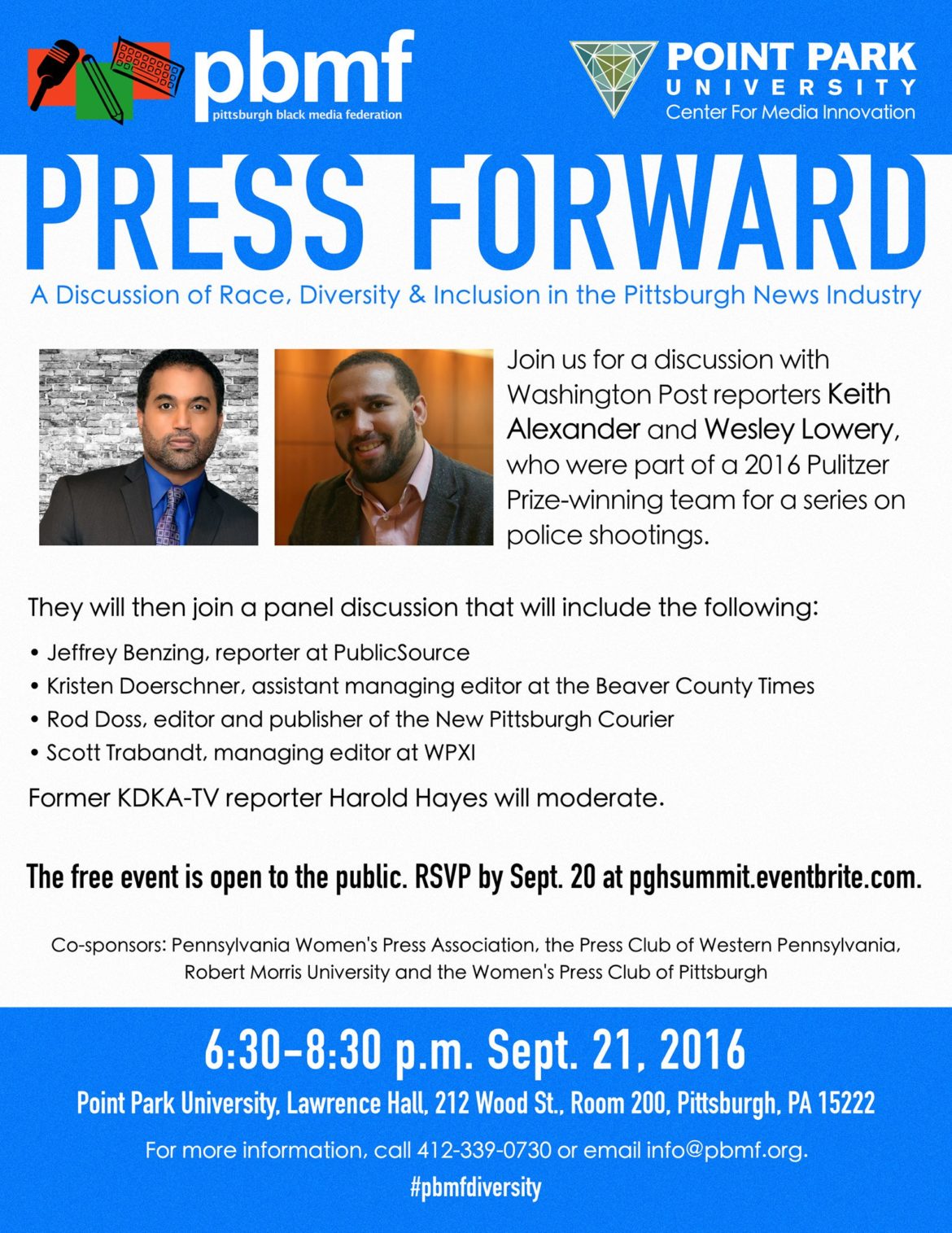 As media, we cover this divide, but we’re not detached from the issue and have a choice to either be part of the solution or stay with the status quo. This involves everyday decisions such as who is quoted in a story and how they’re portrayed, along with larger issues like the diversity of newsrooms that are supposed to hold leaders and institutions accountable for inequality.

To raise awareness, the Pittsburgh Black Media Federation and Point Park University’s Center for Media Innovation are hosting an important discussion Sept. 21 on newsroom diversity and coverage of race.

PublicSource reporter Jeffrey Benzing will discuss our recent project on unsolved murders and the importance of context when looking at the impact of violence on Pittsburgh’s black communities.

Because of their work, an accurate count of police shootings of citizens finally exists. Their series examined racial disparities in shootings and showed how badly the federal government had handled or rather mishandled reporting of these deadly incidents.

Space is limited, so RSVP now.