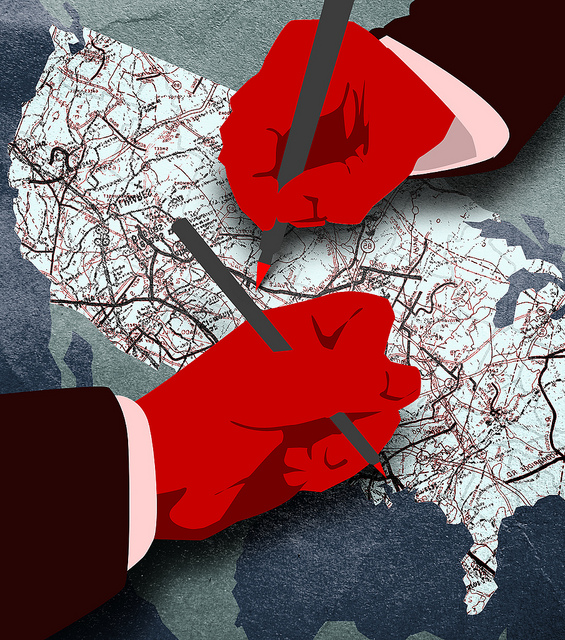 During arguments before the U.S. Supreme Court, the justices cast doubt on the legality of states using independent commissions to draw their congressional district boundaries, according to Bloomberg.

The one-hour argument suggested that at least the Arizona and California systems are now in legal jeopardy. The session focused on the Constitution’s elections clause, which says the rules governing congressional elections are to be set by “the legislature thereof.”

Part of the question posed to the Supreme Court is the meaning of the word legislature and whether that means, strictly, the state’s lawmaking bodies or more generally means the lawmaking process.

Justice Anthony Kennedy pointed to a since-amended provision of the Constitution that said U.S. senators from each state would be chosen by its “legislature.” He said the debate over that provision, which was superseded in 1913 when the 17th Amendment provided for direct election of senators, never suggested that the “legislature” would encompass a ballot initiative.

There are a variety of ways that a state can draw its congressional districts. As you can see in this Washington Post graphic adapted from Reddit, drawing representative districts, compact districts and gerrymandered districts can all result in different outcomes.

Independent commissions are one alternative to the partisan redistricting process than can result from state legislatures. Another comes from a programmer who created an algorithm that only draws the most compact districts.

To learn more about redistricting, you can play the University of Southern California’s educational redistricting game. You can see what it’s like to draw district lines with partisan and non-partisan motivations.