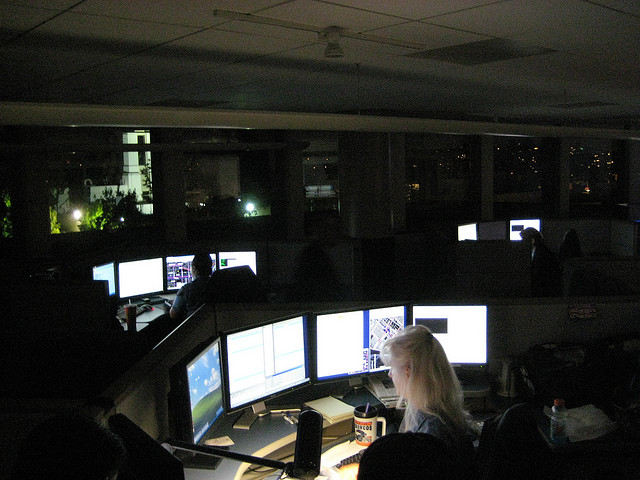 More than 10,000 people die every year because 911 dispatchers couldn’t get an accurate location, according to estimates by the Federal Communications Commission, and cell phone carriers lobbied to weaken rules that would’ve solved this problem.

Rules that would’ve required wireless carriers to have technology that could better locate people calling 911 from cell phones indoors were scrapped in favor of a cheaper, unproven alternative, according to a story by The Center for Public Integrity.

According to a former FCC official in the story:

[This] … is a perfect example of how big money and big corporations can make it appear there’s been a democratic and open process, but in fact they’ve corrupted the science and bought off the very organizations that are supposed to be a watchdog in protecting the public...

The new rules would’ve required wireless signals to be able to pinpoint the floor where the call originated, which is important in cities with tall buildings. The accuracy required to make those distinctions would’ve been 50 meters, down from the old standard of 300 meters, according to the story.

The rules would’ve required the wireless carriers to be able to locate an indoor caller within 50 meters and the floor they are located on 80 percent of time within five years of the rules’ passage.

Instead, the rules that passed rely on WiFi and Bluetooth technologies to locate the closest router to a 911 caller. However, routers can lose signal strength because of walls and there may be a delay in transmitting information back to emergency dispatchers.

The proposed FCC rules were also weakened in other ways:

Deadlines for when carriers have to meet accuracy standards for locating wireless callers were extended and requirements specifically designating indoor-location accuracy were removed.

Technology that could’ve been used to fulfill the FCC’s original proposed rules by provided location information to a specific floor in a building would’ve cost each carrier an estimated $25 million to implement.