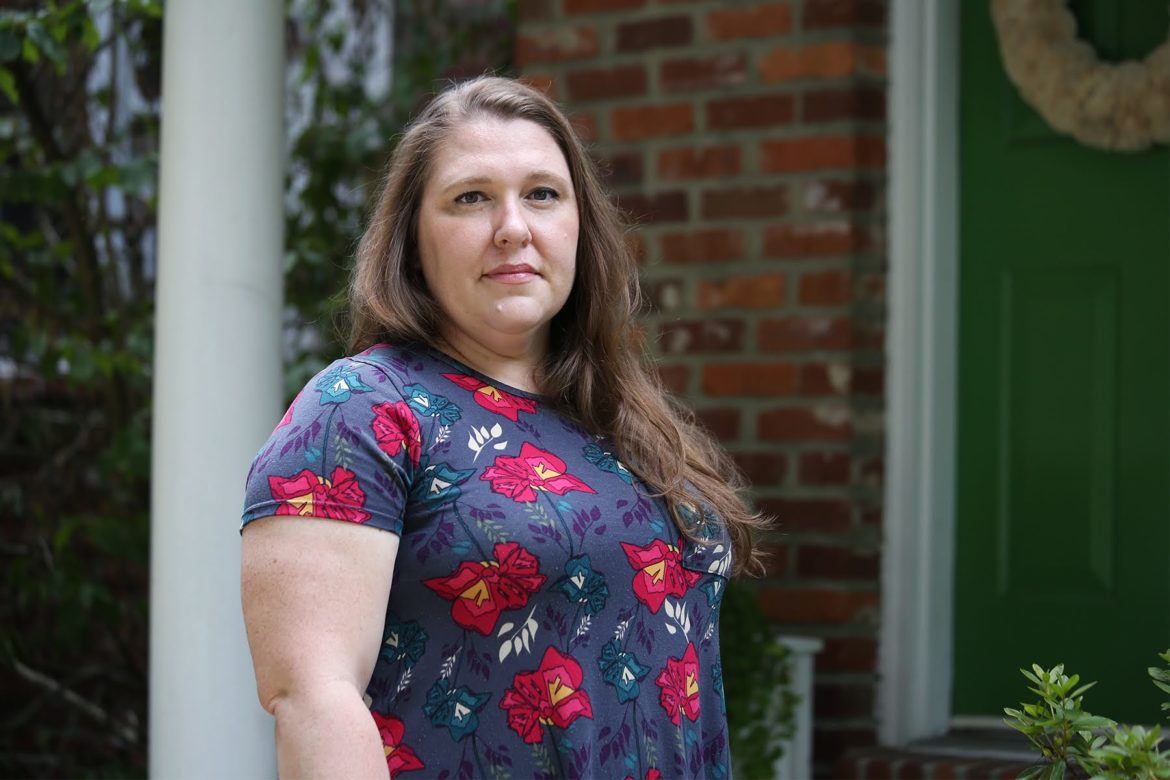 Amy Galloway-Barr is a 10th-grade English teacher at Allderdice High School. As her 17th year in the classroom approaches, her list of concerns grows by the day amid the coronavirus pandemic. (Photo by Ryan Loew/PublicSource)

Pittsburgh Public Schools teacher Keri Cox feels uneasy about the return to school this fall. Her anxiety and questions are piling up, with little to no clear answers. What will happen if she needs to self-quarantine? Will her second-grade students keep their masks on, especially during sweltering heat? Will they understand her speaking through her mask from the front of the classroom?

Without guidance on dozens of urgent concerns by Cox and fellow teachers, she just doesn’t see how she can return to her classroom at Liberty Elementary in Shadyside. Cox, 39, is also a mother to three — a 3-year-old, 2-year-old and 10-month-old — who she fears she’ll leave vulnerable by physically returning to school.

“It just seems like there is right now no reasonable solution and no really easy answers to these questions that we've all been asking,” Cox said.

Teachers who spoke with PublicSource described apprehension to return to their classrooms, despite a deep desire to get back to their students. They worried about safety logistics, their health and their students’ health. Most of all, many worried they wouldn’t be the kind of teacher their most vulnerable students need.

Cox is one of thousands of teachers across Allegheny County and millions nationwide, with countless questions and anxieties about returning to school this fall for in-person instruction. In some cities, teachers have written wills and taken out extra life insurance in anticipation of the return to school. California's two largest school districts, Los Angeles and San Diego, announced on July 13 they will be online only in the fall. In the release, the districts said they continue to plan for a return to in-person learning, “as soon as public health conditions allow.”

As part of the Refuse to Return social movement, #14daysNoNewCases, more than 80,000 educators, students, administrators and other concerned community members nationwide have signed a petition that says they refuse to return to campuses this fall until counties report no new coronavirus cases for at least 14 consecutive days.

“And I gotta admit, I agree. How can we go back with numbers higher than they were when they closed the schools in March? ... How do you do that? How? You can’t.”

In Pittsburgh, a city where the COVID-19 cases have soared beyond where they stood when schools first shut their doors in March, many teachers wonder how a safe physical return to school is at all possible despite a strong desire to return to the classroom.

School is a community beyond its walls, so students and staff are not the only community members at risk; it’s also family members, caretakers or siblings who may go to separate schools in the district, Cox said. Because of that, she said complete online learning “seems to be the safest option.” 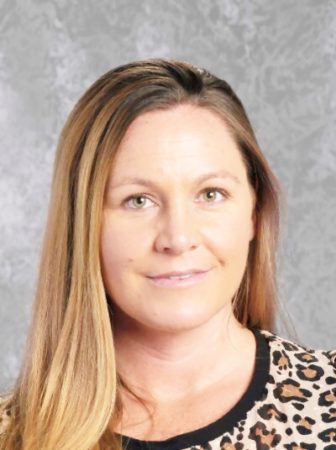 Pittsburgh Public Schools released its health and safety reopening plan on July 22. It will vote on the plan on July 31, following a public hearing on July 29.

“This is something none of us have ever been through and [we] learn new information all the time and there is no one strategy that can guarantee there’ll be no transmission,” Pugh said.

She continued: “We’re going to make sure we put everything in place, as much as possible, to keep transmission low.” Teachers will be provided masks and face shields from the district, among other safety precautions.

Safety is at the top of most teachers' minds, said Nina Esposito-Visgitis, president of the Pittsburgh Federation of Teachers, which serves about 3,100 educators, a majority in Pittsburgh Public Schools.

Esposito-Visgitis was part of the All-In to Reopen Our Schools campaign, which released 407 recommendations on July 15 about how Pittsburgh Public Schools can safely reopen this fall. They’re good recommendations, she said, but “with the number of COVID-related [cases] going up, I just don’t see how [reopening] can be done safely, so it’s really sad.”

She added: “Everyone is so afraid of safety that they aren’t even looking at the recommendations. They’re just saying, ‘How the heck do we go back in any way at all?’ … “And I gotta admit, I agree. How can we go back with numbers higher than they were when they closed the schools in March? ... How do you do that? How? You can’t.” 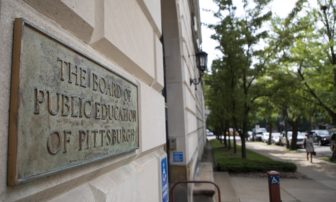 The Board of Public Education of Pittsburgh Administration building located on South Bellefield Avenue in Oakland. (Photo by Kat Procyk/PublicSource)

Pittsburgh Public Schools teachers are scheduled to return to school on Aug. 19 for professional development and to plan for schools to reopen. The start of school for students was moved from Aug. 26 to Aug. 31 to allow more time for staff and teacher training in preparation for the school year.

This year, though, teachers will absolutely need more time, “more time to plan, more time to add protocols to the school,” Esposito-Visgitis said.

For Cox to feel safe, she said the number of cases would have to decrease. Daily temperature checks would need to be done of each person entering the school and school staff would have to receive sanitation training, both of which are in the district's proposed health and safety plan.

The schools are like a “Petri dish of waiting to see what’s going to happen.”

Many teachers statewide would be thrilled to return to schools “and be with their students in person,” but with coronavirus cases spiking statewide, teachers have “understandable concerns” about the health risk, said PSEA communications manager David Broderic. PSEA represents 180,000 educators statewide.

Broderic added that PSEA is working to get Congress to provide emergency federal aid to schools nationwide. Schools will need resources to reopen with COVID-19 precautions, such as making accommodations to reduce the number of kids in classrooms and on buses, and sanitizing buildings “more dramatically than they have in the past.”

“That’s costing school districts a lot more money that they had absolutely no way to plan for even six months ago when they didn’t know this was coming,” Broderic said.

Pennsylvania schools were estimated in April to lose up to $1 billion in local revenue for the 2020-21 school year, a side effect of the economic downturn caused by the COVID-19 pandemic.

In an equity impact report by A+ Schools published in July, multiple experts said going back to school, teachers “will need as much support as possible to make sure [...] high expectations remain.” The report noted that districts need a comprehensive strategy to assess teacher and student needs, as well as professional development: “You don’t want to leave teachers to figure things out on their own.”

‘They need that affection’

Pittsburgh teacher Dawn Miller knows first-graders. They touch everything they shouldn’t. They unintentionally spread germs all the time.

“And just knowing that our buildings aren't as clean as they should be on a regular basis. … And then bring in a pandemic,” she said. The schools are like a “Petri dish of waiting to see what’s going to happen.” 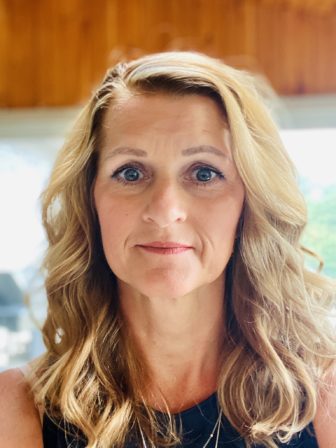 Miller is a Pittsburgh Public Schools teacher who has spent 22 years with first-grade students at Carmalt K-8. At first, she was elated to learn about the push for schools to reopen. But anxiety quickly eclipsed the joy she felt. Even if school does reopen for in-person instruction, it won’t be the environment students and teachers once knew.

She thinks often about the students who have challenging home lives, who “rely on us to get their hugs and smiles and everything else.”

“It's been a long time and a lot of that stuff we're not going to be allowed to do,” she said. And that stresses her, the idea that behind a mask or face shield, and accounting for extra safety precautions, she won’t be “the kind of teacher that those kids need.”

“They need that affection,” she said. “They need somebody that's willing to go the extra mile for them. And we just won't be able to do that.”

Teacher Maria Paul and the parents of her students at Pioneer Education Center in Brookline are torn. On one hand, they want their kids to return to school, but on the other, their children are part of the population most vulnerable to coronavirus. At Pioneer, her students are “medically-fragile” and have multiple disabilities.

Paul said this moment is “pretty scary” and that she has texted with her students’ parents nearly every day since schools first closed. She and parents know that these students “are getting nothing from sitting in front of a computer,” she said.

“We really and the parents really want to get them back to school, too, because a lot of them need a lot of special equipment throughout the day and they don’t have the space in their homes to be able to use that special equipment,” Paul said. “… But it’s also scary because these are the kids that if they catch the coronavirus they’ll probably die from it, due to their underlying medical conditions.”

Amy Galloway-Barr’s list of concerns grows by the day. She thinks about the hallways of Allderdice High School, where she teaches high school English, and wonders if they’re wide enough to socially distance. She’s on the brink of her 17th year in the classroom, and no matter what school and government officials decide, it won’t be anything like it was before. 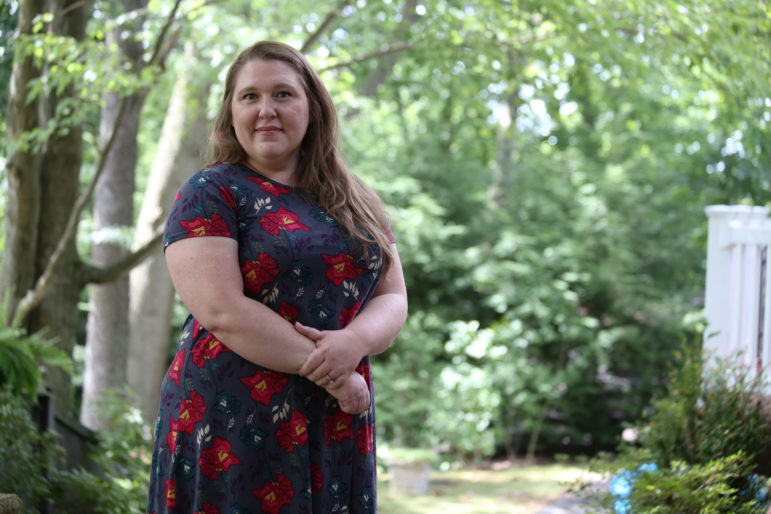 Amy Galloway-Barr, a 10th grade English teacher at Allderdice High School, worries the return to physical school with masks, social distancing and other precautions would be “incredibly isolating and lonely for all of us.” (Photo by Ryan Loew/PublicSource)

Though she doesn’t have underlying health conditions, “I have kids of my own and I think that my life has value,” Galloway-Barr said. “I don’t think they should be sending us back where the kids would be vulnerable … the staff would be vulnerable … and where kids could be carrying home COVID-19 to their parents and grandparents.”

Allderdice pulls students from all 90 Pittsburgh neighborhoods, which creates a diverse school community, she said, but isn’t great for managing coronavirus spread when “you have all of these kids coming in from all over the place and then if there’s an outbreak in Allderdice, then all of those kids are then disseminating back into every single neighborhood of Pittsburgh.”

In general, she worries the return to physical school with masks, social distancing and other precautions would be “incredibly isolating and lonely for all of us.”

It “would hurt my soul to go back and be in that situation where it felt very isolating and alone, where usually school feels very inclusive and together,” she said.

Update: The story was updated to reflect a date change for the legislative session of the Pittsburgh Public Schools board.