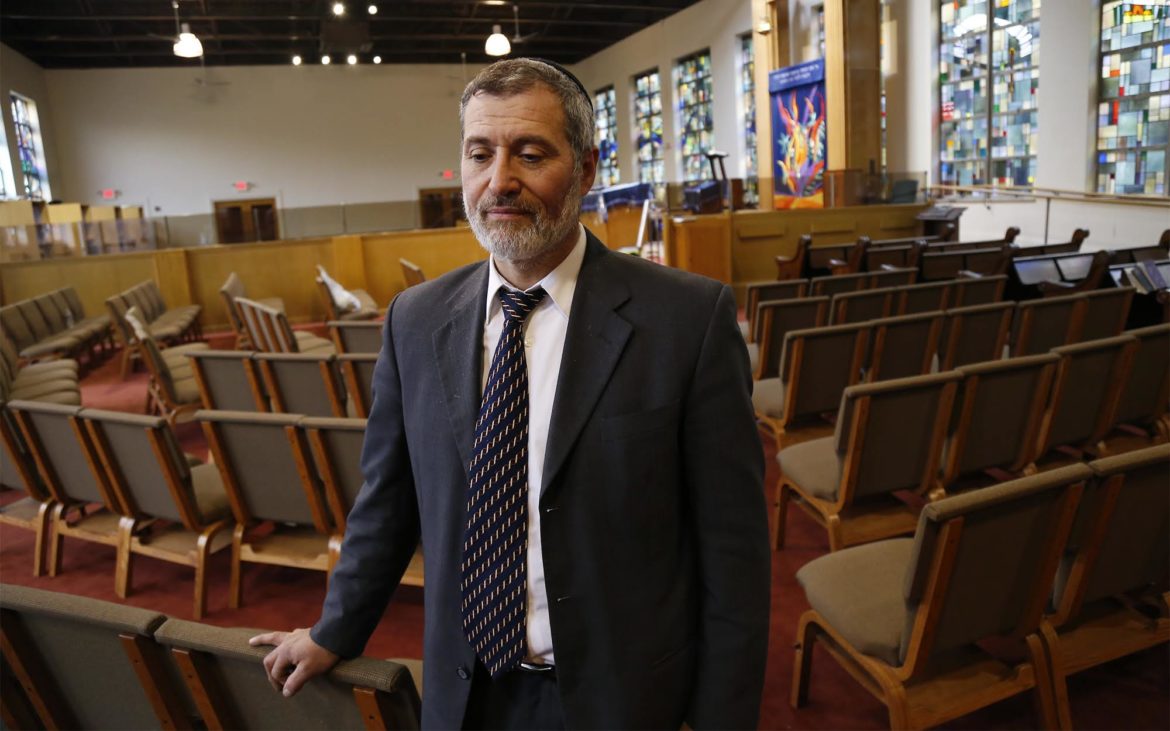 On Oct. 27, 2018, the Pittsburgh-area faith community experienced its worst nightmare.  A Jewish place of worship in the heart of Pittsburgh became the target of a hate crime.

The mass shooting affected Pittsburghers beyond the four walls of Tree of Life synagogue in Squirrel Hill, renewing security concerns for people in all of the places they frequent, from places of worship, schools and workplaces to theaters and malls. 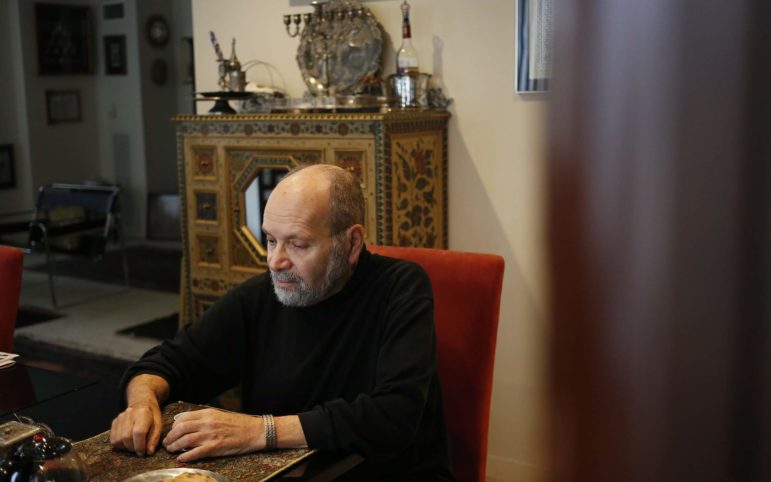 Stephen Mallinger is cousin to Rose Mallinger, one of the 11 people killed in the Oct. 27, 2018 Tree of Life shooting. (Photo by Ryan Loew/PublicSource)

After the shooting, Wasiullah Mohamed explained his thinking on what it takes for a community to feel safe.

“Peace of mind is a complicated thing,” said Mohamed, who serves as the executive director for the Islamic Center of Pittsburgh. The solution to the safety concerns of worshippers, he continued, lies in creating a safe community. “If we know that xenophobia and Islamophobia and vilification of marginalized and minority communities is less of an issue in America, then people will feel safer. If we know that that’s not the case and we are not moving towards that, then people don’t feel safe.”

Roughly a year and a half before the shooting, PublicSource interviewed representatives from six Pittsburgh area places of worship on preventing and addressing hate crimes, gun violence and thefts. The congregants and their leadership, representing four different faiths, highlighted several security concerns.

Each had different concerns, though, with some more focused on preventing break-ins and theft than reacting to an active shooter situation. Some religious groups said they were bullied on social media, while others reported to be victims of “telephone terrorism.” Some consulted with emergency response officials; others considered or had already installed surveillance cameras.

At the time, the Jewish Federation of Greater Pittsburgh had recently hired Bradley Orsini as security director; he’s a former FBI agent. He was in the process of developing a comprehensive security plan for the Jewish community. The plan covers nearly 49,000 people across the Pittsburgh area.

Orsini highlighted the necessity of building community resilience through security awareness, trainings, drills and local partnerships. “We are all one community and we want everybody safe,” Orsini said in his March 2017 interview with PublicSource.

The drills and partnerships came into play on the morning of Oct. 27 when Robert Bowers opened fire at Tree of Life.

According to Orsini, who spoke with PublicSource again in November, the revised security model after the shooting at Tree of Life would have to encompass inspections at every organization’s individual facilities. The goal is to address vulnerabilities while maintaining a welcoming culture. “That’s a very delicate balance,” he said.

Orsini’s approach aims to prepare congregants to react in emergencies. For some, this includes training on survival strategies, such as “Run, Hide, Fight,” ALICE (Alert, Lockdown, Inform, Counter, Evacuate) and Stop the Bleed models. The goal is to train individuals to respond to an active shooter and tend to the situation for three to five minutes until first responders arrive. These trainings, in addition to an ongoing emphasis on situational awareness (see something, say something) and recognizing hate indicators could help to minimize loss of life.

Orsini has consulted for other organizations, such as performing active shooter and situational awareness trainings for the Muslim Association of Greater Pittsburgh [MAP]. He’s talked to the Quaker Valley School Board as part of a panel on school safety. And, he also organized  “a community-wide civil rights symposium” in partnership with the the United States Attorney’s office and the FBI. He also organized a discussion with the FBI on Jan. 29, 2019, on “Extremism and Hate Crime Indicators.”

Orsini advises all faith leaders not to limit security response to the most extreme incidents.

He urges the community to report not only actions, but also signs of hatred, like swastikas. Social media posts count as well. His advice is to report anything of urgent nature to 911, followed by directly contacting law enforcement. He also makes himself available to document any incidents or information related to hate crimes. 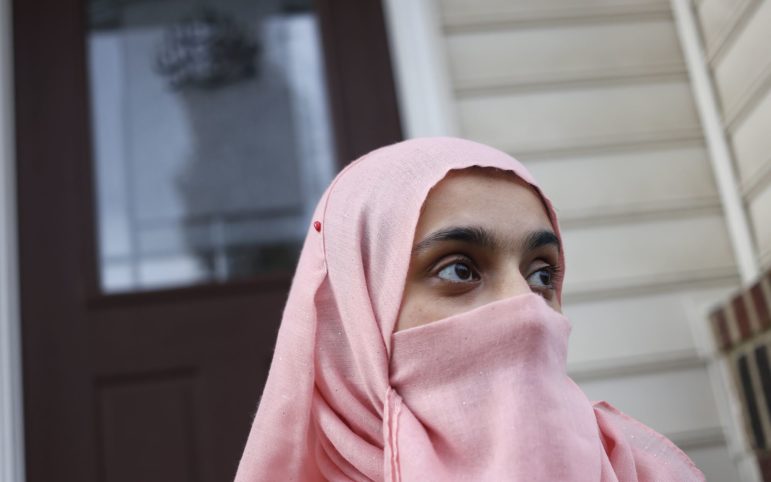 Fayiza Muddassar at her home in Pine Township. Because of her head-covering and outward appearance as a Muslim woman, Muddassar said she feels susceptible to hate crimes. (Photo by Ryan Loew/PublicSource)

Fayiza Muddassar, of Pine Township, attends MAP in Richland Township in Allegheny County. She feels susceptible to hate crimes because of her head-covering and outward appearance as a Muslim woman. She refers to an incident in 2016, when a motorcyclist zoomed by her mosque hurling slurs like: “Go home!” In an open gun culture, it could have meant more than verbal abuse. “He could just, you know, open fire,” she said.

Rabbi Daniel Wasserman of Shaare Torah Congregation said Pittsburgh needs to achieve solidarity in the face of adversity. Following the shooting, “I made an important point about walking through the streets saying, ‘Hello,’ to people,” Wasserman said. He has encouraged all in his congregation to do the same.

Shaare Torah in Squirrel Hill went into lockdown during Shabbat services the day of the shooting at Tree of Life. After that experience, Wasserman said he believes the synagogue is in need of a more robust security protocol. Shaare Torah’s security committee is working with Orsini to discuss precautions with members.

All major Jewish institutions in the Pittsburgh area have developed an internal security committee to assist Orsini in addressing the unique needs of individual congregations.

It’s important to develop long-term partnerships with law enforcement and open up places of worship to them, he said. Their first time in there should not be while responding to a crime scene, Orsini said. 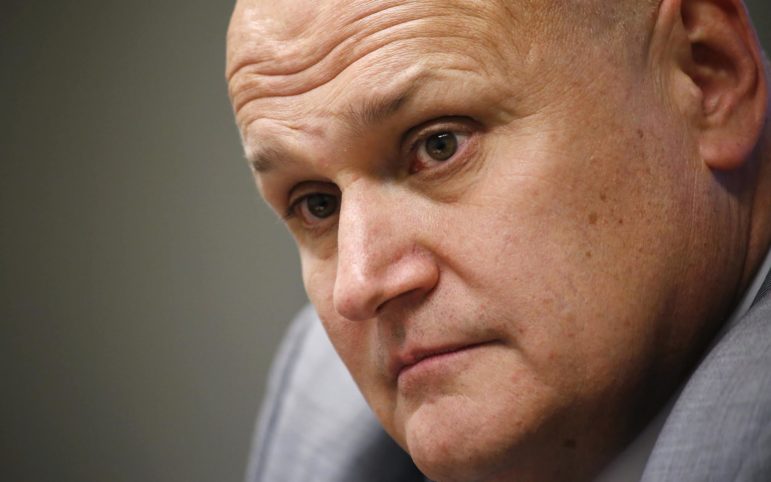 Bradley Orsini, a former FBI agent, serves as the security director for the Jewish Federation of Greater Pittsburgh. (Photo by Ryan Loew/PublicSource)

He has further advised all Jewish organizations to apply for the U.S. Department of Homeland Security’s Nonprofit Security Grant Program that provides funding to  enhance “preparedness” for nonprofit organizations “determined to be at high risk of a terrorist attack.”

In the months following the Tree of Life shooting, the local faith community continues to work with the local government and law enforcement on providing better security for congregants.

Saima Sitwat is a writer and educator based in Pittsburgh. She can be reached at saimaadil@hotmail.com.