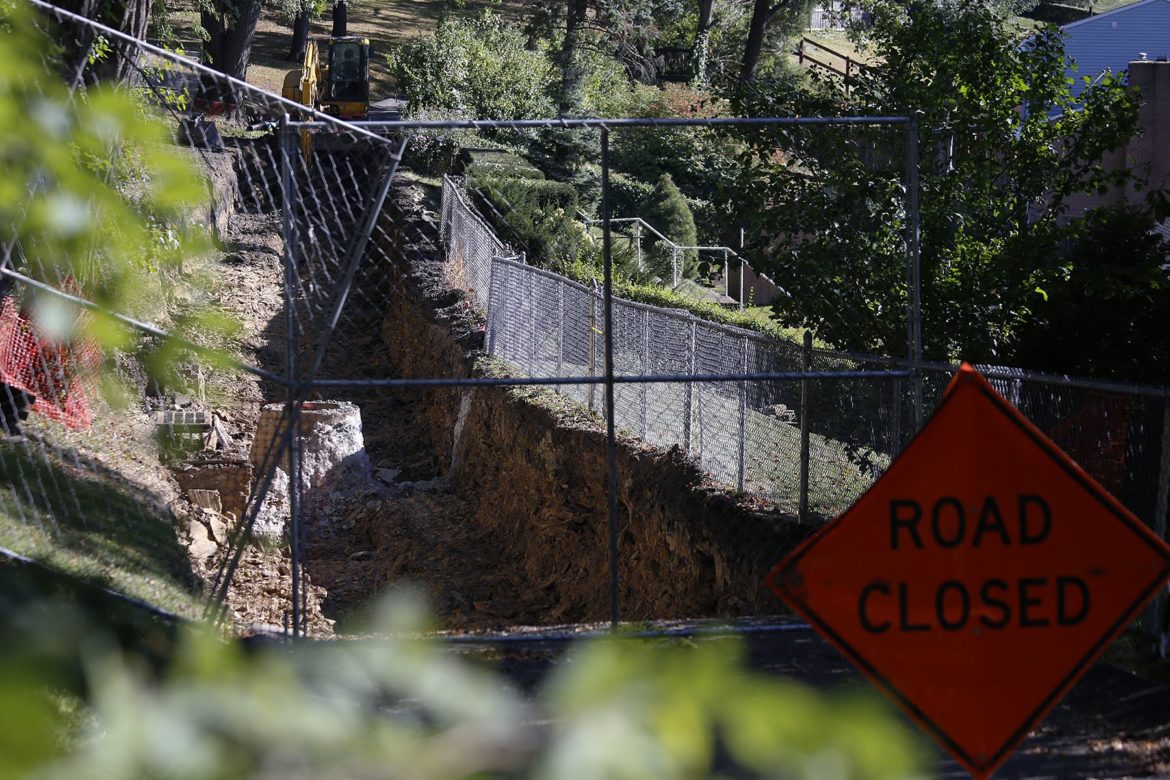 In response to resident complaints of flooding and basement backups, the Pittsburgh Water & Sewer Authority announced plans for $500,000 in stormwater improvements to Phillips Park in Carrick. (Photo by Ryan Loew/PublicSource)

Cities and other governmental agencies throughout the country are borrowing large sums of money through bonds to mitigate or stave off the effects of climate change.

And while efforts in the Pittsburgh region are not being labeled as "green" or "climate" bonds (like they are in cities like Columbia, S.C., Tampa, Fla.), several area entities are using bond financing to pay for projects that officials say will help stop some of the harms caused by climate change.

As municipalities begin to take action against climate change — whether that be bolstering public transit, raising roadways or building infrastructure to prevent flooding or landslides — they’ll need money.

And where will they get that money?

“The vast majority of state and local preparation for climate change will be financed through the municipal bond market,” said Matt Fabian, an analyst who studies that market for Municipal Market Analytics.

Issuing a bond is the practice of a government body borrowing a lump sum of money, typically to pay for significant capital projects like building a road or a school. Bonds are a type of investment and a government body that issues one will pay interest in addition to the principal amount it borrows. Bonds are a way for governments to get needed cash and are typically a safe, predictable option for investors.

In recent years, Tampa, Florida, and Columbia, South Carolina, have issued a “green bond” and “climate bond,” respectively, to mitigate increased flooding. In New York City, the Metropolitan Transit Agency has issued several climate bonds over the last few years to improve and expand its bus and subway systems. (Expanding public transit is commonly thought of as an effective way to reduce the amount of carbon emitted into the atmosphere.)

“One of the things that’s going to lead to governments selling more bonds…is their understanding and disclosure of their climate change exposure,” he said.

In recent years, Pittsburgh-area officials have been studying how to pay for critical infrastructure to mitigate climate change and reduce greenhouse gas emissions. Some climate-related projects — such as those to mitigate flooding and stormwater management — have been paid for with parts of traditional municipal bonds. Pittsburgh isn’t yet jumping into the green bond market, but it could in the future and it’s taking climate change-related projects, seriously, the city’s chief resilience officer, Grant Ervin, said.

“We have not taken green bonds off of the table,” Ervin said. “It could be something we utilize in the future if the economics and the projects aligned and make sense.”

He said the city will do a climate change adaptation assessment in the coming years “that could help shape some of our thinking.” The Pittsburgh Water & Sewer Authority [PWSA] is in a similar position..

“We are constantly evaluating ways to reduce our borrowing costs,” said PWSA spokesperson Will Pickering. “We would consider issuing green bonds or something similar if it would provide better terms than our traditional municipal bonds.”

Last year was the city’s wettest year on record, according to the National Weather Service. Accounts of flooding have become more common, and landslides have damaged properties and infrastructure, leading to increased remediation costs.

Grant Ervin, chief resilience officer for the City of Pittsburgh, said he is beginning to think about what funding is available to solve those problems. 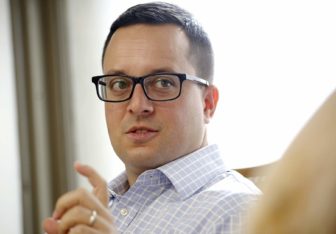 “If we do continue to see the types of precipitation, and we do continue to experience the number of landslides, that's going to have a detrimental effect to the current status quo,” Ervin said. “So we need to think differently about ... how we operate and the types of funds that we have in order to mitigate those risks.”

In 2018, the city had set aside about $2.25 million for landslide mitigation but, due in part to heavy rainfall that the mayor attributed to climate change, the city went over budget. In 2019, the city set aside $6.8 million for landslide remediation and an additional $3.6 million specifically for “flood control,” both of which came from bond funding, according to the city’s budget. This year's budget also included additional funding for flood mitigation projects, including for Four Mile Run and Streets Run. The city is continuing to put more funds toward landslide prevention and cleanup in the 2020 budget, Ervin said. The mayor’s proposed budget will also include $500,000 to distribute more recycling bins, he said. And Councilman Anthony Coghill, who represents the city’s southern-most neighborhoods is planning to ask for funds to buy several homeowners out of their properties because flooding has gotten so bad.

The Pittsburgh Water & Sewer Authority [PWSA] is thinking about climate change mitigation, primarily by addressing flooding and stormwater issues. Recently, in response to resident complaints of flooding and basement backups, the authority announced plans for $500,000 in stormwater improvements to Phillips Park in Carrick. During periods of heavy rainfall, the project will help trap stormwater underground until it can be released into the stormwater system. PWSA is paying for that work with an existing bond, Pickering said.

“We are factoring in climate change into our existing stormwater management programs that are designed to improve water quality, reduce flooding and mitigate sewer backups,” meaning more stormwater and rainfall-related projects, Pickering wrote in an email. “This is an additional expense that will likely be funded through municipal bonds.”.

That project is just one example of PWSA’s broader efforts to cut down on sewer overflows and flooding, both exacerbated by heavier rainfall. Under the label of “green infrastructure,” PWSA has been building rain gardens, bioswales and retention tanks to ease the effects of too much water in the current system.

As climate change continues to worsen, PWSA Executive Director Bob Weimar said the authority will be examining how much more mitigation it can do.

“We need to look ahead and determine whether or not we should be thinking of a much higher degree of prevention or protection and how much can we afford,” he said.

At the Allegheny County level, there have been a number of “sustainability projects” like installing solar panels and putting LED bulbs in streetlights that have been paid for with bond money, spokesperson Amie Downs said. A list of additional projects, like buying electric vehicles for county employees to use, are upcoming, she said. Because sustainability and infrastructure is factored “into everything we do,” Downs said, the county isn’t issuing climate-specific bonds but rather using standard municipal bonds it would use for other projects as well.

Climate change is also anticipated to affect credit ratings for municipalities. To borrow money, municipalities have their credit assessed by a rating agency, like Moody’s or S&P. Increasingly, those firms are asking local governments about their area’s exposure to climate change.

Ervin said he has been a part of some of those conversations and said rating agencies are beginning to ask Pittsburgh about whether it has a climate plans, what risks it could be exposed to and whether the city is pursuing green infrastructure. (The city is on its third version of a climate action plan.)

“I think, in many cases, those bond rating agencies are looking at the municipalities and government agencies that they are underwriting to understand what is happening in those cities,” Ervin said. “[They’re asking], ‘Are you making these considerations as part of your normal course of business?’”

Because Pittsburgh is already thinking and planning around climate change effects and prevention, Ervin said he’s hopeful for the city’s future:

“By the city doing these things, we’re being good environmental stewards, but also good economic stewards of taxpayer resources."