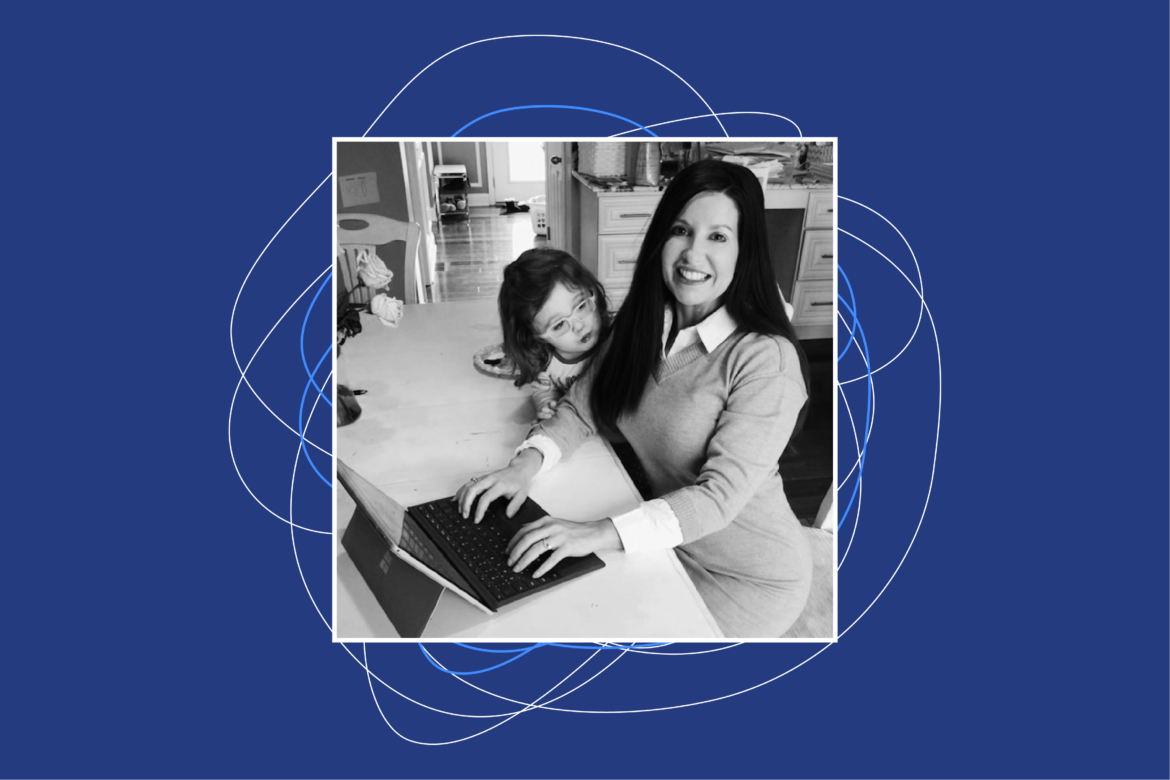 Cherie River has found a way to keep her business alive while working from home. (Photo courtesy of Cherie River)

Last Friday, March 13, Cherie River was in a panic.

River is the CEO and owner of four businesses that provide physical therapy, speech therapy, counseling and behavioral therapy for kids with special needs in six counties and 10 school districts in the Pittsburgh region. She has 60 employees. But with much of the area in quarantine due to the coronavirus, many of River Pediatric Therapies' clients were scared to show up for appointments and felt too financially strapped to pay.

Would her businesses make it? She wasn't sure. She believed the county’s guidance didn’t allow them to meet with more than 20 people at a time, so last Monday morning, March 16, she and 19 employees met, while the rest video conferenced in. And they came up with a plan.

They began to shift their business to telemedicine. The week before they had accommodated a concerned parent who had asked about setting up a telemedicine appointment. So they already had a trial run with the technology and could roll it out more widely. But first, they had to reach out to the families individually and reassure them about their new practices.

By Monday evening they were already starting to see clients remotely, she said. And by Thursday, she said, they had 52 appointments scheduled for that day alone. “That has saved my company,” she said.

River said she still lost 70% of her business, even after she salvaged what she could, and that meant her employees were going to have to take big pay cuts to avoid layoffs. She switched her contract employees to hourly and reduced their hours, which she said would make them eligible for partial unemployment compensation.

"We could have all just said: this is getting really tough. We're just going to close our doors. Everybody's on unemployment. Company's closed,” she said. "We chose to rise to the challenge. And my employees chose to do that. They chose to continue on with the company taking pay cuts."

Part of what made it possible is a law passed by Congress on March 6, which allowed Medicare and Medicaid patients to be reimbursed for telemedicine therapy during the coronavirus emergency. The law also relaxed the restrictions on what kind of video conferencing software was required, allowing popular software such as FaceTime and Skype. But River has opted to use doxy.me which is compliant with federal medical privacy laws and follows best practices.

“If we didn’t have that legislation in place I don’t know how I would get through this because even Highmark wouldn’t pay for this,” she said. “And now insurance companies are having to cover it.”

But her income, already massively reduced, is more uncertain than ever. That’s because she has never been reimbursed for these kinds of services from insurance companies before, so she doesn’t know how much she will receive and it will take about six weeks to find out what they’re going to pay. She’s used to fighting insurance companies to pay up what they owe. “I always go to battle,” she said.

While dealing with all of her business challenges, River has also been trying to parent three children and help the two older ones adapt to doing their school work from home as she tries to save her company.

River has a unique vantage point into how families across the region are trying to cope with the changes. Many of her business clients are just looking for help learning how to balance working from home and taking care of their special needs children at the same time, she said. They need help organizing their time and learning to create new rules. “A lot of our children who have autism are escape artists and that’s a challenge for a mom that’s at home all day and doesn’t have those boundaries set up yet,” she said.

As of Friday, all of their work has moved remotely due to an order by Gov. Tom Wolf that businesses not considered “life-sustaining” close their physical locations.

River has found that telemedicine provides some benefits over traditional therapy because the therapists can adapt their recommendation to the peculiarities  of each home. For instance, she said, one therapist was trying to help a mother figure out a way to get her child to eat her meals. Being able to see where the child was eating on the video call, meant the therapist noticed the child’s feet couldn’t touch the ground in her chair. The therapist told the family to put a box under the child’s feet. “So those are little things that we would not have picked up on if they were sitting with us in our clinic,” River said.

Although she’s done what she can for her company, she said she needs help. She wishes there was some financial backing to help parents pay for support services. She has lost many of her clients because they feel financially insecure and can’t afford the cost of therapy or even a co-pay during a time of such uncertainty.

She thinks her business could be stronger after the crisis is over. “Even though it's a hardship, I am learning and I feel like at the end, it's going to allow us to find new opportunities and ways to make all of our small businesses here in the Pittsburgh area work to be stronger,” she said.