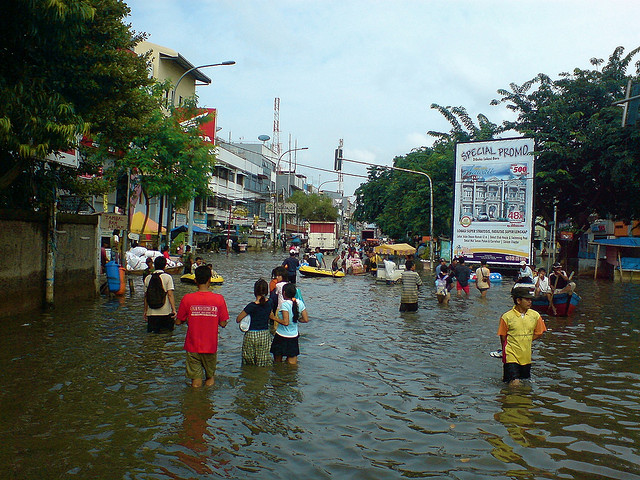 The prevalence of floods, extreme heat, drought and apocalyptic snowstorms is increasing, and climate-change believer or not, severe weather affects everyone.

A new report by the British medical journal The Lancet analyzed climate change and the resulting severe weather as hazards to human health, which are particularly perilous for older people.

Studies conducted in the past looked at expansive, unpopulated areas like the ocean and predicted rises in sea levels. They don’t convey the same sense of urgency that The Lancet’s report does, because it’s the first large-scale study to determine what will happen specifically to people.

The Lancet report examined high-risk geographies against high, and growing, human populations, which includes the elderly.

Recently, heat waves have been ransacking the East Coast. The elderly are especially susceptible to heat, so rising temperatures pose immediate health risks.

In the next few decades, older people’s exposure to heat waves is expected to go up by a factor of 12, according to a New York Times story on the study.

Other notable effects, like the persistence of heavy rain and flooding that pummeled Texas and Oklahoma last month, are expected to hit dangerous levels.

For instance, people can expect quadruple amounts of rainfall, so imagine any flooding in the past few weeks at four times that amount.

Another imminent disaster could be the drought in California — within the next century, human exposure to drought will triple.

Additionally, carbon emissions rates are already above the worst-case projected scenarios from 2009, and there are no worldwide policies on how to contain them. Consequently, projections for mortality, illness and famine have increased as well.

The report estimates exposure events over time. Each year, the amount of older people who experience heat waves will increase by three billion. For drought, a billion more people. And extreme rain, two billion, because worldwide populations are expanding.

A United Nations summit will be held in December to discuss global policies to limit greenhouse-gas emissions.