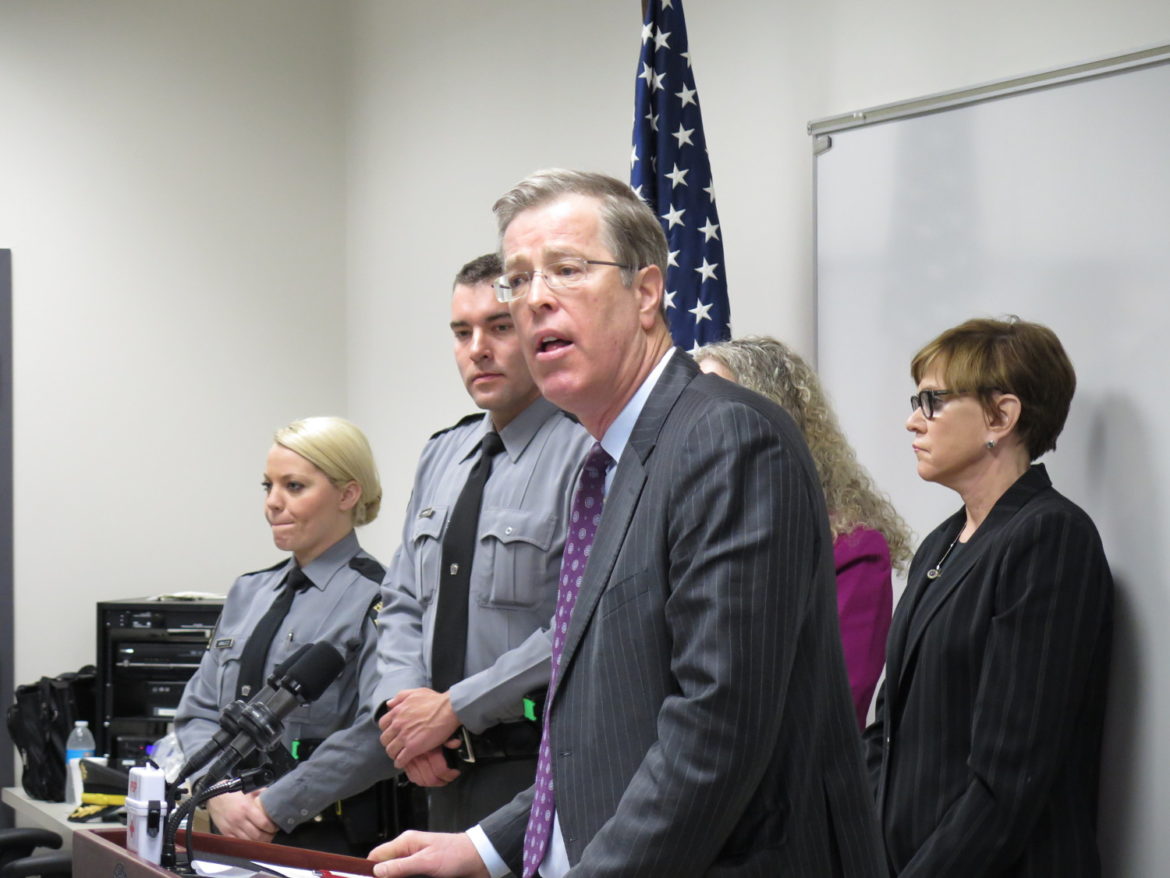 Heroin abuse has reached crisis levels in the commonwealth and across the Northeast.

But determining the full scope of the problem is proving harder than one might think.

Without a single standard in Pennsylvania, the state's 67 county coroners and medical examiners operate under their own individual set of rules to determine if a drug overdose was caused by heroin.

"Well, I would be looking for this, what we call 6 mam or monoacetylmorphine. It's a metabolite that is found in heroin," said Dauphin County Coroner Graham Hetrick, explaining how his office decides when a death can actually be called a heroin overdose.

A typical toxicology report will list "positive findings," which coroners and medical examiners then use in making a cause-of-death determination.

The toxicology report is just one piece that goes into making a final ruling. Hetrick’s staff also looks at physical evidence that might be found during the investigation.

"We take all drugs that are at the scene; you'll see the pill counter over there," Hetrick said. "We many times see heroin packets in the house ... they actually have stamps on them many times, and so we'll try to figure out and document that."

Staff might also talk to people who knew the deceased person. Still, Hetrick said the toxicology report is the biggest factor.

This is the process for one office. All 67 counties in Pennsylvania have their own checklist, and often, it's different.

Could that still play a role in making a determination?

"Probably not," he said.

So before anything is even submitted to the state, county coroners already have different factors that could affect a decision on whether a death is a heroin overdose, multi-drug toxicity, or a general drug overdose.

Despite a recognized heroin crisis, Pennsylvania has no state standards for coroners and medical examiners charged with determining the cause of fatal overdoses.

To weigh in locally, contact your county coroner or medical examiner.

To make your opinion known on a state level, contact the Pennsylvania State Coroners Association.

No state agencies publish current overdose statistics. To learn more about data collection and to request that it be made public, contact the Department of Drug and Alcohol Programs, the Department of Health and the Office of Attorney General.

For data on overdoses in Allegheny and Westmoreland counties, visit OverdoseFreePA.

Does it actually matter if an overdose death is linked to a specific drug?

"It's absolutely critical," said state Department of Drug and Alcohol Programs Secretary Gary Tennis. "It helps us determine where we need to put health resources, law enforcement resources. It actually is a matter of life and death that we get good statistics. We know that quality varies from county to county and varies from state to state."

Tennis said coroners might defer to the family and mark an overdose as respiratory arrest on the death certificate. If that happens, the heroin epidemic will look smaller than it actually is.

"This is a disease like any other disease. We absolutely need 100 percent accurate reporting,” he said. “All of government does, because we can't address the problem if we don't have a good grasp of exactly what the problem is, where it is, how bad it is, what drugs are involved, who is overdosing, all that information we've got to have."

In York County, the heroin epidemic has hit hard. Fifty-six people died from a heroin overdose last year, up from 17 in 2013. County Coroner Pam Gay said when she took office last year, she decided to make compiling an accurate count of heroin deaths a priority.

Gay has aggressively tried to get a handle on heroin's reach in the county, going so far as to document "heroin-related" deaths on top of the numbers submitted to the state.

She also keeps a count for her office's internal use that includes overdoses where the user may have thought they were getting heroin, but instead took another drug, like fentanyl.

On the western side of the state, in Allegheny County, Medical Examiner Dr. Karl Williams has practically made heroin overdose reporting real-time.

But there's still the question of how counties actually determine when an overdose death is heroin-related.

"What they get back from that lab is a list of drugs that are present,” Williams said. “It's up to the individual coroner to turn that into a death certificate, so there's no standards with how they do that.”

But guidance does exist, from the National Association of Medical Examiners. Dr. Kurt Nolte, who helped write the guidelines, said Pennsylvania has to do better.

"Well I would hope it's not very difficult because medicolegal death investigations are platforms that are supposed to support public health and public safety," Nolte said.

The Department of Health's most-recent publicly available drug overdose numbers are for 2012 and don't go into detail about specific drugs like heroin.

In early 2014, the Department of Drug and Alcohol Programs started to collect more information. It now asks coroners and medical examiners across the state to fill out a two-page form, with room for listing out every substance that was found in someone's system, plus any evidence collected from the scene.

There's also efforts to collect data from hospitals and ambulance providers, but Tennis is frustrated.

"None of those reporting systems are really complete in terms of giving us what we need,” he said. “I'll admit it. We're struggling with trying to figure out how to bring those systems together and give us a more up-to-date accurate picture."

He’s been vocal about the importance of rigorous statistics.

But he also sounds unsure about what statistics his agency will eventually have.

Meanwhile, the state Office of Attorney General is trying to put together its own database, but it's still in the planning stages.

The best option may be the Pennsylvania State Coroners Association, which is gathering numbers for 2014 heroin overdose deaths on its own.

"Statistics are very important to really understand the problem and to plan a way to beat the problem," Gay said. "Me talking about it doesn't enact change at the state level, and I know that."

It's the deaths that grab the attention of lawmakers, public health advocates, and the public.

But when overdoses are calculated in different ways and aren't up to date, do they really capture the scope and depth of the problem? Leaders in addressing the heroin epidemic hope it will one day be in decline, and real numbers will prove it.

Ben Allen is a General Assignment and Transforming Health Reporter at witf in Harrisburg. Reach Jeffrey Benzing at 412-315-0265 or at jbenzing@publicsource.org. Follow him on Twitter @jabenzing.