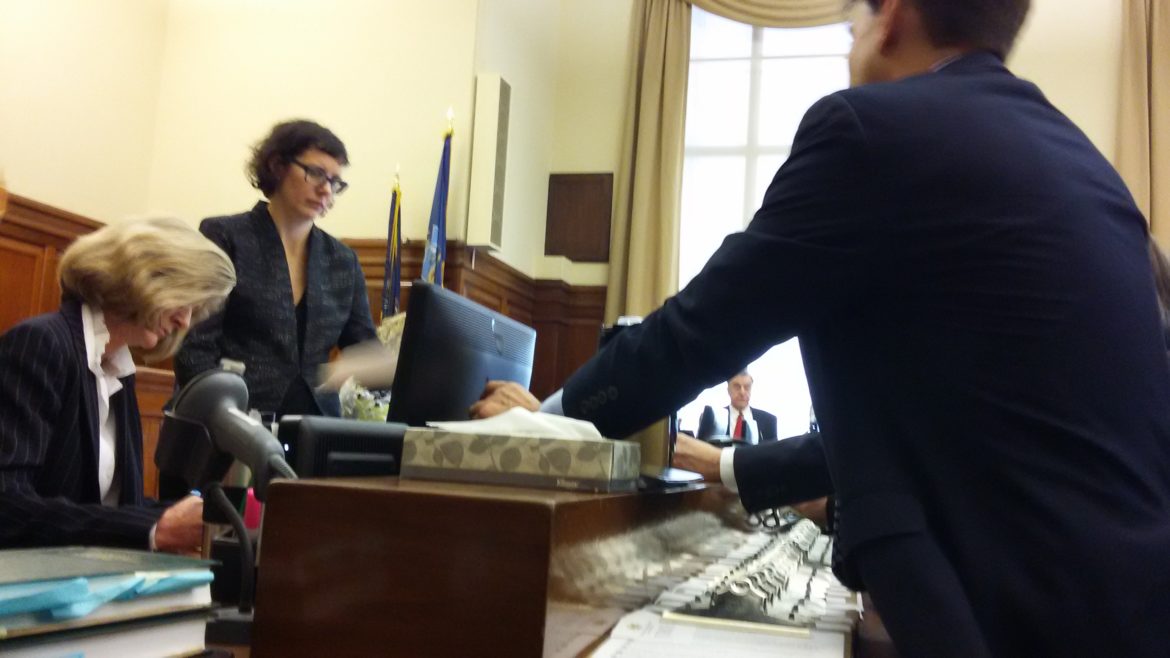 If you're not on the voter rolls when you show up at the polls, but you know you're registered to vote, don't despair. Pull up a voter registration database on your phone and prove it.

An Allegheny County judge signed an order Tuesday afternoon that says voters can cast a ballot if they show the Judge of Elections at their polling place they are indeed a registered voter on the online voter registration databases maintained by Allegheny County or the Pennsylvania Secretary of State.

Otherwise, voters must cast a provisional ballot and elections officials must verify that they are registered before their vote is counted.

Judge Jill Rangos issued the order after Heather Heidelbaugh, a lawyer representing the Republican Party, argued that a poll watcher at an Oakland voting station was interacting with a the Judge of Elections while assisting voters in checking their voter registrations.

Poll watchers are allowed by law to help voters check their registrations but may not interact with the Judge of Elections. Heidelbaugh argued that the votes cast while this was happening should be tracked so that it would be possible to challenge them in court in the case of a close election.

The order clarifies that voters are allowed to prove they’re registered to vote by showing their registration information from the county or state database on a laptop or cell phone to a Judge of Elections. The order also clarifies that a voter may vote at a machine once they prove they are registered, rather than vote by a provisional ballot.

At the polling stations in Oakland, both the William Pitt Union and Soldiers and Sailors Memorial Hall, Nick Smith, a Democratic poll watcher said he helped students at the University of Pittsburgh figure out if they were registered to vote by looking up their status and polling location online. Kathleen Gallagher, a Republican poll watcher, said Smith was interacting with the Judge of Elections and that around 15 students had voted on machines as a result.

The testimony before Rangos did not make it clear exactly how many students had voted as a result of Smith interacting with the Judge of Elections or how long he had helped them. Smith said he helped students for about two and a half hours while Gallagher said he helped them for around four hours.

As a result, Rangos’ order includes a section that says county election officials will keep track of the serial numbers of the voting machines at both the William Pitt Union and Soldiers and Sailors. In the case of a close election, this will allow Republican Party lawyers to contest the votes tallied there in court, but it does not mean that those votes will not be counted.

Heidelbaugh, the lawyer representing the Republican Party, said the order is proof that Republicans are not trying to keep voters from casting their ballots at the polls.

“Everyone is trying to say that we’re trying to stop students from voting. No,” Heidelbaugh said. “We didn’t obstruct [the order]. We agreed to help get people through.”