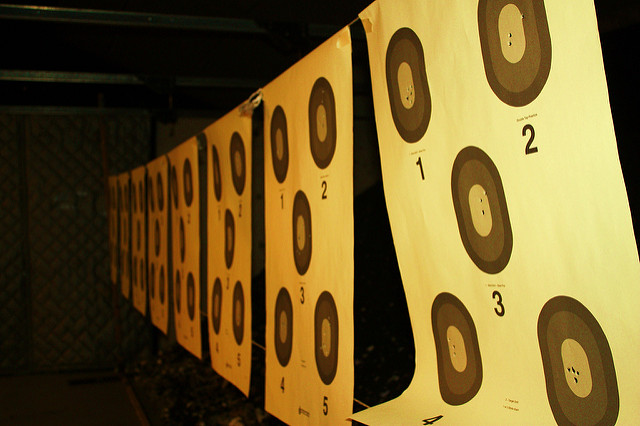 Pennsylvania state troopers were involved in eight fatal shootings last year, according to an internal report that tallies deaths but doesn’t give any further details about how they transpired.

That single number — eight — is the most complete accounting the agency has made for trooper-involved shooting deaths in 2015.

A Pennsylvania State Police spokesman said the tally includes two cases where troopers were present but another law enforcement agency fired the shots. All investigations were deemed justified, he said.

But the internal report gives no information on when the shootings happened, who was killed and how many troopers or other police were involved. A compilation of news stories lists only five deaths for the year.

Last fall, the state police refused to give PublicSource a basic tally of fatal shootings from 2013 through mid-2015. Previously, The Wall Street Journal was given exactly those statistics for 2007 through 2012. The state police this week only provided totals for 2015.

Recently, journalists at several news organizations exposed the massive shortfall in the federal government’s count of the times police kill residents nationwide. It’s only because of projects by The Washington Post and The Guardian that the public can find even basic details on hundreds of police shootings.

But what does that mean for the state police?

We don’t really know. In the years covered by the Journal, the agency reported higher numbers to the FBI than to the press. The FBI numbers include some shootings involving other agencies, the Journal said, though the data does not differentiate.

For 2015, FBI data has only two fatal shootings attributed to the state police. (Recall that the state police just reported eight.) The FBI report, however, has not been finalized, and an FBI spokesman said numbers could shift.

Of the eight incidents involving troopers for 2015, The Guardian counted the following five:

Additionally, Bendetta Miller, 57, was killed in October after her car was struck by a state police vehicle in Uniontown, Fayette County. Lucas Markus, 33, went into cardiac arrest in September after being tased; he died in Girardville, Schuylkill County.

PublicSource reported last year that only a single intentional shooting was deemed “improper” from 2008 through mid-2015.

In most years, the state police-issued reports give a complete listing of how investigations are resolved, based on allegation type. While they don’t give details on specific incidents, they do say how often each type of misconduct or force incident was deemed problematic.

The 2015 report doesn’t have that information.

That means anyone reading it would have no idea if internal investigations actually uncovered specific problems for most types of misconduct. The information is also missing from the 2014 report.

An email from Cpl. Adam Reed, the agency’s spokesman, said the previous reports were “too complicated and misleading” and that the “data is not easily compiled.”

So what do we know?

The 2015 report does show that 117 incidents which may have involved force were deemed justified and three incidents were improper. But whether those refer to a thrown punch or a fatal shooting is a mystery.

For instance, the report lists 31 investigations of potential criminal violations by troopers and civilian personnel, but it does not say which of those violations or other types of misconduct were substantiated.