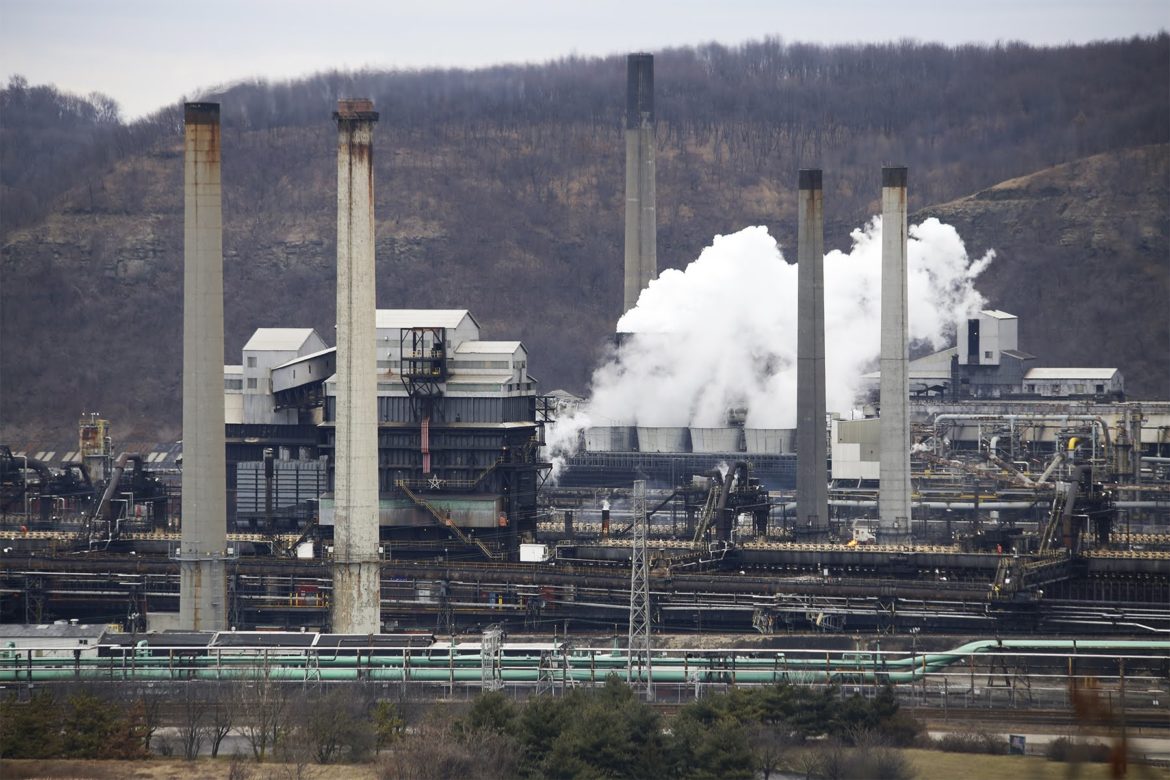 PublicSource examined four environmental issues — climate change, air pollution, oil prices, and waste — that could be transformed by COVID-19 in the Pittsburgh region.

The economic shutdown has caused what is predicted to be the largest drop in greenhouse gases ever. An April report by the International Energy Agency predicted that greenhouse gas emissions would fall by 8% for the year. But the United Nations says that the world needs to reduce its emissions by the same amount every year for a decade to keep the global temperature from rising by 2 degrees.

The Pennsylvania Department of Transportation estimated that road traffic in the state has fallen by about half, although some more recent estimates suggest it might be closer to 20%. Electricity consumption in the region that Pittsburgh is a part of has fallen by 8%. And Pittsburgh International Airport , which typically pushes through about 13,000 travelers a day, reported only 400 on a recent Tuesday, as the number of flights has been more than cut in half." 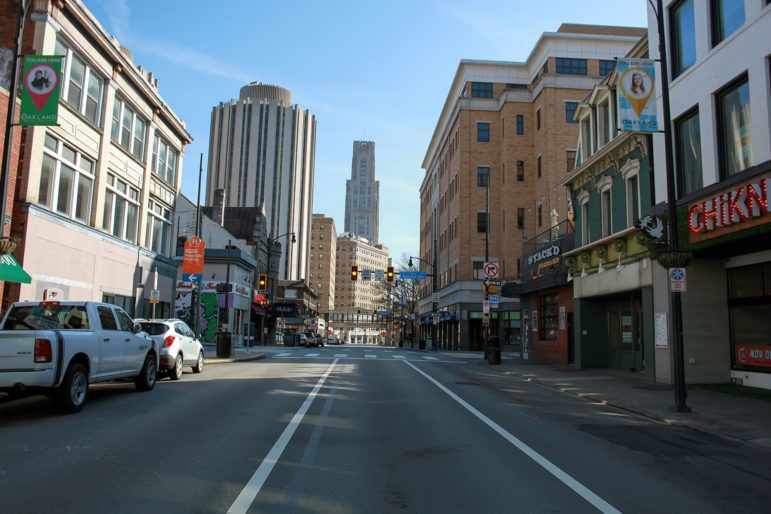 Pennsylvania's stay-at-home order has led to. large reductions in traffic along the usually bustling corridor along Forbes Avenue in Oakland. (Photo by Kimberly Rowen/PublicSource)

Costa Samaras, an expert who studies how to adapt to climate change at Carnegie Mellon University [CMU], said it’s important to invest in climate solutions now. "We don’t want to be as unprepared for climate extremes as we were for pandemic,” Samaras said.

Grant Ervin, the chief resilience officer for the City of Pittsburgh, said one of the biggest local opportunities is to make people’s homes more energy efficient. Since people are staying home more, their energy bills are going up, he said. That means investments in heating and cooling systems that use less energy, for example, will save people money over time and reduce climate emissions.

The City of Pittsburgh is joining a "demand response" program that Ervin said will allow the city to get paid for reducing its energy use. For example, he said, on a really hot or a really cold day, the city could tell some workers at the City-County Building to work from home, and the city would be paid for the reduced energy demand. The city is going to buy 100% green energy next year, Ervin said, although not all of it will be local. 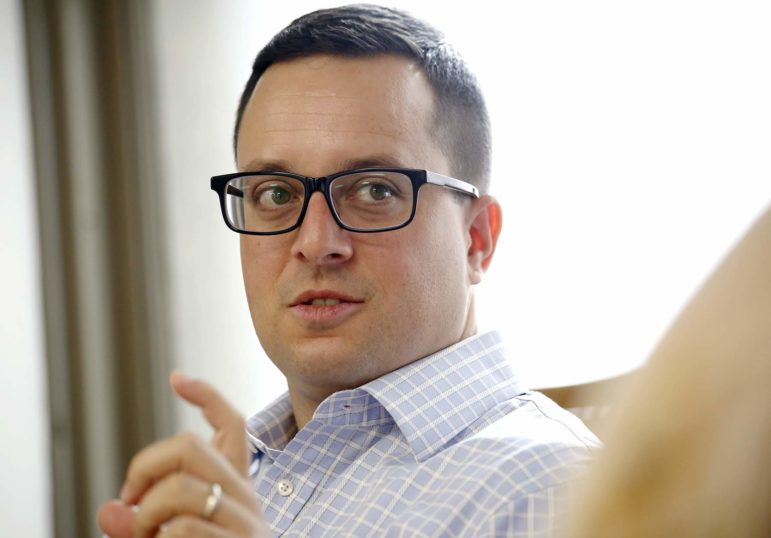 The city is also looking at how it can take advantage of the increases in biking and walking, Ervin said, much like the city of Milan. Milan is planning to give over 22 miles of roadway to bikers and walkers as it creates space for people who no longer ride the buses.

"They need to create separations from people, and everyone has realized the benefits of air quality and the benefits that go along with it,” Ervin said.

Albert Presto, an associate professor who researches pollution at CMU, looked at 27 air monitors in the region and found that during rush-hour a couple key pollutants had fallen by around 50% during the pandemic, although this study has not yet been peer reviewed. The Allegheny County Health Department released data from its air monitors showing an average daily decrease of about half that size in areas that receive a lot of pollution from cars.

"We typically have the cleanest air of the year during those months,” Jim Kelly, deputy
director of environmental health for Allegheny County, wrote in an April 28 email to PublicSource. "[B]ut combined with less automobiles on the roads due to the stay at home order, we are seeing historic low levels of pollution.”

"Do people who take the bus once they start going to work again rethink that and instead enjoy the safety of their personal vehicles?"

It wasn’t clear how much of the reduction in local pollution was due to industrial sources, according to Presto and data provided by the county. The difference between the amount of pollution upwind and downwind of industrial sites didn’t change, Presto found. So while pollution has gone down overall everywhere, little of the reductions seem to be coming from operating changes at facilities like the Clairton Coke Works.

U.S. Steel reported at the county's board of health meeting Wednesday that the amount of pollution coming from the stacks at Clairton was the lowest ever in April.  On April 30, the company announced that it is further reducing steel production in the Mon Valley due to falling demand, which will likely reduce pollution further. But the company has said it will delay the construction of a $1.5 billion facility that would have reduced long term pollution further.

A study at Harvard University found that places where air pollution was bad before the crisis could be making the COVID-19 pandemic worse. The study looked at more than 3,000 counties and found that counties with higher particulate pollution had higher death rates from COVID-19. 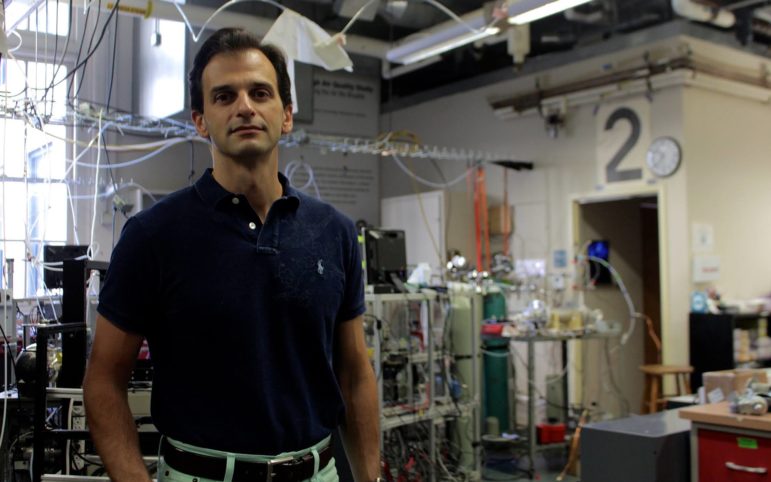 But Mark Goldberg, a professor of epidemiology at McGill University in Montreal, identified limitations to the study that call into question how dangerous air pollution is to COVID-19 victims. Goldberg said the environmental community doesn’t need COVID-19 to push for less air pollution.

“It’s a carcinogen. It’s very clear it causes cardiovascular disease and highly probable it causes diabetes,” he said. "It’s like smoking. It causes all sorts of things."

The average price of a gallon of gas in Pittsburgh has fallen by almost $1 compared to a year ago. Oil producers in the United States have already started to produce less oil because there are so few people driving or taking flights, according to Ryan Kellogg, a professor of public policy at the University of Chicago.

The long-term environmental impact will depend on the public health response, he said. If people return to work like normal after a vaccine, the  pollution could return, he said. If more people work remotely, instead, some reductions could last. But it could go the other way if the low price of gas causes people to drive instead of taking public transportation.

"Do people who take the bus once they start going to work again rethink that and instead enjoy the safety of their personal vehicles?” he said. 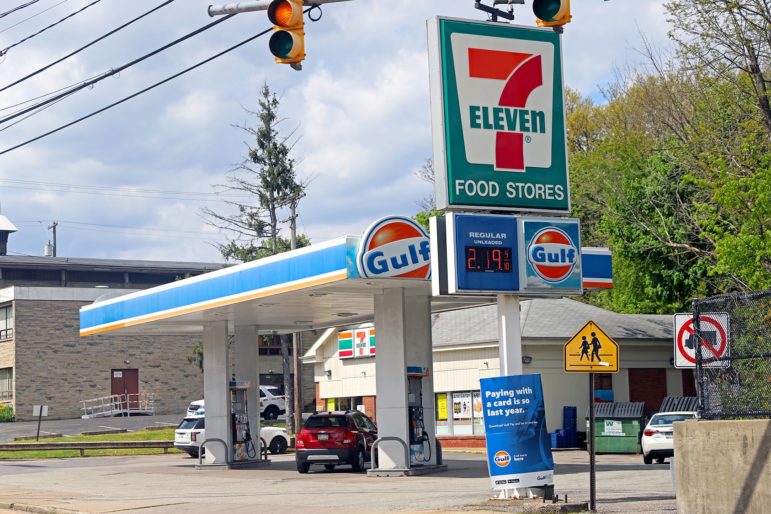 A 7-Eleven gas station in Ingram. (Photo by Jay Manning/PublicSource)

One result of dropping oil prices: The price of natural gas increased. The demand for natural gas to heat people’s homes didn’t fall as much as the demand for oil, Kellogg said. And some of the region’s out-of-state competitors that produce oil and gas from the same wells have had to reduce production. But since May 5 the price resumed its long-term decline.

Gas production had been increasing for 36 months in a row before the crisis, according to Rich Redash, the head of Global Gas Planning at S&P Global Platts Analytics. But investments in new production and exports fell during the pandemic.

The decrease in electricity use during the past two months hit coal businesses hard. The government is projecting that even renewable energy will produce more electricity than coal this year for the first time. 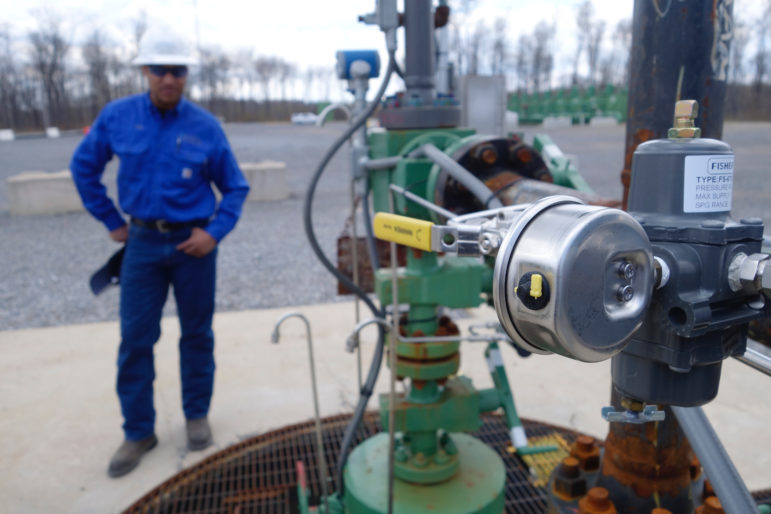 The natural gas industry may benefit when the region begins to produce plastic at Shell’s ethane cracker plant in Beaver County, where workers have begun to return to work. But a decision about a proposed second ethane cracker-plant about 70 miles southwest of Pittsburgh in Belmont County, Ohio, has been put on hold by PTT-Global Chemical America.

That decision could hinge on the demand for disposable plastics.

Efforts to reduce waste have taken a hit during the crisis. Starbucks stopped filling reusable cups, fearing the products could be a vector for the coronavirus. Restaurants that once served customers with reusable plates and forks now hand out disposable packaging for takeout. Even places like Giant Eagle that previously announced plans to limit use of plastic bags have paused their program.

On top of that, many recycling programs across the country have shut down to protect workers who manually sort items. Commercial recycling has fallen off by 50-60% nationally, according to Mick Barry, chairperson of the National Recycling Coalition.

Before the pandemic, the recycling industry was already struggling because of a loss of demand from China, according to Matt Prindiville, the executive director of Upstream, a nonprofit that advocates for reduced waste. He blames the plastic industry for pushing unsubstantiated information, such as a letter by the Plastics Industry Association to the federal government stating that “single-use plastics are often the safest choice” and asking for help to “stop the rush to ban these products by environmentalists.” 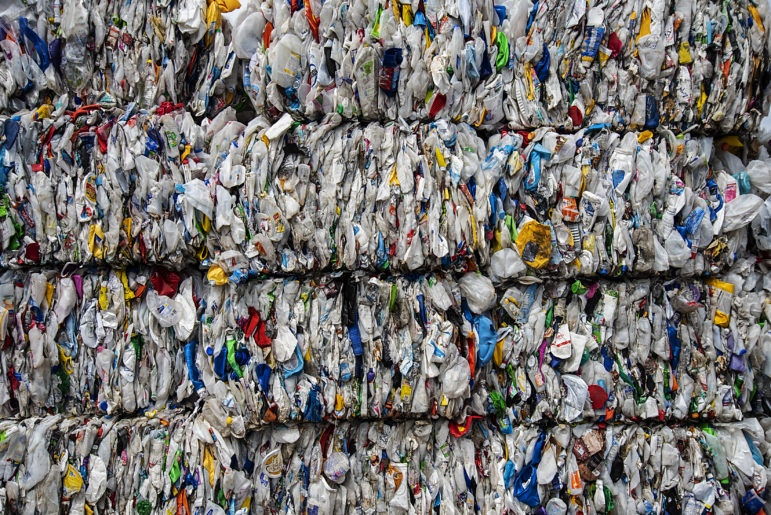 But Prindvidille says much of the concern about catching COVID-19 from reusable products have been overblown since dishwashers make reusable products as safe as disposable ones. "They know that everybody is freaked out, and they have been able to push this narrative,” Prindiville said.

The plastics association declined to make anyone available but emailed a statement that said plastic has been an essential component in personal protective equipment used by medical workers.

Prindiville said that shortages in personal protective equipment has forced hospital providers to find innovative ways to reuse them. On May 6, Gov. Tom Wolf announced the state would provide free disinfectant systems to medical care facilities that are capable of washing thousands of pieces of protective equipment per day. This could be a lot cheaper than buying new products that have to be incinerated. So far, 290 organizations have taken the state up on the offer, and about 2,800 masks have been disinfected, according to the state.