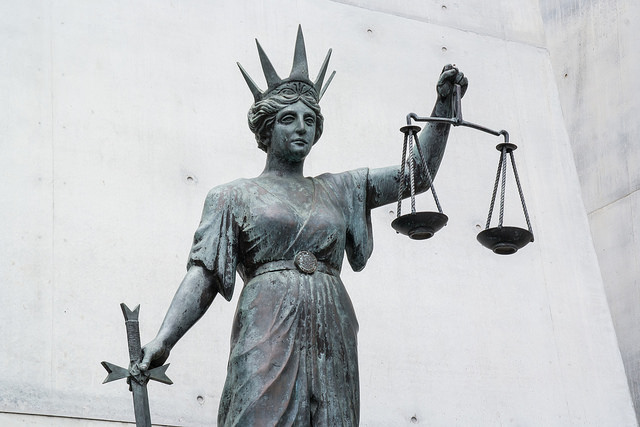 Nearly four out of every 10 dollars contributed to Pennsylvania Supreme Court candidates have been given by a lawyer, law firm, or a lawyer’s political action committee.

Gov. Tom Wolf and former Gov. Tom Corbett only raised about 6 percent of their money from the legal world in last year’s gubernatorial election, according to a PublicSource analysis.

Running for judicial office can be fraught with conflicts of interest and candidate judges may be soliciting money from lawyers who could appear before them.

“The public perception when this much money is involved is that justice is for sale,” Suzanne Almeida, program director at Pennsylvanians for Modern Courts, a nonpartisan advocacy group in favor of the merit selection of judges, said last month. “Regardless of whether that's true, if that's what people are seeing, that's problematic.”

Half of the money coming from lawyers — about $1.9 million out of $4 million — came from the Committee for a Better Tomorrow, the political action committee of the Philadelphia Trial Lawyers Association.

Nearly all of the money coming from lawyers and law firms went to the three Democrats. The Democrats received about $3.6 million compared to $180,000 for the three Republican candidates. Independent candidate Paul Panepinto contributed $200,000 to his own campaign, which counted because he is a lawyer and currently a Philadelphia Court of Common Pleas judge.

PublicSource analyzed more than $10 million of 2015 campaign contributions as of Oct. 19 and found nearly $4 million came from people and businesses in the legal world. Most, but not all, contributions through Oct. 19 appear in our data due to processing delays at the Pennsylvania Department of State that were occurring when PublicSource downloaded the data last week.

The Allentown Morning Call also analyzed campaign contributions on Monday and came to roughly the same totals. Superior Court Judge Judith Olson, one of the three Republican candidates, told the newspaper that lawyers give more than other groups because they have more at stake ensuring that capable judges are elected.

Judicial candidates face the reality that campaigns cost money and that money has to come from somewhere, as Sue Bell Cobb, the former chief justice of the Alabama Supreme Court, wrote earlier this year.

“Donors want clarity, certainty even, that the judicial candidates they support view the world as they do and will rule accordingly.” she wrote. “To them, the idea of impartial and fair judges is an abstraction. They want to know that the investments they make by donating money to a candidate will yield favorable results.”

In an Oct. 14 televised debate, the candidates talked about how they would handle campaign contributors appearing before the state Supreme Court and when a judge should recuse oneself or decline to participate in a case because a conflict of interest.

Adams County Court of Common Pleas Judge Michael George, a Republican, raised the idea of automatic recusal in cases where an individual contributed to a judge’s campaign.

Superior Court Judge David Wecht, a Democrat, disagreed with George’s idea of automatic recusal citing a case in which the judge had received $3 million from the coal company’s CEO, but did not recuse himself when the company came before him. Wecht explained there should be some proportionality given to the size of the contribution.

Wecht said, “There's a two-level step of analysis that the judges must decide first. Can the judge be fair and impartial? And secondly, even if the judge feels she or he can be fair and impartial, is there, notwithstanding that, an appearance of impropriety? In my career of nearly 13 years as a judge, I haven't hesitated to recuse myself from any case where I felt I couldn't pass either aspect of that test.”

Republican Judith Olson, currently a Superior Court judge, said the last thing Pennsylvania needs is for citizens to believe that justice can be purchased.

“We need to have the people of Pennsylvania feel confident that they get a fair shake before the court even if there were individual or organizations with significant money that contributed to a particular judge's campaign,” she said.

Superior Court Judge Christine Donohue and Philadelphia County Court of Common Pleas Judge Kevin Dougherty, both Democrats, said judges have to decide whether they can fairly rule on a case based on the rules of judicial conduct.

Commonwealth Court Judge Anne Covey, a Republican, said that the decision to recuse is personal to each judge. She later explained that lawyers may not have pure intentions when asking a judge to recuse.

“Oftentimes lawyers will ask to have a judge recuse when they know exactly how the judge is probably going to rule based on the prior precedent,” she said.

PublicSource used terms such as "Attorney," "Law Firm," "Lawyer," as well as specialized titles such as "Tax Attorney." We also selected lawyers from individuals with a "Partner" occupation, but that wasn't an exact science. Any errors will have a negligible impact on the totals.

We also selected anyone with "Esquire" or "Esq" after their name in the contributor field.

However, it is possible that lawyers or law firms did not identify themselves in any way on the paperwork and those contributions would not have been counted in our totals. All these criteria were applied to contributions in both the state Supreme Court race and the 2014 governor's race.