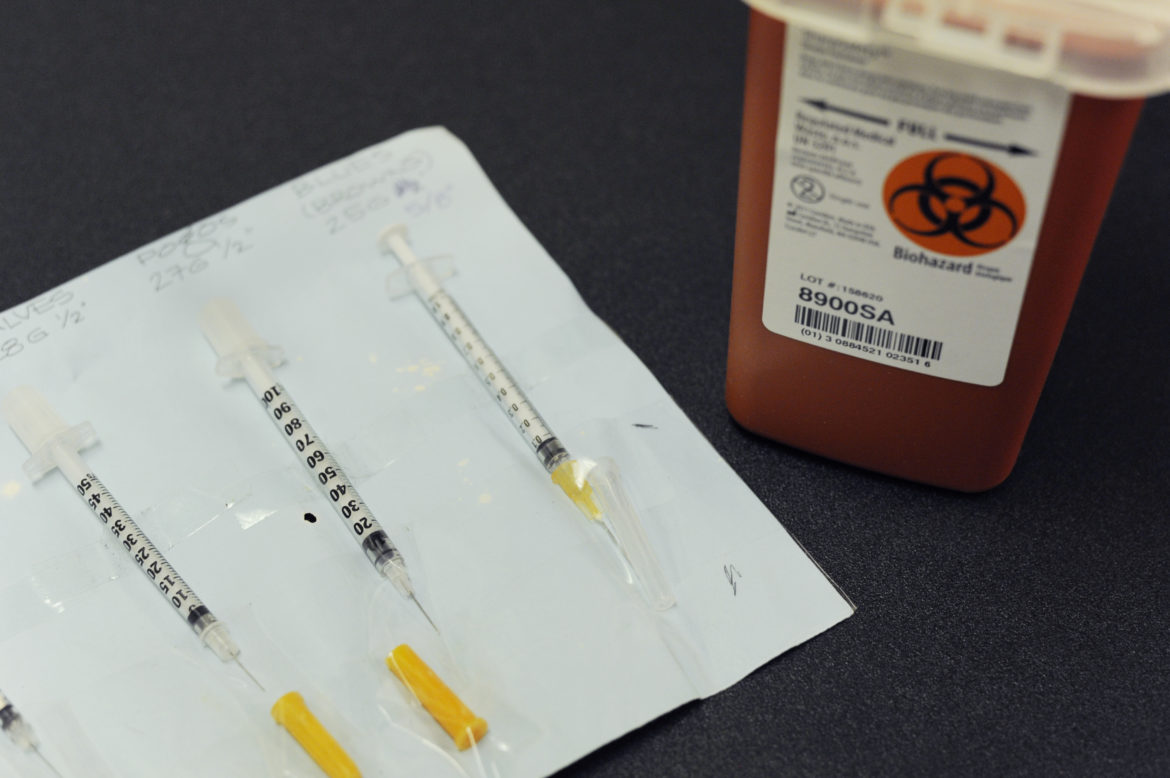 The White House is uniting public health and law enforcement in a new $2.5 million initiative to fight a deadly heroin crisis in 15 states.

In a program announced today, a public health coordinator will track overdoses in several states to identify particularly dangerous batches of heroin. A public safety official will be in charge of efforts to track the source of heroin.

Placing treatment over punishment for users will be a priority, according to The Washington Post, which reported on the program yesterday.

The experiment, initially funded for one year in 15 states from New England to the D.C. area, will pair drug intelligence officers with public health coordinators to trace where heroin is coming from, how and where it is being laced with a deadly additive, and who is distributing it to street-level dealers.

In Pittsburgh last year, prompt testing of stamp bags allowed officials to link numerous overdoses to deadly fentanyl and warn drug users that their drugs might be contaminated.

Tracking drug distribution can be extremely difficult because testing of evidence at an overdose scene often happens after a long delay — if it happens at all. If public health and law enforcement don’t know where a drug came from, they aren’t able to warn users.

Pennsylvania as a whole is not among the five High Intensity Drug Trafficking Areas covered in the program, though the Philadelphia area is, as well as neighboring West Virginia.

Nationwide, heroin-related deaths nearly quadrupled between 2002 and 2013, according to the Centers for Disease Control and Prevention.

Pennsylvania is one of the hardest hit states by heroin and opioid painkillers. State officials have said that Pennsylvania ranks third nationally in heroin use, with an estimated 40,000 users.

Exact overdose statistics don’t exist in Pennsylvania because each of the state’s 67 medical examiners and coroners uses their own criteria to determine if a death was caused by heroin.

Under pressure from families, a coroner might even mark an overdose as respiratory arrest, masking a link to heroin altogether.

“If somebody from Brooklyn is arrested with heroin in Burlington, Vermont, we may not hear about it for months,” a senior law enforcement official involved in the program told the Post.

The initiative will also train first responders how to reduce deaths using the overdose antidote naloxone. Recently, the White House also announced more than $100 million in funds nationwide to combat opioid use.

An increase in opioid painkillers such as Vicodin and OxyContin (often prescribed legally by doctors) is widely blamed on the increase in the use of heroin, which is much cheaper and easier to find.

Another $1.3 million will be used to try to stop heroin from crossing from Mexico.

New federal attention could be a major benefit for those suffering from heroin and painkiller addiction. But, as The Marshall Project points out, the spread of heroin use has largely increased death and addiction in white communities.

Now, addiction is seen as a public health problem. However, in the crack cocaine boom in the 80s — which decimated inner city neighborhoods — both suppliers and users faced harsh criminal penalties.

There was also much less sympathy for heroin users in the 60s when heroin was seen as a “black” problem.

Today, we are increasingly seeing that there is no stereotypical face of drug addiction.