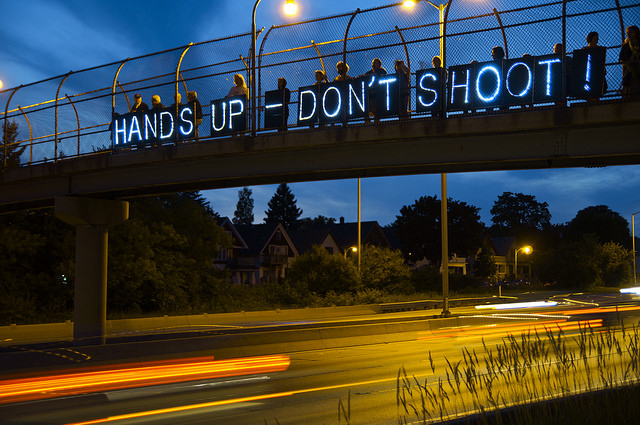 The FBI has announced it will revamp its system for tracking confrontations between police officers and civilians by 2017, The Guardian reports.

The database will record cases where officers shot at suspects, as well as other uses of force, including those involving stun guns, pepper spray and hand-to-hand combat.

According to the Guardian article:

Stephen Fischer, a senior official in the FBI’s criminal justice information services division in West Virginia, said it had “identified a need for more robust and complete information about encounters between law enforcement officers and citizens that result in a use of force.”

The Washington Post wrote that the database will be updated in “near real-time.” That way, the public can track incidents as they occur, instead of waiting for the collected tallies the FBI releases on a yearly basis. The system will also include the gender and race of the people involved in each case, as well as the case’s circumstances and the relationship between the officer and subject.

“We are responding to a real human outcry … People want to know what police are doing, and they want to know why they are using force. It always fell to the bottom before. It is now the highest priority.”

The Violent Crime Control and Law Enforcement Act of 1994 requires the Department of Justice to publish annual summaries of police brutality. But records of use of force are difficult to compile and often show inconsistent data. In the past, the FBI has relied on local departments to voluntarily report these types of cases. In August, FiveThirtyEight wrote:

There are about 18,000 law enforcement agencies in the United States, the vast majority of which are small, with fewer than 25 officers, many of whom have no significant training in research methods or statistical analysis. Compounding that, codes used for police reports and the reporting instruments themselves can differ dramatically from jurisdiction to jurisdiction, creating challenges for analysis once the data is obtained.

Some news outlets have taken it upon themselves to record police brutalities in the United States. The Counted, a database by The Guardian, has recorded 1,058 brutality-related deaths this year, while the Post’s tracking system has recorded 913 fatal shootings by police officers.

In September, PublicSource found that the Pennsylvania State Police had recorded at least 120 cases where officers used force against civilians. But officials declined to give PublicSource details about the shootings, saying it was “a personnel matter.”

At an October meeting in Washington, FBI Director James Comey said it was “ridiculous and embarrassing” that the Guardian and the Post were able to keep better records of use-of-force cases than the FBI itself.

According to the Guardian, Comey said:

“It is unacceptable that The Washington Post and The Guardian newspaper from the UK are becoming the lead source of information about violent encounters between [US] police and civilians. That is not good for anybody.”

“We are citizens, not subjects," he said. "We also need to understand the circumstances of the shootings, so we spot trends, so we can improve training.”