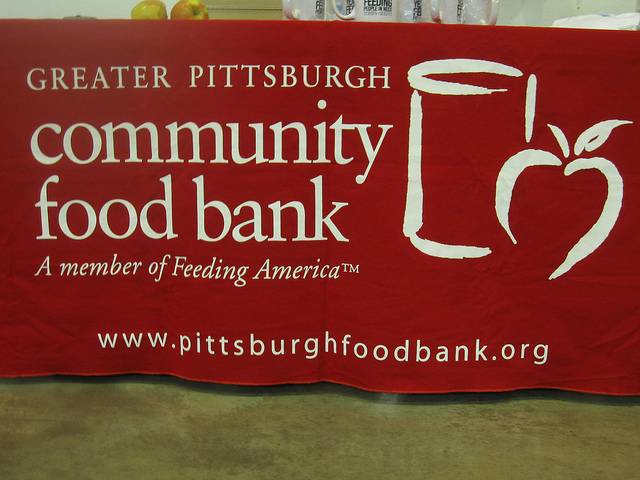 Though most people refer to the Great Recession in the past tense, some of the struggles it caused continue to pose a problem for families in Southwest Pennsylvania.

Hunger and food insecurity are affecting people in the region who you may not expect. According to a PittsburghTODAY article, they are well-dressed suburbanites; they have jobs; and their children go to decent schools. But they’ve been knocked down in recent years, and while they try to catch up, sometimes they don’t know if they can put dinner on the table.

The Greater Pittsburgh Community Food Bank alone serves nearly 360,000 people in 11 counties every year, and that’s only a third of the people eligible for the service, according to the story. For a family of four to be eligible to receive food there, they can’t be earning more than $35,775 a year.

“Hunger is a serious problem. It’s much more pervasive than people realize,” says Lisa Scales, chief executive officer of the Greater Pittsburgh Community Food Bank. “Hunger is a hidden issue. People who struggle with it are not always willing to ask for help. They’re ashamed. It’s not something they readily share, even with family, friends.”

Food banks have also been stressed by the steady demand and the food industry’s new efficiencies in inventory and labeling, which means they aren’t getting as many surplus items donated as they used to.

And, like most social services, food banks have also sustained cuts in government funding. When the national food-stamp program was slashed by $5 billion, the concerns only grew more urgent because many patrons of food banks used food stamps.

An estimated 61 percent of those served by the Greater Pittsburgh food bank receive food stamps.

The food banks have come to rely on private donations to meet the need. About 60 percent of revenue at the Westmoreland County Food Bank, for example, is from private donations, a 10-percent increase over the last decade, according to PittsburghTODAY.

Other important figures from the story: