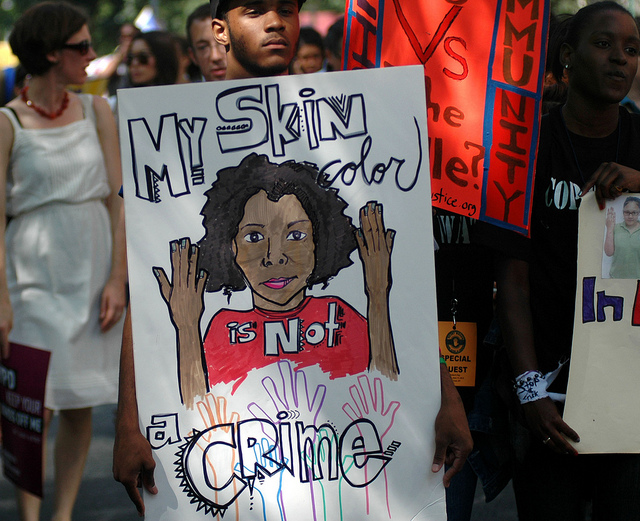 The criminal justice system disproportionately punishes black and Hispanic men, but, as Vox reports, a new study shows that underscoring that inequality can make white people less willing to change it.

Stanford University researchers conducted experiments in California and New York to study how white people respond to racial inequality in the justice system when given the opportunity to oppose specific policies.

In the first experiment, white commuters in San Francisco were shown a video with inmate mugshots and told about California’s three-strikes law, which requires harsher sentencing for repeat offenders.

The commuters were then told about a petition to get the law amended. Participants who saw more black mugshots were less likely to take action to change it.

Both groups agreed that the three-strikes law was too harsh. But if the video they'd seen had more black inmates in it, they were less likely to agree to sign a petition to change it. More than half of the first group signed the petition; only a quarter of the second group did.

In other words, according to the researchers, "the blacker the prison population, the less willing registered voters were to take steps to reduce the severity of a law they acknowledged to be overly harsh."

Although blacks make up roughly 12 percent of the U.S. population, the national prison population is about 40 percent black, the study notes.

As in the California study, the group exposed to the higher statistic was less likely to sign a petition to end the program.

In the study, whites intrinsically associated prison with black people. And they automatically associated prison, blackness, and crime. New Yorkers who were told that 60 percent of prisoners were black were more likely to say that they were worried about crime in their neighborhoods if stop-and-frisk were repealed — and the more worried they were about crime, the less likely they were to sign the petition.

The study was published this month in Psychological Science. As Vox notes, the study suggests that participants think current policies are too harsh, but it also shows the perception that many whites inherently link black people and crime.

Rather than focusing on racial inequality, many prison reformers have avoided the issue and instead focus on costs. The idea of saving tax money has helped lead to prison reforms in traditionally tough-on-crime states like Texas.