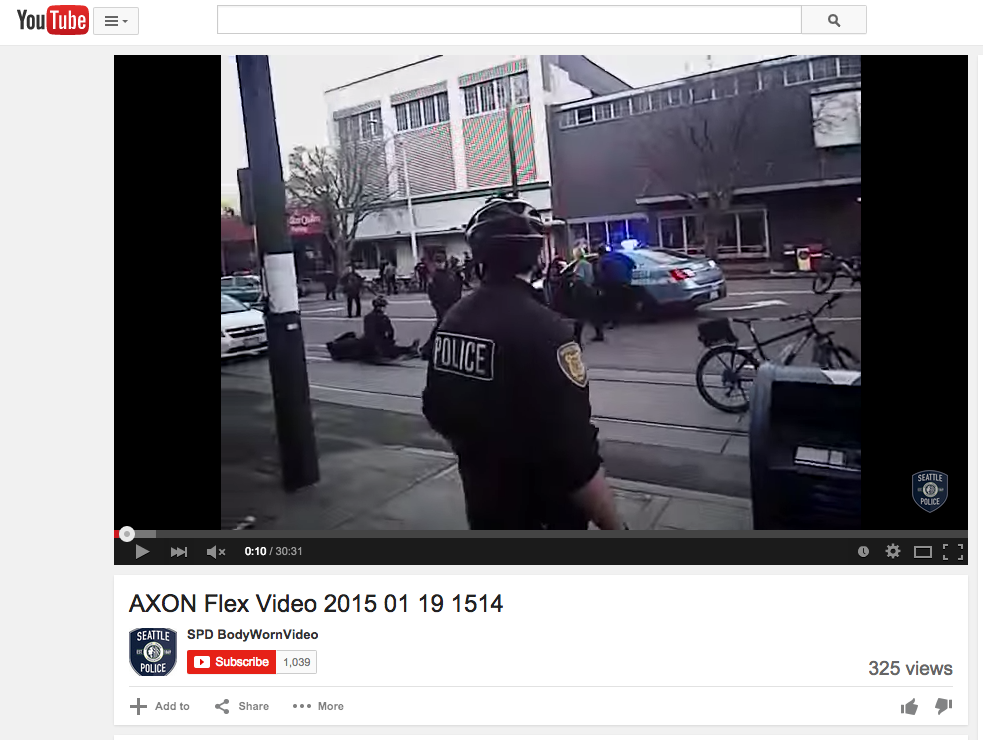 When citizens are victims of deadly police force, a camera is often the best weapon the community has to demand accountability.

After Walter Scott was killed by officer Michael Slager in North Charleston, S.C., footage showed a fleeing, unarmed man getting shot in the back. Slager has been fired and faces murder charges.

Contrast that with Ferguson, Mo., where supporters of Michael Brown and supporters of officer Darren Wilson argue about even the basic facts of the tragedy that left Brown, who was unarmed, dead in the street after being shot by Wilson.

Police body cameras seem like a logical tool to increase transparency and even stop tragedy.

But as The New York Times reports, body cameras also mean that citizens see their worst days publicly broadcast on YouTube. Scenes can start out bland and turn horrific.

Scenes unfold slowly, in cinéma vérité style, as officers go about their work until a moment arrives when someone is suddenly shot and killed. Sometimes words are exchanged before the shootings, but often they occur in silence. The footage has little in common with the stylized deaths in Hollywood movies: There is often no sign of bleeding, and bodies lay twisted as if they have been broken.

There’s already plenty of criticism about footage of tragedies like Scott’s death being treated like snuff films on social media.

Often though, the footage shows mundane interactions. Hours and hours of them.

In Seattle, police have a YouTube channel to upload body cam footage from body cameras. Faces are blurred to preserve privacy and mostly depict uncontroversial, generally boring police work. Much of the video is redacted to show only outlines.

“There would have to be a team of people that could fill this room watching tens and hundreds of thousands of hours of video to block out those things covered by privacy,” said Rahr, who spoke at an event in Chicago for reporters that I attended and that was hosted by the Community Media Workshop.

Rahr, who was named in December to President Obama’s Task Force on 21st Century Policing, focused on making police seem less like warriors and more like guardians.

In Pittsburgh, the Bureau of Police began using body cameras last year. However, a plan to include more officers was halted due to concerns about the Pennsylvania wiretapping law.

“I hit the pause button because I recognized the liability associated with putting officers in danger of being in a private residence and accidentally recording something that could find them being criminally charged,” Pittsburgh’s Chief Cameron McLay said in February.

But in Philadelphia, activists demand public accountability. Police have shot at residents hundreds of times, and the city has paid millions of dollars in settlements.

Police have refused to release surveillance footage of the December shooting death of Brandon Tate-Brown in Philadelphia. The department doesn’t yet have a policy for releasing body cam footage, the Times said.

But to activists like Laniece Williams, that isn’t good enough.

“If the public doesn’t have the opportunity to view the video on their own, they are left with the police version of what happened,” Williams, spokeswoman for the Philadelphia Coalition for Racial, Economic and Legal Justice, told the Times.

Meanwhile, in Baltimore, the public has seen only seen partial footage of police holding Freddie Gray to the sidewalk and dragging him to a police van on April 12. Gray was transported in that van and couldn’t talk or breath at the end of the drive, police said. The Baltimore Sun calls what happened in the van a 45-minute mystery.

Gray died a week later from a “tragic injury to his spinal cord,” a police spokesman said.