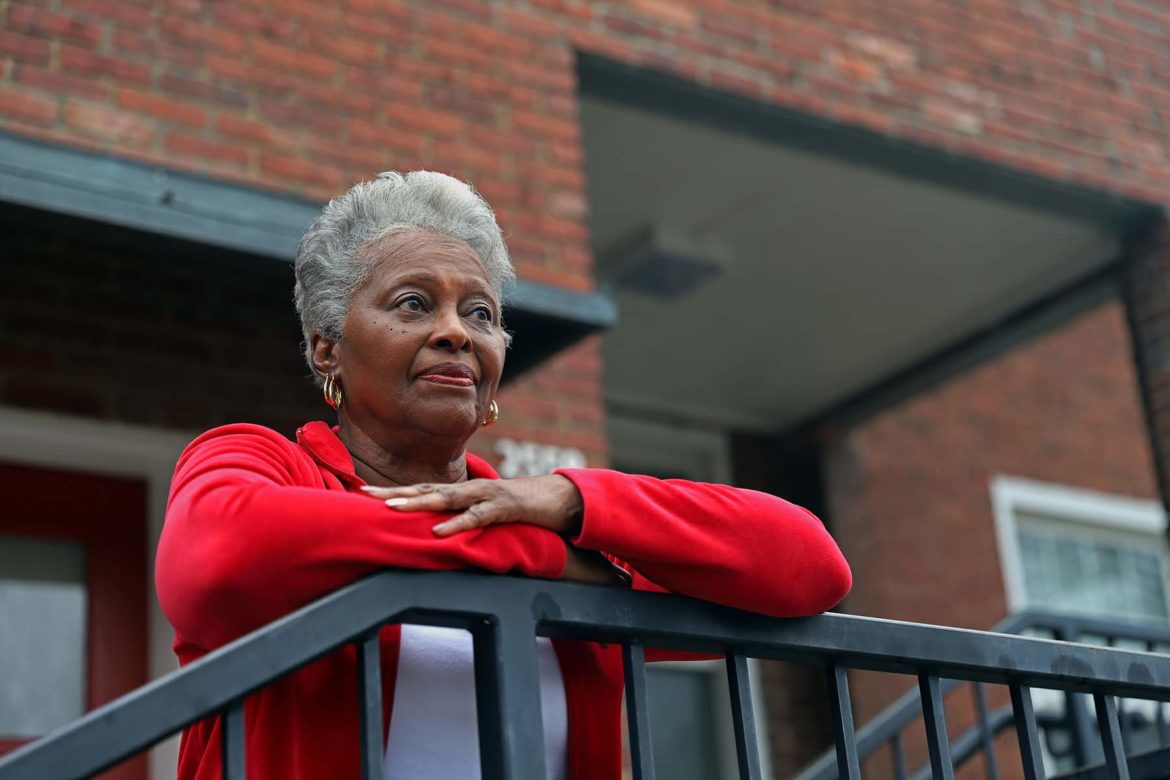 Elizabeth Bennett is a longtime Oakland resident. After years of homeownership, she downsized to a unit in the Oakland Affordable Living complex. (Photo by Jay Manning/PublicSource)

Editor's note: Jason Vrabel was a board member of the Oakland Planning and Development Corporation from 2012 to 2018. This reported story gives an inside look at the common financial and logistical hurdles facing organizations that develop affordable housing.

Elizabeth Bennett wanted to spend the rest of her life in West Oakland.

She’d moved there in 1968 when her parents bought a house on Dunseith Street. Three years later, she and her son moved to nearby public housing while she finished a degree in social work, and then to the neighboring Hill District.

“I’m going back to where I want to be,” Bennett recalled saying when she moved to a West Oakland apartment in 1982. In 1989, she bought a house a few blocks away. But after nearly 30 years there, she wanted to downsize. Without an affordable option, a move might have meant leaving West Oakland.

Instead, she moved to a two-bedroom apartment just blocks from her house. This was possible through the creation of new affordable housing at Oakland Affordable Living, a 49-unit complex opened in 2018 to help stabilize housing prices in the neighborhood.

Oakland Affordable Living was financed with low-income housing tax credits [LIHTC]. A federal program managed by state agencies, LIHTC (pronounced “lie-tech”) is the financial skeleton key that unlocks most of the affordable rental housing developed in the United States. Without this crucial funding, the Oakland Planning and Development Corporation [OPDC] would not have been able to finance the $16.3 million project.

As an OPDC board member from 2012 to 2018, I saw firsthand the difficulties of that process and the complexity of everything that followed, including design challenges, construction delays and the need to meet strict deadlines set by the LIHTC program. The project illustrates the power of LIHTC to produce high-quality housing and support families like Bennett’s as rents rise. But it also reveals LIHTC’s limitations to address a nationwide housing crisis.

In simple terms, LIHTC enables developers to turn federal tax credits into homes for low-income families. Developers sell their tax credits to an investor, such as a bank, that provides an upfront construction loan. In exchange, the investor gets a 10-year tax reduction, roughly equal to the loan amount.

In market-rate rental housing, development costs are repaid by future profits from rent. But affordable housing requires subsidies to break even. According to a 2018 report by the National Council of State Housing Agencies, the national average development cost of LIHTC housing exceeds $182,000 per unit, though the cost is often higher in metropolitan areas. Since the program was established by Congress in 1987, LIHTC has subsidized private investment for more than 3.1 million units nationwide.

But LIHTC’s application process is highly competitive and, for OPDC, it was costly. Consultant fees for Oakland Affordable Living totaled $125,000. Despite high demand, the credits are in limited supply. OPDC’s 2015 application was denied, which is common for first-time applicants. OPDC successfully reapplied in 2016 and received a $1.17 million “9%” LIHTC award, which means the tax credits equal roughly 9% of total project costs. OPDC sold its credits to PNC Bank in return for an $11.5 million construction loan. Now completed, PNC Bank is eligible for a tax deduction of about $1.17 million each year for 10 years.

The project includes 25 units in a newly constructed building at 2520 Wadsworth St. and 24 rehabilitated units in an adjacent complex called Allequippa Place. OPDC and Breachmenders (a now-defunct community organization) bought and redeveloped Allequippa Place — one of the first LIHTC projects completed in Pittsburgh — in the late 1980s.

LIHTC does not guarantee that housing stay permanently affordable. Initially, the program required housing to stay affordable for 15 years, later doubled to 30 years. When the term expires, owners can increase rents to whatever the market will bear. This results not only in the loss of affordable housing on that property. It can also cause overall prices in the community to rise. 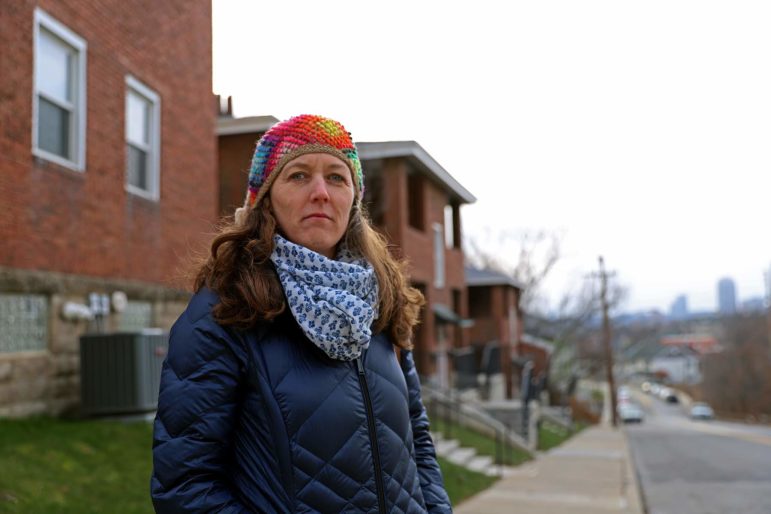 Elly Fisher, the project manager of Oakland Affordable Living, outside of the affordable housing development. (Photo by Jay Manning/PublicSource)

“We were doing strategic acquisition over the past 10 years to amass enough property to be worth doing a development on,” she said.

With an estimated development cost of $16 million, including “soft costs” such as architectural and engineering services, OPDC turned to LIHTC for financing.

“This is the only real source of money,” Fisher said.

Even with LIHTC, Fisher said OPDC needed funds from several other sources to complete Oakland Affordable Living, including a $1.85 million loan from the Urban Redevelopment Authority [URA].

Pittsburgh’s demand for units affordable to households earning 50% area median income [AMI] — or $39,950 per year for a family of four — isn’t always met by LIHTC. Developers are only required to set aside a minimum of 40% of units for households at 60% AMI, or 20% for households at 50% AMI. The remaining units can be rented at any price.

Oakland Affordable Living is 100% affordable, with more than half of the units priced for households at 50% AMI or below, including five units at 20% AMI and none higher than 60% AMI. In creating affordable housing, it’s important to establish rents that are affordable to households of varying incomes, include units for families of different sizes and find locations near transit and other services.

Even when fully funded, other challenges jeopardized Oakland Affordable Living’s ability to reach the intended demographic and meet LIHTC’s strict deadlines to have units leased within about two years. Project architect Peter Kreuthmeier, a partner at Loysen + Kreuthmeier Architects, said the community wanted to preserve Allequippa Place, originally built in 1927, but its six quadplex brick buildings were all two-bedroom units. To accommodate a need for larger apartments, Kreuthmeier’s firm designed additions to the upper floors to make 13 three-bedroom units.

The contractor, Sota Construction, discovered abandoned mines that needed to be filled with concrete, Kreuthmeier said. According to Fisher, remediation cost about $160,000, stressing an already tight budget.

Because affordability for low-income tenants is affected by utility costs and a building’s life cycle costs, environmental efficiency is important for long-term financial sustainability. Sota, a leader in green building, worked with the architect to help extend the project’s affordable life cycle by increasing energy efficiency, reusing existing buildings and building rain gardens.

David Brewton and his wife moved in 1984 to Robinson Street, where they raised a family. They lived near Allequippa Terrace, a public housing complex that Pittsburgh’s housing authority transformed into a mixed-income community called Oak Hill in the 1990s.

Brewton, now senior director of real estate for the Hazelwood Initiative, was Breachmender’s executive director when Allequippa Place was first renovated in the late 1980s. About two-thirds of Oak Hill’s 718 units are permanently affordable. The others have been rented mostly by students, and real estate values have risen throughout West Oakland. Brewton said it was shocking to see Oak Hill begin a “clock of gentrification.”

When OPDC came to the neighborhood with a plan to extend the lifespan of Allequippa Place and increase affordable housing options, Brewton saw it as a way to keep lower-income residents in the neighborhood.

”We were all thrilled,” he said. “We shared that mission.”

It was around this time that Bennett bought a house on Robinson Street, where she helped raise several nephews and nieces. Her brother now lives in the Dunseith Street house her parents owned.

When maintaining a house became too much for her to manage, the renovation of Allequippa Place, now part of the Oakland Affordable Living project, allowed her to downsize while staying in the neighborhood, near her two sisters. Instead of selling her house, she created another affordable unit by allowing one of her nieces to live rent-free.

“As a family, this is what we think about,” she said. “How can we support each other?”

URA Housing Director Tom Cummings said Oakland Affordable Living’s location in a strong market and its mixed new construction-preservation approach makes it unique. He said that it’s rare for a LIHTC project to be undertaken entirely by a community group.

“The fact that OPDC pulled this off was significant...That doesn’t really happen,” Cummings said.

Fisher said Oakland Affordable Living required up to 75% of her time for more than four years, in addition to substantial time commitments from other OPDC staff. The organization had a full slate of programs to manage including job training, education and a community land trust.

Oakland Affordable Living is now fully leased, with a waiting list of about 100 applicants, which Fisher said is shorter than waiting lists for many other local affordable housing developments. 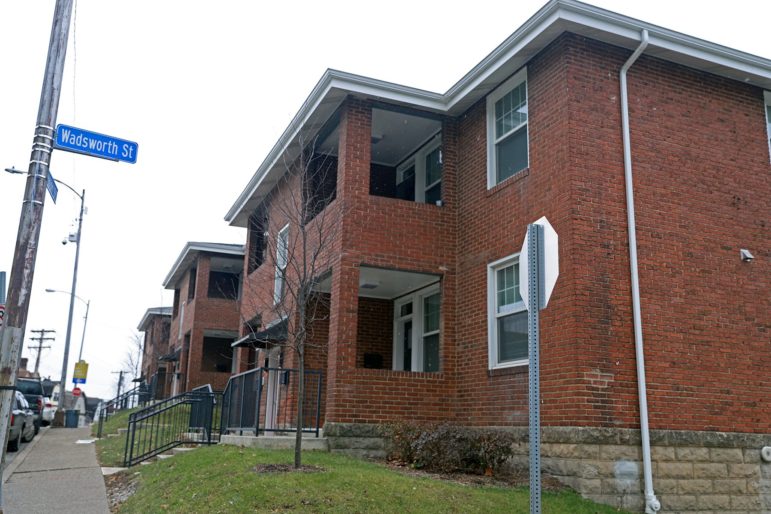 Earlier this year, Oakland Affordable Living earned Kreuthmeier’s firm a Social Equity in Design Award from Pittsburgh’s chapter of the American Institute of Architects. Kreuthmeier said affordable housing can be prescriptive, and “it’s very easy to arrive at the cookie-cutter solution that’s plain vanilla because it doesn’t rock the boat. And that’s not us.”

While Oakland Affordable Living is a success story, it also shows how much coordination and funding is needed to make affordable housing work. Through public-private partnerships, LIHTC produces about 200 units annually in Pittsburgh. With 9% LIHTC alone, the city would need nearly a century to fill its current shortage. But now Pittsburgh has other resources, including an annual $10 million Housing Opportunity Fund and a pilot inclusionary zoning ordinance for Lawrenceville.

Brewton said these combined initiatives will make a difference. But creating affordable housing was, and will continue to be, a difficult process. Navigating programs like LIHTC is all the more important because it means more residents like Bennett can stay in their neighborhoods.

“I don’t plan to go anywhere,” Bennett said of her new home. “I love it here.”