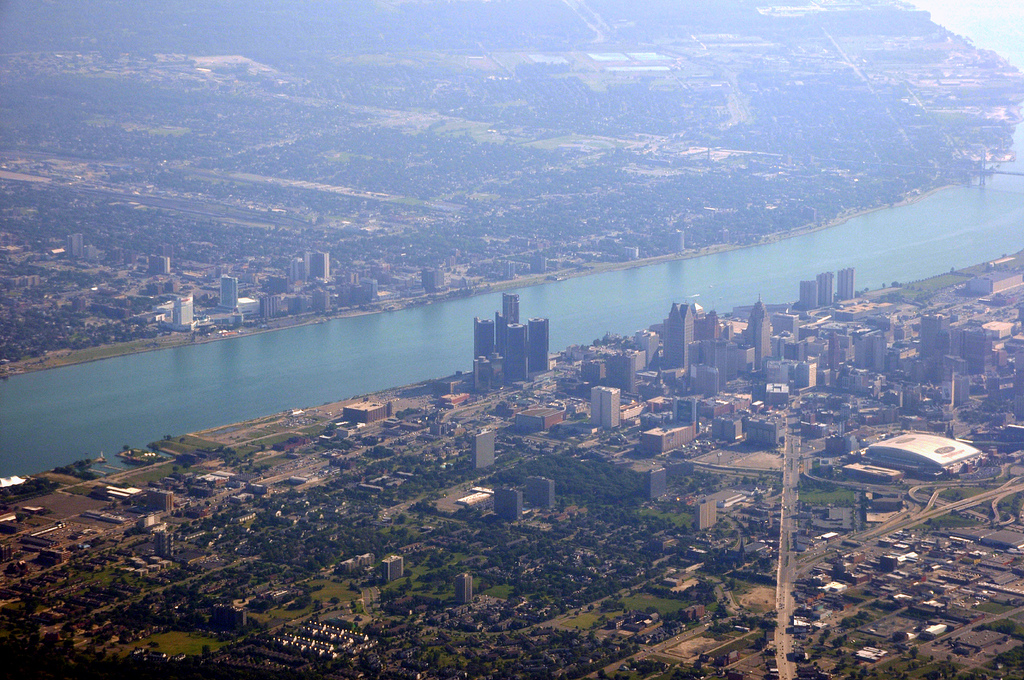 PublicSource asked Ben Schmitt, a born-and-bred Pittsburgher who spent 11 years in Detroit, to reflect on his former city’s bankruptcy.

The American dream cliché came to mind when my wife and I settled in Detroit and purchased our first home.

Five years later, I scoffed as my next-door neighbor packed up his belongings and solemnly warned me: “This neighborhood is gonna go.”

Three years after that, the ex-neighbor’s home had changed hands several times and transformed into a drug house. I peered under a window blind at the traffic in and out of the driveway next door one night and thought: “I’m failing. I’m failing my children.”

No more American dream; the cliché had evolved to fight or flight.

Detroit’s recent bankruptcy filing reignited these memories for me: Our Detroit home, which we bought in 2001 for $143,000, sold in 2010 for $35,000. We ditched it in a short sale and took a major credit hit, departing for my hometown, Pittsburgh.

The reasons my family left mirror the reason Detroit’s population has dwindled from nearly 2 million in the 1950s to about 700,000: rampant crime; broken streetlights; shoddy services like snow plowing and slow -- to no -- police response.

I know how painful the moment was when I agreed to a short sale, so I can’t begin to imagine the collective pain residents of the once mighty Motor City are feeling with this bankruptcy filing.

“The frustration or sadness is that we've had several months of stories about the city's rebound, and now the theme is back to the same old, same old about Detroit's devastation,” said Darci McConnell, owner of McConnell Communications, a public relations firm headquartered in downtown Detroit. “The truth really lies somewhere in the middle.”

“We are all aware that the city is experiencing extreme financial distress, and we have reached a point where the only choice left is to overhaul our spending,” said Detroit City Councilman James Tate, a lifelong resident. “This bankruptcy, unfortunately, is part of the process we are going to have to undertake to bring our city back to financial solvency.”

John Bennett, a Detroit police officer and candidate for city council in the upcoming election this fall, sees both sides of the bankruptcy conundrum.

“As a city worker, I’m very uneasy about the future and what it holds for me and other city workers and retirees,” said Bennett, who has been a cop for 17 years. “We’re going to take a hit, all of us, with our health care and pensions.”

On the other hand, Bennett understands a homeowner’s view of the city’s problems. He activates electronic steel blinds on his windows every time he leaves his west side Detroit home. He estimates there are 20 abandoned homes on his block in a city with about 78,000 vacant buildings.

“I leave my house every day wondering whether I’m going to come home and find the door kicked in,” he said. “Most of my neighbors want the same thing – basic city services. We want to feel safe when we take the garbage out to the corner or decide to walk to the store.”

Bennett views bankruptcy as inevitable and as a true chance to rebuild.

“I’m hoping it’s a clean slate – a time for the city to get its financial house in order,” he said. “You can’t say you love the city of Detroit and not want to see it in a better place. Hopefully this will trickle down to my block.”

Bill McGraw, a former columnist for the Detroit Free Press who now helps run an online news publication called Deadline Detroit, listens to the Detroit fire department scanner frequently. Recently he heard a call for Emergency Medical Services after firefighters happened upon a car crash in which four people were injured.

“The firefighters were told there was no EMS available,” McGraw said. “Can you imagine being injured in a car accident and you’re sitting there waiting for EMS, not sure when they will arrive? That goes on here night after night after night.”

Years of budget cuts have left various public safety departments spread too thin to respond to calls in a timely way. Detroit residents wait an average of 58 minutes for police to respond, compared with the national average of 11 minutes. There were occasions when my wife and I called the Detroit police – once during a violent fight in front of our house – and they never responded.

As an editor, McGraw sometimes makes light of the national media’s take on Detroit’s troubles: A money shot always seems to be a photo of the abandoned train station downtown.

Deadline Detroit even went as far as to run a column consisting of a drinking game of sorts for national stories on the bankruptcy filing.

Among the columnist’s rules: “Whenever ‘historic’ and ‘tragic’ are in the same sentence, take a drink.”

Or: “Whenever a Detroit bankruptcy story is intro’ed or outro’ed over a bed of Motown music, take a drink.”

“This is a really complicated story that includes all these Wall Street terms and practices that are really esoteric to the normal reader,” he said. “We report our own stories and aggregate the best coverage about metro Detroit from the Web. So we have a lot to choose from because it’s a national, even international, story.”

Detroit has had success in attracting people and businesses to parts of the city in recent years, but that is dwarfed by the size of the other problems. Billionaire Dan Gilbert, who also owns the Cleveland Cavaliers NBA team, now owns or runs 30 buildings with 7.6 million square feet of property in the city, according to Detroit media outlets. Gilbert recently moved the headquarters of his mortgage lending company, Quicken Loans, from the suburbs to downtown Detroit.

A Whole Foods recently opened in Detroit’s Midtown neighborhood with 100 new jobs, and urban pioneers and artists continue to stream into the area.

Some of those areas “are thriving like they haven’t in a long time,” said McGraw. “But that is only about 5 percent of the city.”

There was a time when Pittsburgh, along with more than a dozen other Pennsylvania cities, was in danger of declaring bankruptcy. But, with its “eds and meds” mantra playing up the city’s universities and healthcare jobs, it has rebounded. When I moved home in 2010, the newfound vibrancy of in-town areas like Market Square, East Liberty, Lawrenceville and Highland Park thoroughly impressed and encouraged me.

Whether Detroit -- a city that is nearly three times the geographical size of Pittsburgh -- can recover in a similar manner remains a mystery.