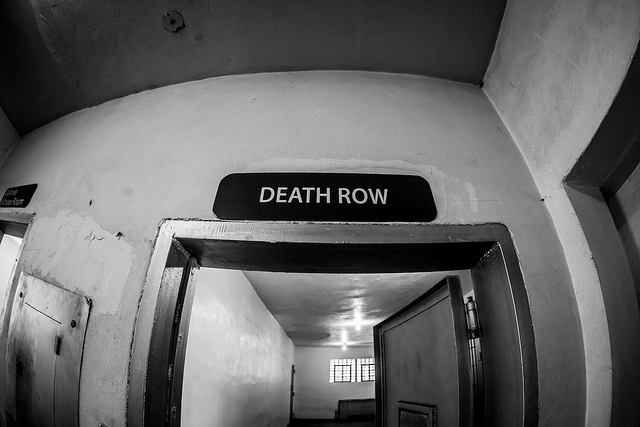 Gary Heidnik, a convicted Philadelphia murderer, was the last man to be executed in Pennsylvania, and that was 16 years ago.

In the past 11 months, only five states conducted executions. The last one scheduled for 2015 is scheduled to take place in Georgia on Tuesday.

Despite polls showing that 60 percent of the public supports the death penalty, capital punishment is becoming increasingly rare in the 31 states where it is constitutional.

The decline in executions follows a surge in the 1990s. The Supreme Court banned the death penalty in 1972 and revived it four years later.

The number of executions soared in the 1990s — hitting a high of 98 in 1999 and ultimately totaling more than 1,400 — but tailed off dramatically after 2000. With just one more execution set for this year, the current year's total will be the smallest number in almost 25 years.

This sharp fall comes from the decline in death sentencing, and capital punishment has been  avoided because of issues within the system.

In four states, the governor has put a moratorium on the death penalty, and in 17 there's an executive or judicial hold on executions because of botched procedures or problems in obtaining drugs that courts and legislatures have approved for lethal injection.

Death penalty researcher James Liebman of Columbia Law School told NPR that “the Supreme Court couldn’t keep the death penalty reliable.” He referenced the dozens of exonerations from death row, which led jurors and governors to “put the brakes” on executions.

As rates fell, the number of prisoners awaiting capital punishment continue to grow. More than 3,000 men and women are currently awaiting execution.

Botched executions have taken place in several states in recent years, halting executions for those on death row.

Some of these 3,000 prisoners continue to await capital punishment because of a number of pharmaceutical companies who have refused to sell certain drugs for the use of lethal injection. These select companies say they are “not comfortable” with the business of the death penalty.