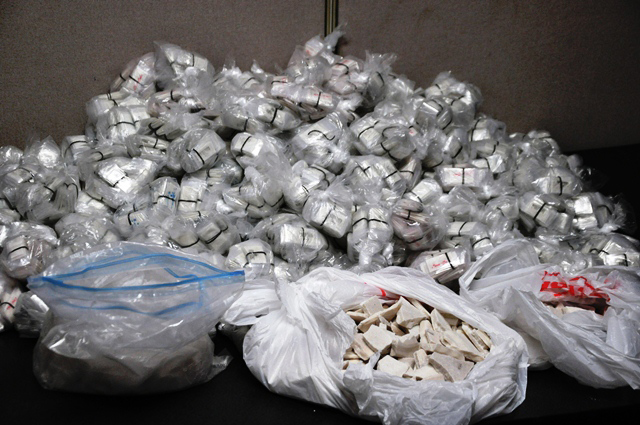 Even after the Drug Enforcement Administration learned that agents had attended sex parties for years in Colombia, the agency has failed to fire dozens of employees cited for all sorts of serious misconduct.

As USA Today reports, the administration’s Board of Professional Conduct has recommended 50 terminations since 2010, but just 13 employees have actually been fired. Some came back after appealing.

An internal discipline log gives few details on incidents, but it does show how the DEA’s strange discipline system works (or doesn’t). For instance, termination was recommended for an employee accused of distributing drugs. But the actual punishment was a two-week suspension.

Lax punishment has apparently been a recurring problem.

“If we conducted an investigation, and an employee actually got terminated, I was surprised,” said Carl Pike, a former DEA internal affairs investigator. “I was truly, truly surprised. Like, wow, the system actually got this guy.”

Seven of 10 accused agents admitted to attending the parties. Three supervisory special agents were found to have accepted money and gifts from cartel members. Punishments ranged from two-day to 10-day suspensions, according to the Inspector General.

So, not only were agents engaging in forbidden activity, but they were also doing so on the dime of local cartels.

However, according to USA Today, three agents accused of hiring prostitutes in Colombia (unrelated to the sex parties) were indeed fired.

Even so, just because agents are fired doesn’t mean they’re out of the agency.

According to USA Today:

Even when employees are fired, records show the punishment doesn’t always stick because the agents were reinstated by the federal Merit Systems Protection Board, the independent body that reviews federal disciplinary matters. In one case, the board blocked the DEA from firing an agent who left a voicemail for his girlfriend threatening “to give the couple's consensually made sex video” to her 8-year-old daughter as a birthday present.

Other agents were given brief suspensions — or letters of reprimand — after leaving a college student handcuffed in a cell without food or water for five days. As the story notes, that student was awarded a $4.1 million legal settlement.

The Justice Department is conducting a review of how effective DEA punishment actually is.

Also in the world of law enforcement transparency, PublicSource has just completed a two-part series on the secretive handling of misconduct investigations within the Pennsylvania State Police and that agency’s internal determination that nearly all self-defense shootings are “justified.”