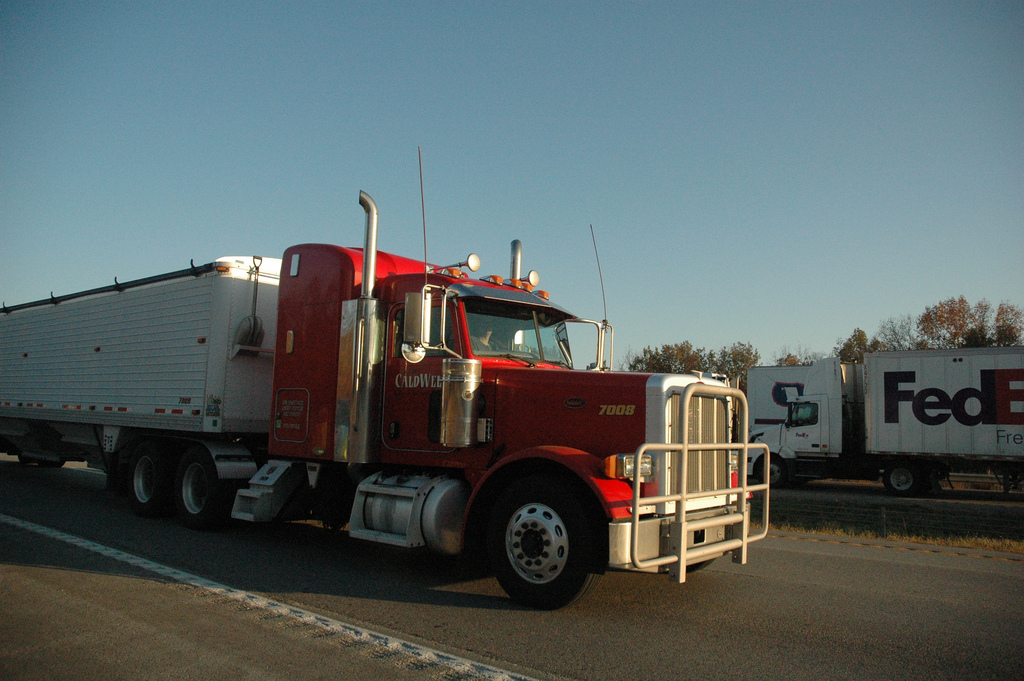 The long-awaited legislation – known as the Fixing America’s Surface Transportation, or FAST, Act – removes truck safety ratings from a public Department of Transportation website. It also creates a pilot program to put drivers as young as 18 behind the wheel of a big rig if they have received military training to operate a similar vehicle.

The law also will slow efforts to raise the insurance requirements for big rigs, which have been required to carry a minimum of $750,000 in liability coverage since 1985.

While the bill lacks the sweeping increases to truck weight and length and other broad changes sought by the industry this year, safety advocates expect the industry to continue pushing for the overhauls they failed to win in the new trucking legislation.

“For Congress to pass those things is insane,” said Daphne Izer of Lisbon, Maine, who became a truck safety advocate after her teenage son was killed in a crash in 1993. “Congress is not listening to its constituents,” she said.

As FairWarning has reported, trucking industry supporters in Congress – despite several years of rising death and injury tolls from big rig crashes – proposed an array of measures that alarmed safety advocates. Among them were proposals to preempt state bans on twin 33-foot trailers, raise the weight limit of big rigs from 80,000 to 91,000 pounds and lower the minimum age of interstate truckers from 21 to 18.

Safety advocates say there is talk on Capitol Hill about Congress pursuing an omnibus bill with provisions allowing the double 33-foot trailers as well as extending a temporary suspension of a rule requiring truckers to take two consecutive nights off after long work weeks.

“I truly expect we’ll have another big fight on the double 33s on our hands,” said Laurie Higginbotham of Memphis, Tenn., who became an advocate after her 33-year-old son, Michael, was killed when his Jeep Cherokee crashed into a tractor-trailer on a dark stretch of road in November 2014.

The law provides highway funding for five years, ending a six-year period in which a bickering Congress could do nothing more than approve dozens of short-term patches for the nation’s transportation system. The bill, also known as H.R. 22, is financed in part through the use of funds from a Federal Reserve account, a move opposed by Fed Chairwoman Janet Yellen.

It calls for $281 billion in contracting authority for roads, bridges and mass transit, $12.2 billion for capital investment grants and nearly $10.4 for freight and rail projects.

Safety advocates expressed frustration that Congress didn’t use the debate over the bill to address the rising number of truck-related injuries and deaths. Since 2009, fatalities and injuries involving big rig crashes have gone up 17 and 28 percent, respectively.

“It was a lost opportunity to make some advancements,” said Cathy Chase, vice president of governmental affairs for Advocates for Highway and Auto Safety.

The American Trucking Associations, on the other hand, put out a press release saying the law “will make moving goods safer and more efficient,” and specifically praised the removal of the safety scores.

The scores have been calculated using data collected from roadside inspections and crash investigations. A report by the Government Accountability Office found that most carriers’ vehicles are inspected infrequently, yielding too little information to produce reliable scores. The industry called the scores “flawed.”

Safety advocates, however, said that if the scores needed an overhaul, they should be fixed while still online. They expressed concern that taking down the scores will mean that they will never go back up.

The industry indicated it would continue its push for 18 year olds without military training to drive big rigs. The 48 contiguous states allow truck drivers as young as 18 to operate big rigs within their borders. The industry wants these young truckers to be able to drive from state to state.

“It is illogical to allow these younger drivers to operate in intrastate commerce in each of the 48 contiguous states, but not let them cross state borders,” said Bill Graves, president of the American Trucking Associations. Safety advocates, however, say that teenagers are dangerous drivers and some oppose even the pilot program that was approved.

The highway funding bill also includes a ban on using federal funds to pay for motorcycle checkpoints, where police can check if riders are wearing helmets that meet minimum safety standards.

Every year, retailers sell more than 800,000 novelty motorcycle helmets that do not meet safety standards. It’s legal to sell them, so long as they’re not represented as meeting the standards, but in most states it’s illegal to wear them while riding a motorcycle.

As FairWarning has reported, the use of novelty helmets by motorcyclists accounts for hundreds of deaths annually.

Provisions in the law aimed at improving safety include an increase in the maximum fine for car manufacturers that don’t quickly report defects from $35 million to $105 million. The law also will prohibit rental car companies with 35 or more vehicles from renting, loaning or selling a car until defects cited in safety recalls are fixed.

Some safety advocates say the bill should have gone further by prohibiting the sale of used cars still subject to a recall, eliminating the cap on fines and establishing criminal penalties for automobile manufacturers that knowingly release defective cars.