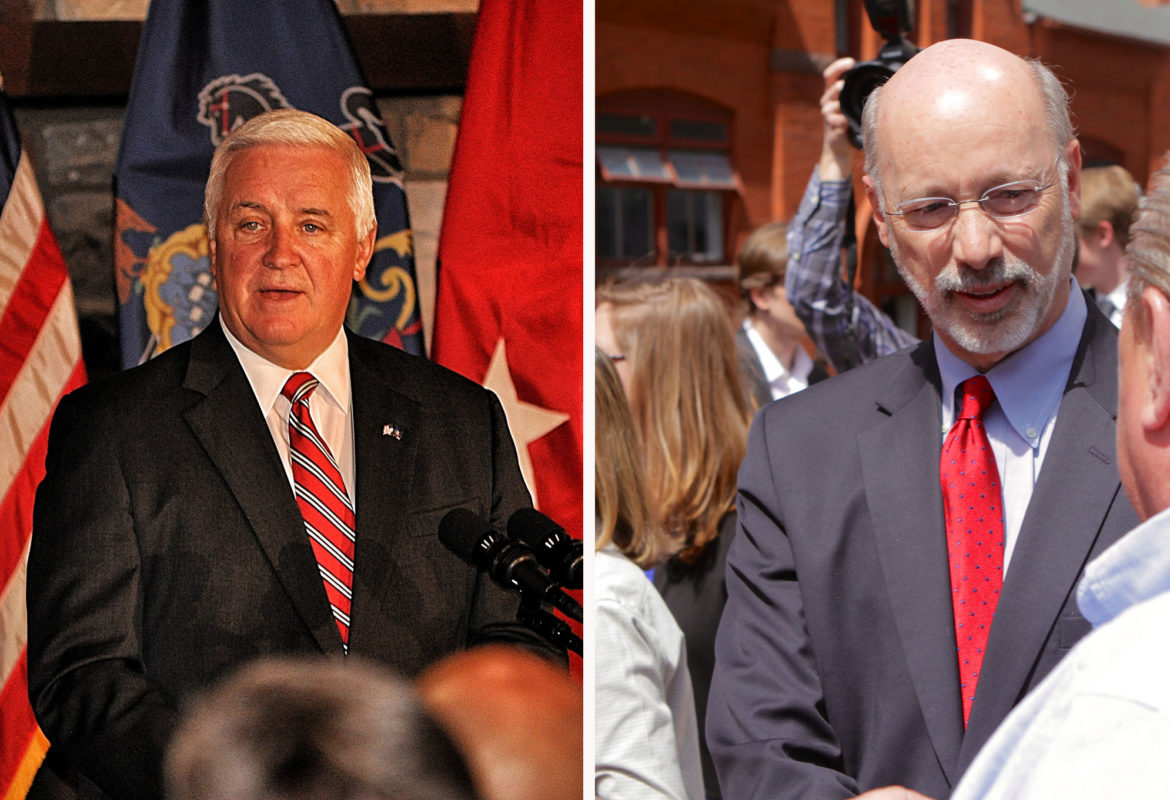 Gov. Tom Corbett, trailing opponent Tom Wolf by 20 to 25 points in the polls, has poured $1.66 million into television ads blanketing the state in July, according to FCC reports.

That’s more than one-third of the $4.8 million in campaign funds Corbett had left over from the primary.

Wolf has spent no money on ads this month.

Terry Madonna, director of the Franklin & Marshall poll, said the reason for the deluge of Corbett’s ads is simple: “There’s relatively little time for the Corbett campaign, as I put it, to change the narrative of this election.”

Corbett’s campaign has run more than 2,600 spots on the four major networks as of July 20, with the majority of the money being spent in the state’s two largest cities, Philadelphia and Pittsburgh.

Wolf raised nearly $18 million in campaign contributions during the primary compared with nearly $12.5 million for Corbett, based on campaign finance filings from Jan. 1, 2013, to June 9, 2014.

Corbett’s largest donations were from Republican Governors Association and wealthy donors with Philadelphia connections, while Wolf’s campaign has been funded largely by himself and his family, as well as major support from teachers unions.

“I’ve always thought that money is not going to be a fundamental problem for either candidate,” Madonna said.

“Both will have enough money to make their case,” he said.

Pennsylvania is one of 12 states that have no limits on how much individuals, state parties, or Political Action Committees (PACs) can give to candidates.

PublicSource is creating the first database of political advertising purchases in Pennsylvania. Before July 1, only the four networks — NBC, FOX, ABC, CBS — in the nation’s 50 largest TV markets had to post political ad buys online.

PublicSource also analyzed the campaign contributions during the primary to both candidates.

“The RGA was very supportive of the Governor in 2010 and they continue to be,” said Billy Pitman, Corbett’s press secretary.

The RGA has sent some of their most powerful fundraisers to the state on Corbett’s behalf, including New Jersey Gov. Chris Christie, Texas Gov. Rick Perry, and Louisiana Gov. Bobby Jindal.

The association recently pledged to spend $100 million over the final 100 days of the election season, according to Politico.

Of the 19 Republican incumbents running for reelection, the two most endangered are Corbett and Maine’s Paul LePage. However, RGA executive director Phil Cox insisted that the RGA will stick with them.

“The RGA is fully committed, we’re all in, and they’re two states we’re going to win,” he told Politico.

Beyond the RGA, Corbett has received an additional $1.68 million from other PACs. Many of them were small donations from large corporate PACs.

From his own pocket

The largest part of the $18 million Wolf raised during the primary came from his own $10 million contribution. Of that amount, $4.45 million came from an M&T Bank loan, which he and his wife personally guaranteed. The rest of the $10 million was from his personal finances.

“He has said publicly that he will not be giving any more money to his campaign,” said Jeffrey Sheridan, Wolf’s press secretary.

In addition to Wolf, three other top donors are family members who contributed a total of $1 million to his campaign.

Wolf’s wealth comes from his ownership in The Wolf Organization, a kitchen cabinet builder and supplier started by his family in 1843.

People who identified themselves as employees of Wolf’s company on campaign contribution reports gave $29,975.

Outside of himself, his family and his employees, Wolf’s main funding source has been teachers unions.

“The Democrats are united and the unions are, one by one, backing him,” said Madonna, the Franklin & Marshall poll director.

M. Thomas Grumbacher, chairman of the board of department store chain Bon-Ton, was Wolf’s second largest donor. The York resident has given $1.15 million.