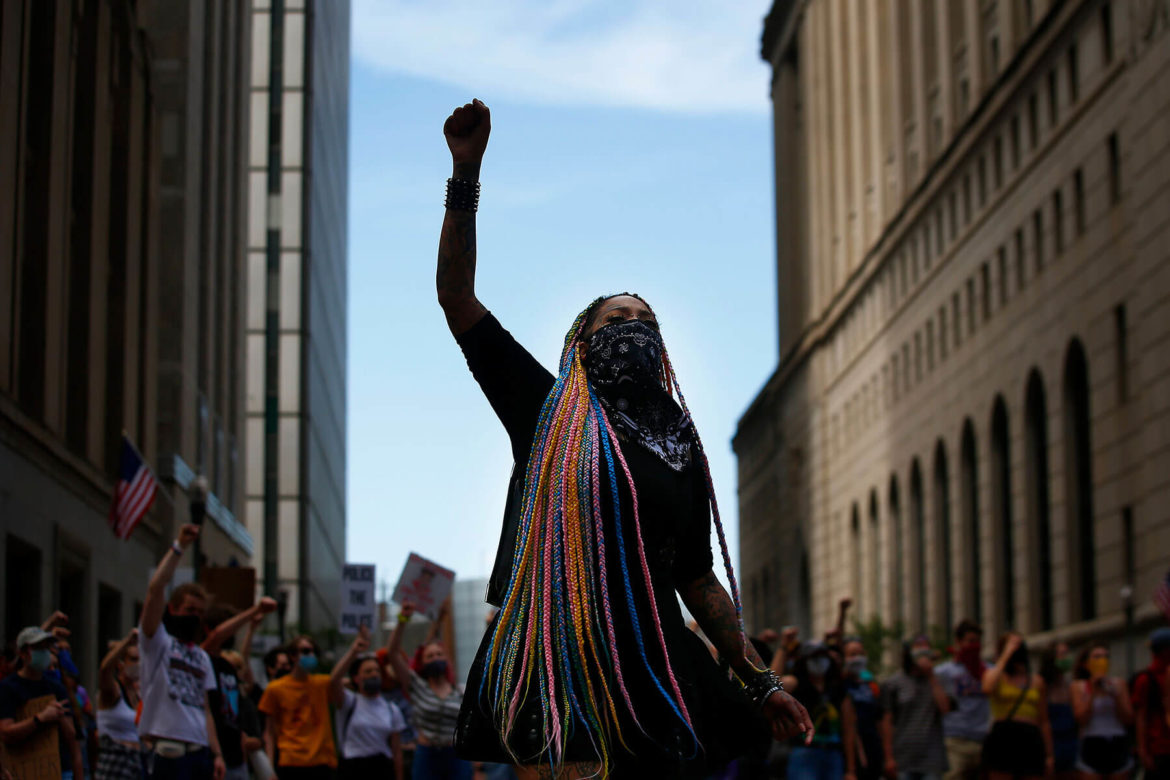 Ever since an insurrectionary mob stormed the U.S. Capitol on Jan. 6, the racial justice protests of summer 2020 are again a hot topic of discussion — primarily among those seeking to downplay the seriousness of Jan. 6 by asserting, as a supposedly self-evident comparison, that protest violence this summer was worse.

We heard this rhetorical move during the impeachment proceedings last week even from the jurors themselves. When Missouri Republican Sen. Roy Blunt was asked whether the video evidence of intentional violence by the Capitol rioters had changed his mind about conviction, he responded, “Well you know, I mean, you have a summer where people all over the country were doing similar kinds of things.”

Republican Montgomery County Commissioner Joe Gale, who faced widespread censure in the spring for calling Black Lives Matter a “radical left-wing hate group,” argued January’s events were a kind of vindication: “Now politicians and the media are suddenly outraged after having spent the last year justifying, excusing, and often ignoring the unrest and the lawlessness that destroyed nearly every major city in the nation."

Not merely inaccurate, this hyperbole (“destroyed nearly every major city”) is untrue in a particularly damaging way. False equivalencies can help cement false histories even when they are countered. 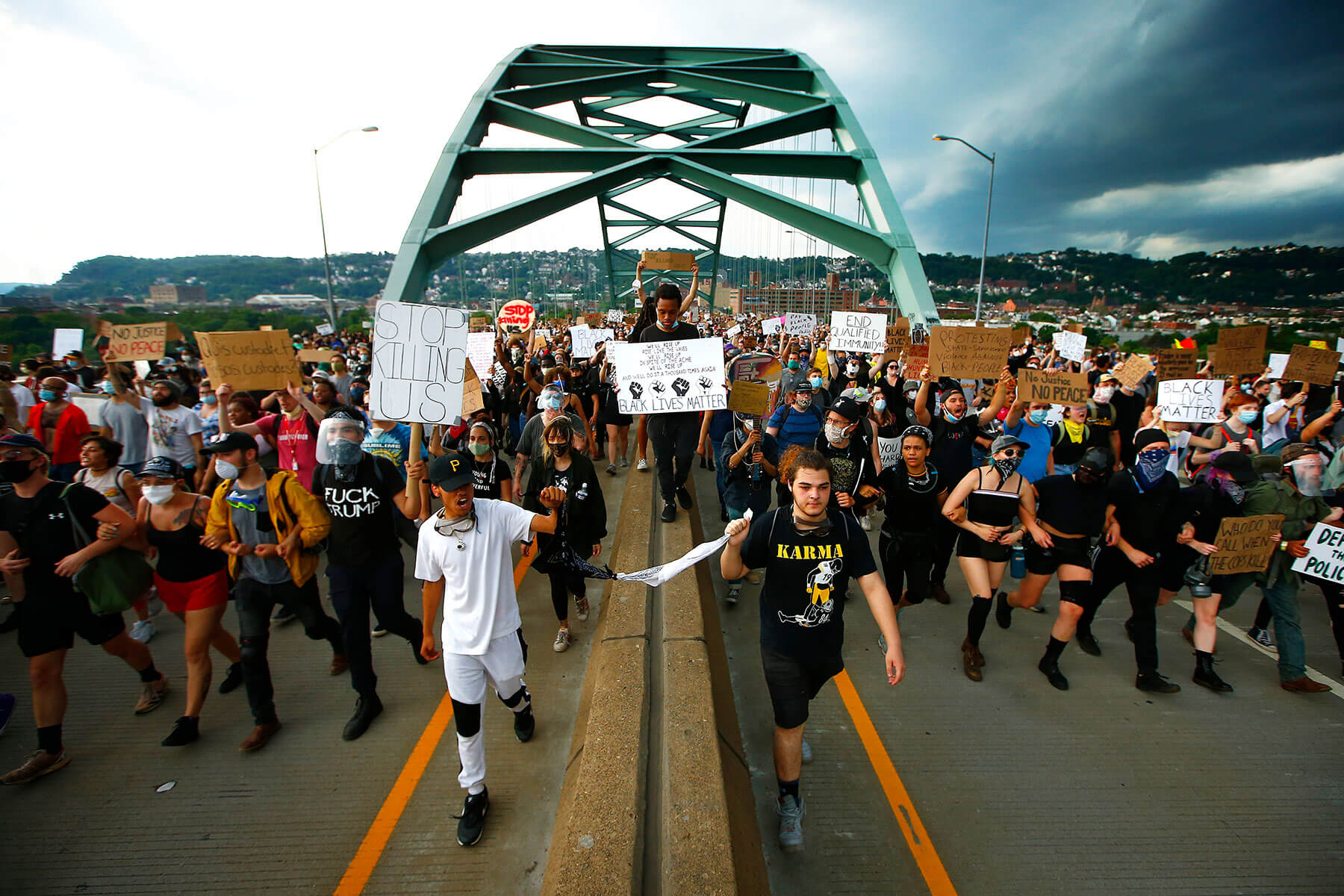 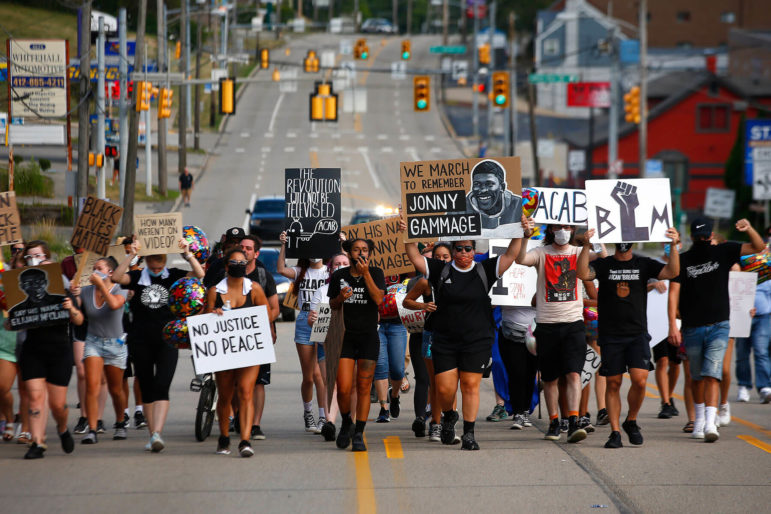 A youth-organized Black Lives Matter protest, led by organizer Camille Redman, marched along Route 51 in Brentwood on Mon., July 20, 2020 in honor of Jonny Gammage, who was killed by police in 1995. (Photo by Jared Wickerham/Pittsburgh City Paper)

Analysts who see Jan. 6 as uniquely dangerous have mainly responded by highlighting January’s very different context: presidential incitement of efforts to overturn election results. Yet the assertion that the summer’s protests were largely violent needs to be explicitly challenged as well. Because beliefs have consequences. Indeed, distorted claims linking this summer’s protests to violence haven’t just emerged retroactively—they preceded protests in many places, with real-world results.

First, some numbers. The killing of George Floyd on May 25 set off protests against police brutality and in support of racial justice that would total more than 7,000 separate gatherings by the end of June 2020. This wave of collective response was both decentralized—local people organized events with little to no coordination between them—and unprecedented in its geographic breadth.

In Pennsylvania alone, late May and June saw protests held in over 230 different communities, roughly 10 times the number that had ever held a “Women’s March” or a “Tea Party” protest.

The racial justice protests involved literally millions of attendees and were overwhelmingly peaceful. As published in the Washington Post, scholars found reports of protesters or bystanders injured in just 1.6% of 7,305 protests documented, and police injured in 1%. Only 3.7% of protests saw reports of property damage or vandalism, and not all of these were actions by protesters. Nevertheless protests were heavily policed: arrests were made at 5% of the events, over 8,500 arrests in all.

The rarity of violence is remarkable given how easily it could be provoked, either intentionally or not. Especially in communities where relations between police and community were already tense—cities with a history of failures of oversight or accountability—it was easy for mistrust and communication gaps to accelerate conflict.

On June 1, I attended a protest in East Liberty, marvelling at its scale (the march grew to 1,000 people), the diversity of participants and the careful safety measures on display: masks, hand sanitizer, protest marshals communicating with authorities as the route evolved. 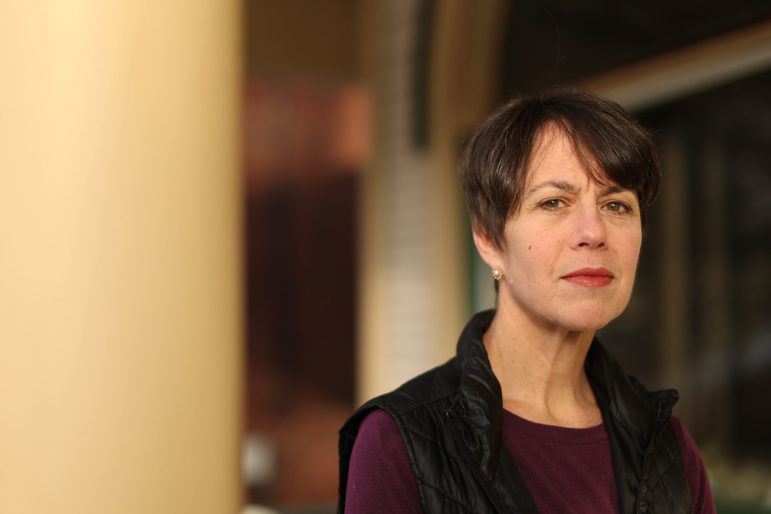 Lara Putnam poses for a portrait in front of her East Liberty home on Mon., Feb. 8, 2021.(Photo by Jared Wickerham/Pittsburgh City Paper)

That evening, I was again present as a line of police in riot gear issued unintelligible orders through a bullhorn to the last stragglers of the march and then fired “less lethal” weapons when they failed to disperse. Hours later I listened as city leaders at a late-night press conference painted a picture of protester-initiated mayhem starkly at odds with what I had seen.

Anyone who learned of the protest through TV news clips saw broken glass and arrests and heard “a peaceful protest turned violent”—due to the actions, they surely assumed, of the 22 people arrested or others who got away. Many viewers likely missed the news that within weeks all charges had been dropped.

There’s a deep irony here. When authorities are primed to expect that protesters intend violence, or have been infiltrated by outside agitators who do, it makes it easier for misjudgement or mishandling to escalate.

And this summer, prior perceptions were being shaped by an onslaught of false claims.

In Pennsylvania town after town, social media rumors claimed outsiders were planning to carry out violence at Black Lives Matter or George Floyd solidarity protests. The rumors proved false. Rather they were part of a nationwide wave of disinformation which had locals arming themselves in fear of supposed “busloads of antifa” from Oregon to Ohio.

That is another part of the summer’s story currently being erased—the way false claims of violent “antifa” plans were shaping perceptions before any local protest even began. 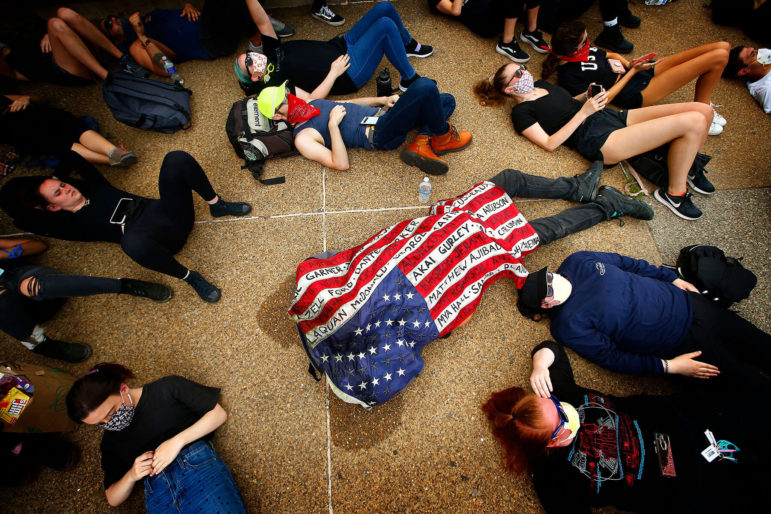 A protester lies underneath an American flag, covered in the handwritten names of Black people whose lives were lost at the hands of police, outside of the Allegheny County Jail during a Black Lives Matter protest on June 4, 2020. (Photo by Jared Wickerham/Pittsburgh City Paper)

The scale of the false rumors was anything but small. Working as a team with Professor Mike Colaresi and David Frisch through Pitt Cyber, we found advance rumors of planned violence by outsiders in Quakertown, Hamburg, Manheim, Phoenixville, Abington, Doylestown, Bensalem, Bristol Borough, Hilltown, Vandergrift, Honesdale, Hazleton, Saxonburg, Mars, Kittanning, Ellwood, Johnstown, Indiana, Elizabethtown and Aliquippa—and those were simply the cases we found on our first pass.

Such rumors had real-world consequences. In multiple places, protests that local high school students had stepped up to organize as an act of hopeful community solidarity were canceled. Sometimes protest organizers themselves became targets of vicious threats of violence. Sometimes armed counterprotesters showed up, not infrequently brandishing the same banners—Trump 2020 and Confederate flags—carried by the vigilantes who attacked the U.S. Capitol six months later.

So it’s particularly jarring now to hear January’s violence retroactively justified with the insistence that “the other side” carried out similar acts last summer.

For when we reconstruct the summer’s actual history, what stands out are the multiple pathways through which advance claims linking racial justice protests to “antifa” violence raised the risk of conflict, pre-framed local memories and laid the groundwork for the rhetoric we are now hearing.

The reality is this: A small number of cities saw dramatic and tragic violence and property damage this summer—almost never instigated by racial justice protest organizers themselves and too often worsened by aggressive mishandling by police or public authorities.

In a larger number of places, groundless rumors of supposedly intended violence preceded protests. That fueled the arrival of armed counterprotesters, shaped police responses and lingered in public memory even after protests concluded smoothly.

And, most widespread and frequent of all, in thousands of cities and small towns nationwide, local residents came together in emotionally wrenching but entirely peaceful protests to denounce anti-Black racism and to begin asking what justice for George Floyd and beyond might look like locally.

For this history to be summed up as “unrest and the lawlessness that destroyed nearly every major city in the nation”—as voices ranging from county commissioners to senators to social media trolls are now attempting—is a false and costly rewriting of our very recent past.

Lara Putnam is UCIS Research Professor in the Department of History at the University of Pittsburgh. She can be reached at LEP12@pitt.edu and followed at @Lara_Putnam on Twitter.