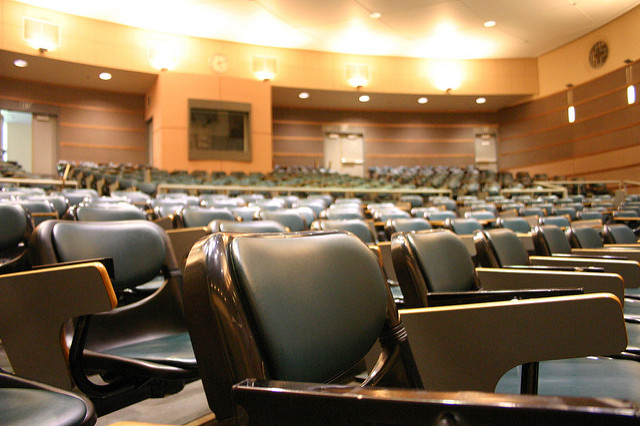 Some education and economy experts believe that Hillary Clinton’s adapted plan to provide no-cost college education at public universities may actually cause the price of tuition to go up.

Clinton’s new proposal would allow students from families that make less than $125,000 a year to attend a four-year in-state university without incurring student debt, beginning in 2021.

The proposed plan would cost $350 billion over 10 years and would be funded by closing tax loopholes for high-income earners, according to a Clinton campaign official.

However, if students from low and median income families begin attending universities at no-cost, public universities may take advantage of federal subsidies and raise tuition — at the expense of taxpayers — according to some economists.

A 2015 study from the Federal Reserve Bank of New York found that colleges rake in 60 cents from every dollar increase of federal subsidies for college, either from raising tuition or decreasing aid packages.

“Colleges have the opportunity to extract money from the federal government, and they do it,” Taylor Nadauld, a finance professor at Brigham Young University and co-author of the study, told the New York Times.

In the past decade, tuition at public universities increased by 33 percent, according to the Center on Budget and Policy Priorities. Last year, 38 states increased funding per student and the national number for per-student funding rose by $275, or 4 percent.

The fact sheet and proposal outline provided by the Clinton campaign promises that universities “will be accountable for reining in costs to provide value to their students,” though the plan doesn’t say how that aspect will be enforced.

Pennsylvania’s public universities are among the most expensive in the country to attend.

Last year it was found that Pennsylvania’s public universities were the third most expensive public universities in the United States. The $13,395 that in-state residents paid in tuition and fees were more than 40 percent higher than the national average of $9,410.

Students across Pennsylvania’s 14 state-owned public universities will see an increase in their college tuition bill starting in the fall. The hike will take tuition up by $89 per semester, or a 2.5 percent increase, for in-state residents.

The increase is the state’s smallest tuition increase by percentage since the 2005-06 school year. Last year the Pennsylvania State System of Higher Education decided against Gov. Tom Wolf’s request to freeze tuition hikes and approved a 3.5 percent increase in tuition for in-state residents at the state’s universities.

Pennsylvania State System of Higher Education board officials said the universities will have to find $5.5 million to cut from their budgets, despite the 2.5 percent increase in tuition costs.