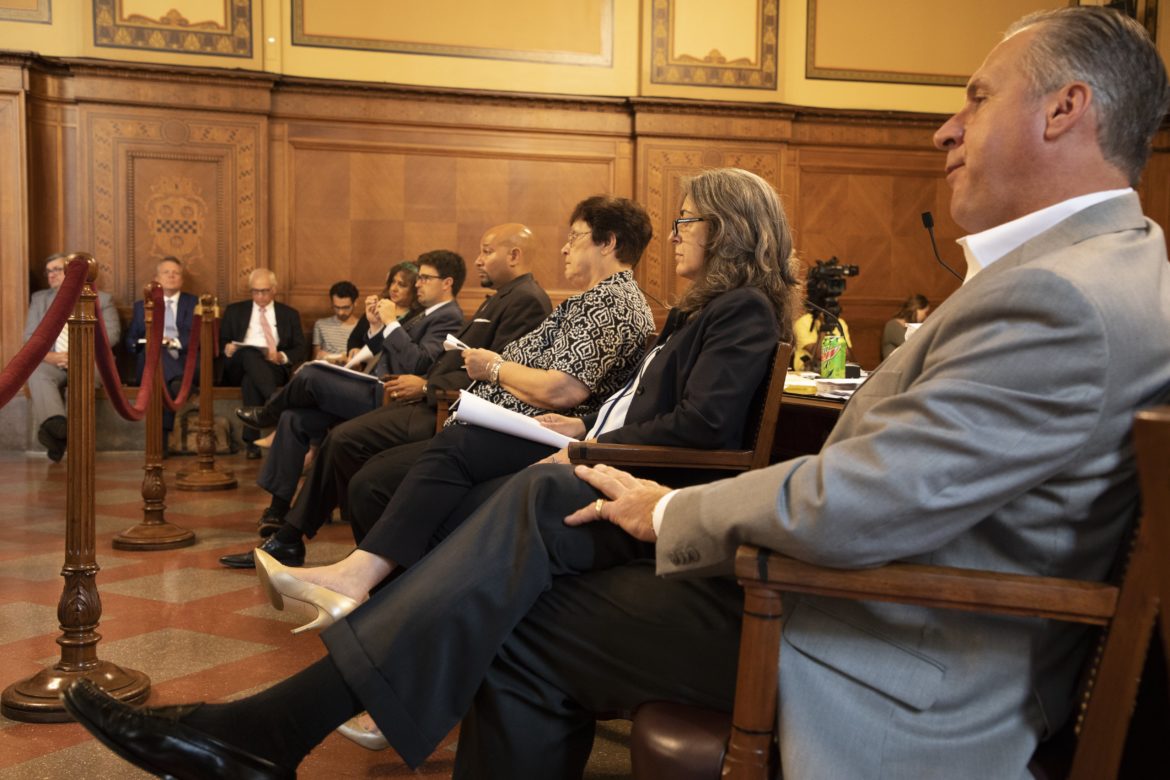 Pittsburgh City Council members listen to speakers during the public comment period at a meeting in July. (Photo by Kat Procyk/PublicSource)

Amid opposition from local activists Pittsburgh City Council approved UPMC’s expansion plan on Tuesday by a 7-2 vote with council members Deb Gross and Darlene Harris voting against it.

Paul Wood, chief communications officer of UPMC, wrote in a statement: “UPMC appreciates today’s 7-2 City Council vote after their careful consideration. We look forward to moving ahead with construction of the UPMC Vision and Rehabilitation Hospital at UPMC Mercy and continuing our work on initiatives to benefit the Uptown and Hill District neighborhoods and residents.”

UPMC announced a $2 billion expansion in November of last year. Of that, $400 million will go to the new eye care center in Uptown. The new facility will be constructed on a vacant parking lot on UPMC Mercy’s campus.

Two weeks have passed since a public hearing on UPMC’s expansion plan concluded with several Pittsburgh city council members agreeing to delay the approval until a community benefits agreement [CBA] is in place. 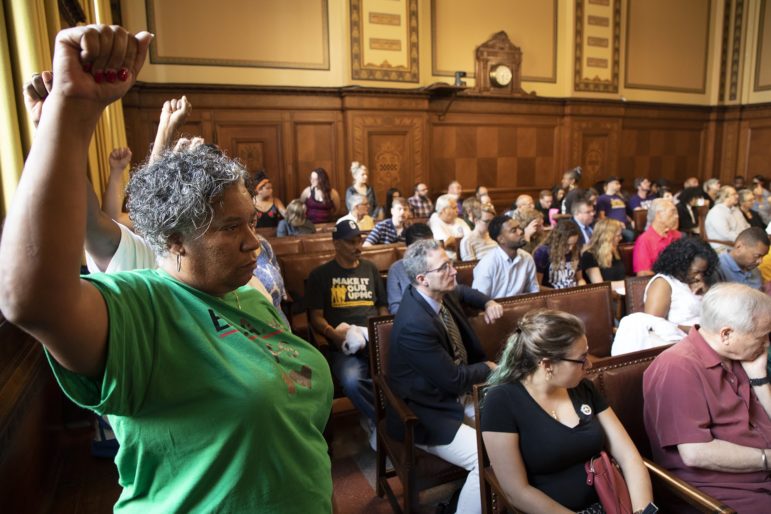 During the discussion before the vote, Gross and Harris both questioned how quickly the CBA came together. “It’s been a matter of hours that we’ve had these bullet points in front of us. The public deserves an explanation for this particular timeline,” Gross said. In an earlier interview with PublicSource, Gross pointed out that the CBA for the Penguins took two years to develop.

Harris and Gross pushed for city council to delay the vote until October so the community could have more time for input on the details released in the CBA, council voted down the motion 7-2. Lavelle said Uptown Partners had done major work engaging the community and helping with the CBA.

Gross also asked whether the CBA is legally binding for UPMC given that the document before them had no signature. She turned around from the council table and asked the UPMC executives in the room if they would sign it. That move didn’t generate much response aside from non-verbal signs of rejection. Lavelle attached a letter from UPMC’s chief legal officer Thomas McGough Jr. that was dated July 25th. The letter states, “...UPMC and UPMC Mercy will not object to City Council making our commitments set forth in the letter of July 19, 2018, a condition of approval of the pending revision of UPMC Mercy’s Institutional Master Plan.” The July 19th letter has not been made public.

Lavelle said it was “disingenuous” to imply that the CBA is not legal without a signature and that UPMC is bound by its conditions when the council approves the amendment.

“Without agreement with the partner, we would not be able to attach a CBA,” he said. 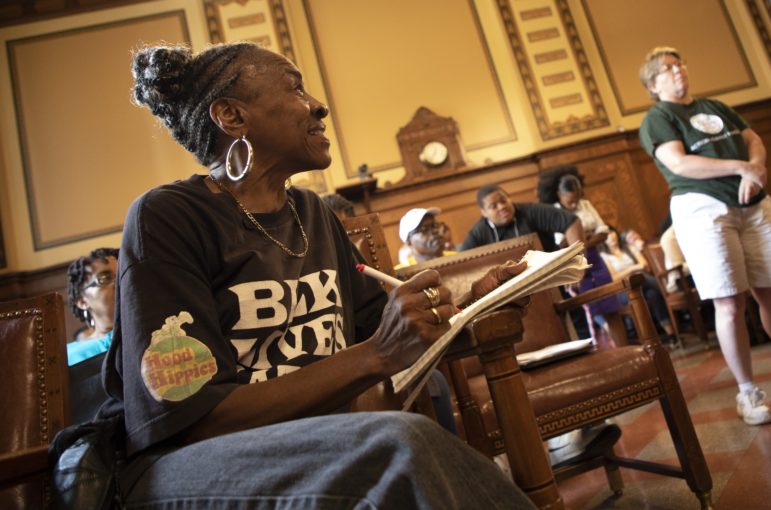 In response to Councilman Lavelle’s announcement that he had reached a community benefits agreement with UPMC Mercy, Jennifer Rafanan-Kennedy, executive director of Pittsburgh United, wrote in a statement Monday night:

“It’s a strange kind of community benefits agreement that is bargained with no representatives of the community at the table, that the community learns about from the press, and that leaves so many details unspecified that the community can’t tell for certain what’s been agreed to. More substantively, the agreement makes very little progress on the core demands that our city’s patients, advocates and workers brought to the Planning Commission...Those demands include access to UPMC hospitals for every resident who subsidizes them, accountability to reducing shocking health inequality in our city, and living wages and an end to union-busting in UPMC facilities.”

During the public comment period a few speakers brought up the fact that Lavelle’s wife Rachel Riley-Lavelle serves on the board of UPMC Mercy. They saw it as a conflict of interest.

Before the vote, more than a dozen people spoke during the public comment period. Summer Lee, a state House candidate from District 34, shamed UPMC for using Mercy and Braddock hospitals as bargaining chips. She said UPMC has made their "vision" clear by putting pressure on the council, "They will threaten you for waiting 90 days but will make workers wait two years for a livable wage...We are asking you, our council, to stand on the side of the people." 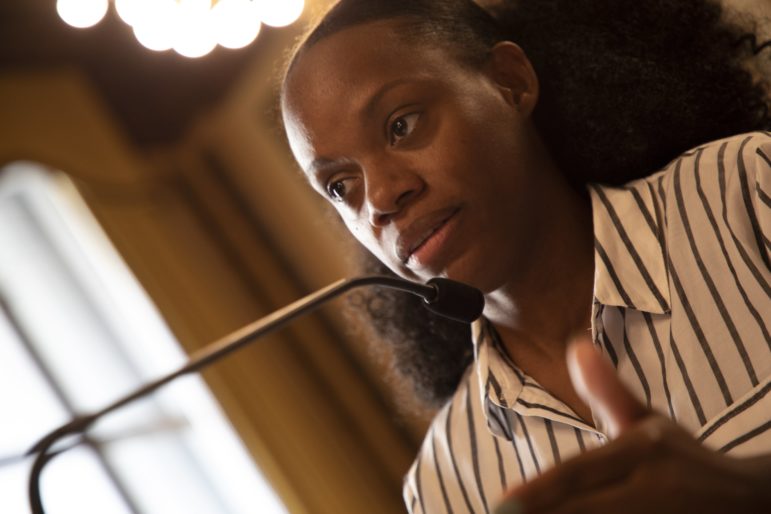 Today’s vote in support of UPMC’s plan came after Mayor Bill Peduto and County Executive Rich Fitzgerald both released statements last week endorsing the UPMC Mercy expansion. In his statement, Peduto said he supports UPMC because “of the world-class and unparalleled vision and therapeutic services it will provide critically ill patients, and the transformative effect it will have on Uptown and the Hill District.”

His statement, while praising UPMC as an economic driver for Pittsburgh, also supported workers’ right to unionize: “I am a longtime and proven supporter of union and worker rights, and I continue to stand in support of organized labor's fights for its members, particularly in a time when strong federal forces are mounting against them.” 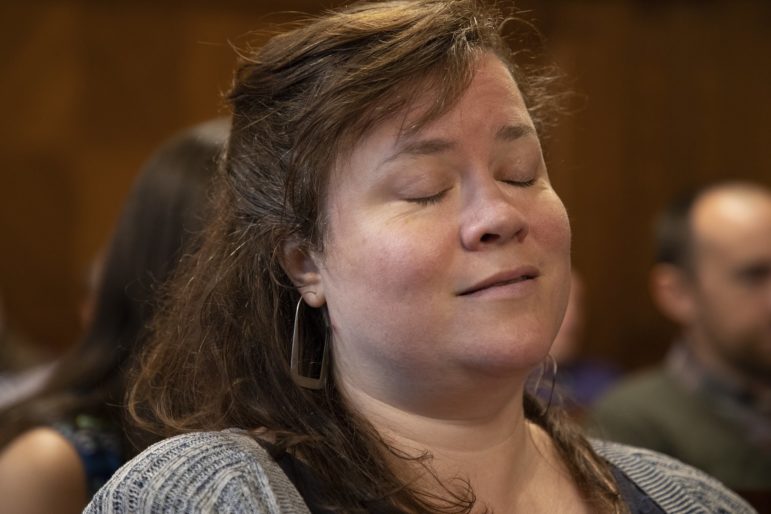 Erin Kramer, 37, of Squirrel Hill, closes her eyes as she listens to members of the city council speaking in support of UPMC’s expansion plan. Kramer spoke against the expansion during a public comment period. “How do we fight differently moving forward?” Kramer wondered after the vote. (Photo by Kat Procyk/PublicSource)

Allegheny County Controller Chelsa Wagner released a statement during today’s city council meeting saying: “It is disappointing that the City residents, myself included, who testified before Council on the need for a broad Community Benefits Agreement for the UPMC Mercy project have been denied the opportunity to review and have dialogue on the agreement reached with UPMC. UPMC’s unchecked growth and refusal to behave like a tax-exempt charity impacts every neighborhood and every resident, and any agreement allowing this project to move forward should have involved all of the stakeholders who are working toward accountability for UPMC and a more equitable Pittsburgh. It is unfortunate that a singular opportunity for City Council to demand that UPMC begin to benefit all Pittsburghers has been squandered.”