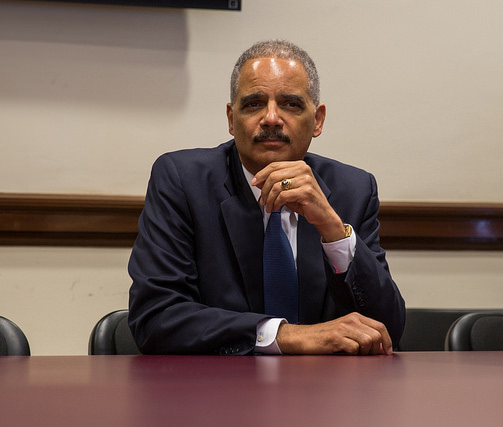 When mistakes happen in the justice system – say the wrong person gets sent to prison, or a dangerous inmate let out – blame often gets cast narrowly.

But in a report expected next week, the research arm of the U.S. Department of Justice recommends borrowing methods used in medicine and aviation to diagnose systemic failings that lead to major errors.

James Doyle, the report’s primary author, and a fellow at the National Institute of Justice, says mistakes are often pinned on police, witnesses and lawyers, according to the New York Times.

Judges, lawmakers and others higher up in the system are left out.

But when major mistakes happen in fields as diverse as medicine and aviation, review boards dig much deeper to determine what went wrong.

Rather than focusing on finding a single culprit to blame for a mistake, medical and transportation review boards study how an entire organization got the wrong person on an operating table, for instance, or an airliner to fly without making sure ice would not form on the wings.

Doyle calls these “sentinel events,” taking a term from the medical world.

One of the report’s contributors is Jennifer Thompson, who wrongly identified Ronald Cotton in two separate trials as a man who broke into her home and raped her in college.

Cotton spent 11 years in prison but was exonerated. In an interesting twist, Thompson and Cotton examine the case together in the joint memoir “Picking Cotton.”

“As I have traveled throughout the country and in speaking with the public, I am constantly seen as the villain, the person who ‘did this’ to Ronald,” she wrote in the institute’s report. In fact, Mr. Cotton had forgiven her and they both saw that her mistaken identifications did not occur in a vacuum.

“There were systemic problems that helped to contaminate my memory and create the perfect storm,” she wrote.

In an introduction to the report, Attorney General Eric Holder said that errors in justice must be examined broadly.

“Criminal justice errors — whether they are wrongful convictions, premature prisoner releases, long-unsolved cold cases or other serious oversights — are rarely the fault of a single actor,” Holder wrote, according to the story.

In Pennsylvania last month, a man who had served 24 years in prison for arson and murder was released after a judge ruled that he was prosecuted using faulty arson science.

Prosecutors admit the mistake but contend that other evidence proves that Han Tak Lee, now 79, killed his daughter in a 1989 fire at a religious retreat in the Poconos.

Lee was sentenced to life without parole. The federal judge gave prosecutors 120 days to decide if they will seek a new trial.