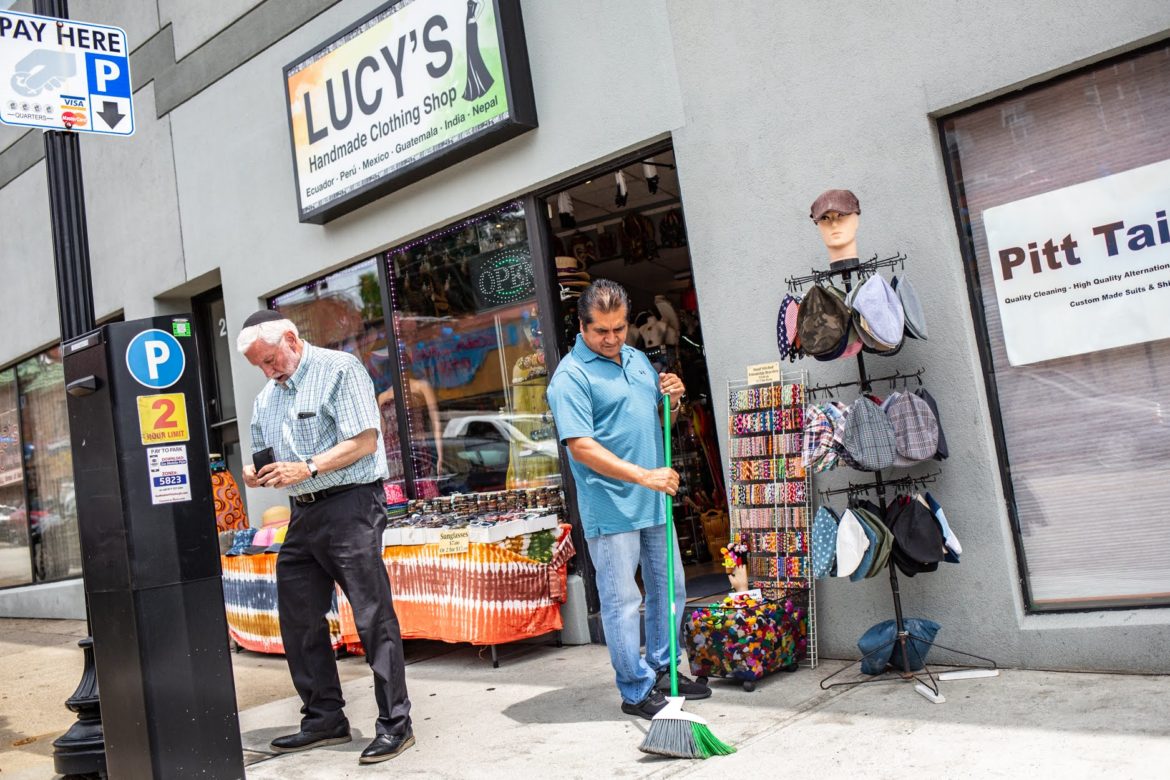 In the seven months he has co-owned Lucy’s Handmade Clothing Shop in Squirrel Hill, Martin Villalba has already heard many complaints from customers about the lack of parking on the neighborhood’s main thoroughfare, Murray Avenue.

“They say they cannot park because there [are] so many cars. They say, ‘Oh, we tried to buy something from you, but [there] is no parking around here,’” Villalba said.

One block down from Lucy’s on Murray Avenue is Safi’s Hair Salon. Owner Safa Safi said his customers are sometimes late for their appointments because it takes so long to find a spot.

“Here, you have sometimes to go around the block two or three times to find a place to park,” Safi said. The difficulty of finding parking can make customers more reluctant to visit small businesses in Squirrel Hill.

“It’s not good for the business, you know,” Villalba said. “Sometimes it’s empty—no customers at all. I don’t know if that’s [because of] the parking, or what.” 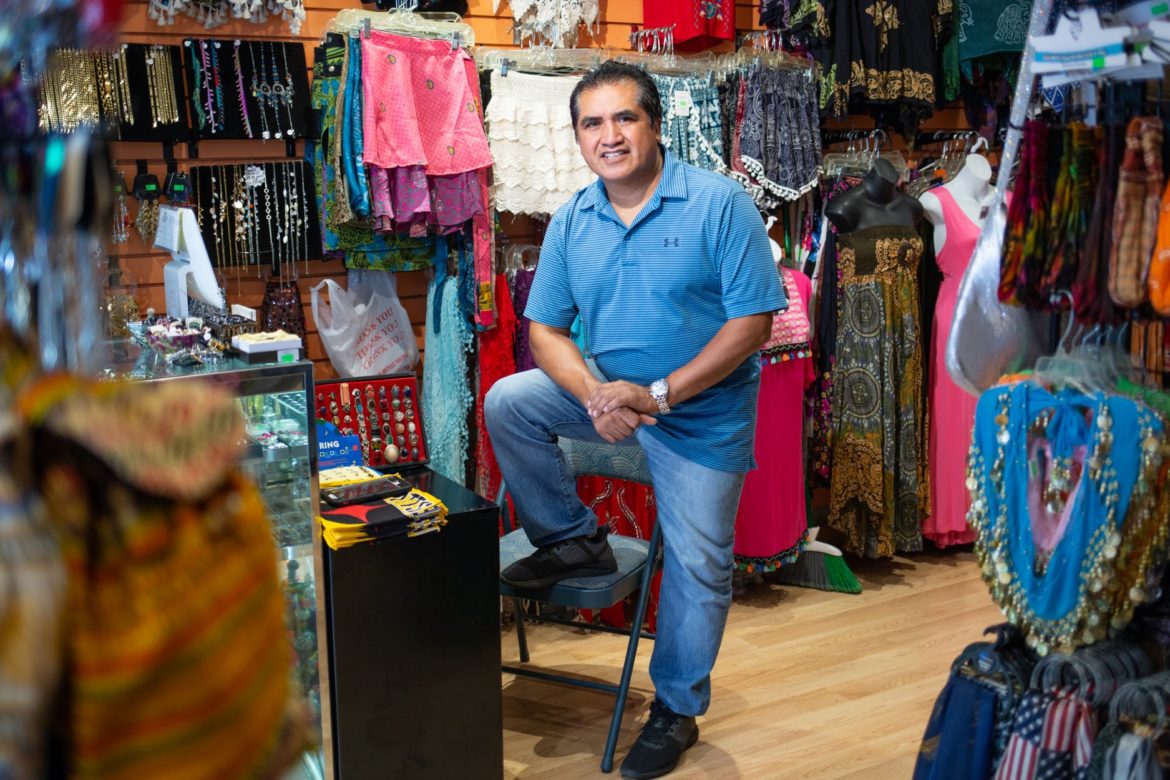 Cities, including Pittsburgh, have tried to make parking more available by requiring developers to include a certain number of off-street parking spaces per unit of each new building. However, one recent study suggests that having too many parking spaces encourages driving and contributes to problems like air pollution and rising housing costs. The price of building and maintaining parking spaces gets passed on to renters, which makes housing less affordable. In Portland, for instance, a 2012 study found surface parking spots (the cheapest option) cost around $3,000 each to build. Researchers estimated that the additional cost of building these spaces could push an $800 monthly rent into the $1,200 to $1,800 per month range, an increase of 50 to 125 percent.

Another possibility is for cities to use dynamic pricing to better manage the parking they already have. In other cities, this has been a popular solution for heavily metered neighborhoods similar to Squirrel Hill.

Dynamic pricing—also known as demand-responsive pricing, variable pricing or performance pricing—means setting parking meter rates based on demand in a particular block or zone at a particular time of day. The goal is to make sure there are always a few open spaces per block and encourage people to park only as long as they need. Theoretically, this arrangement should enable more customers to shop or eat in a business district.

Dynamic pricing has become popular among urban planning experts nationwide since UCLA professor Donald Shoup advocated for it in his 2005 book “The High Cost of Free Parking.” In the past decade, cities as diverse as Seattle, Los Angeles, San Francisco, Boston and San Diego have experimented with some form of dynamic pricing.

The Pittsburgh Parking Authority [PPA] is currently working on a plan to implement dynamic pricing in neighborhoods like Squirrel Hill, Shadyside, the North Side and Downtown, said John Fournier, director of on-street and metered parking at PPA. 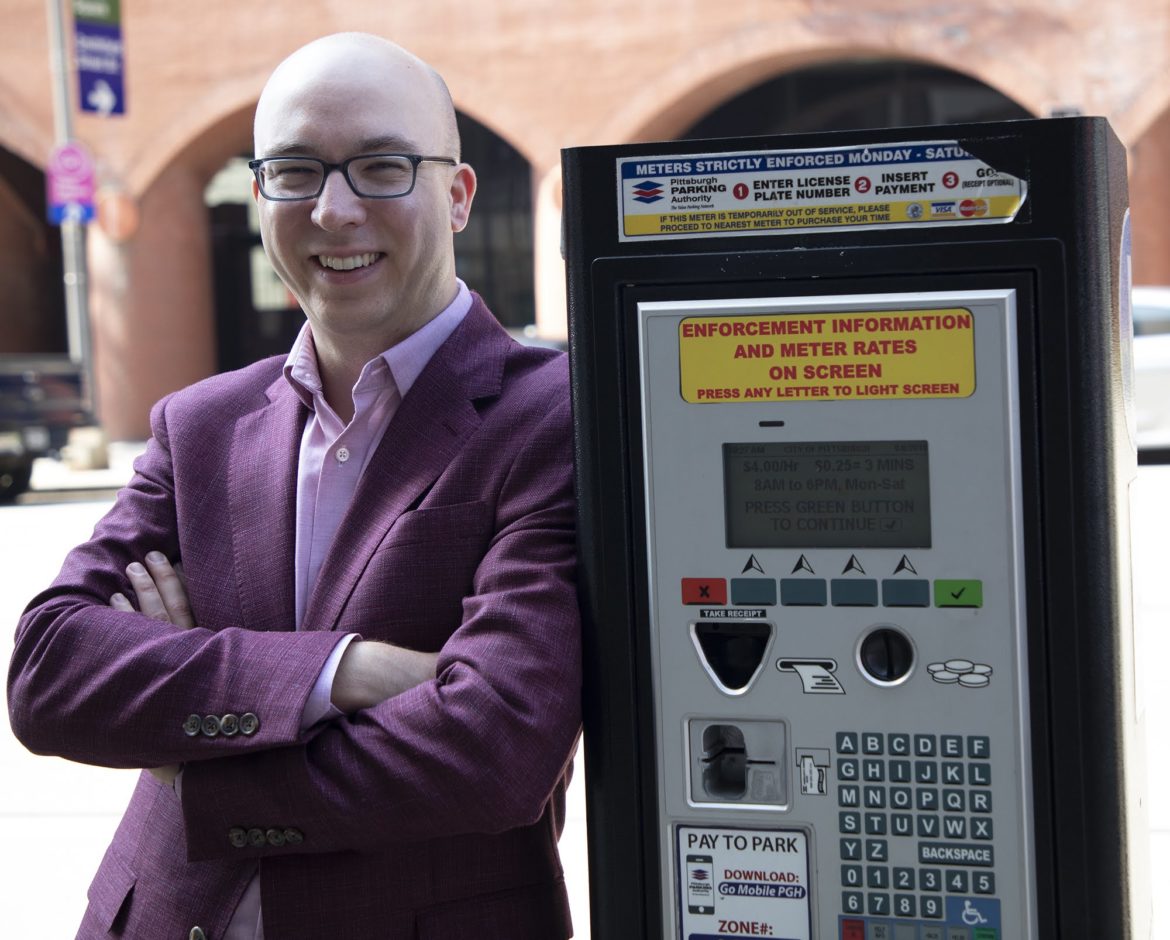 John Fournier, director of on-street and metered parking at the Pittsburgh Parking Authority, poses for a portrait next to a parking meter on August 6, 2018. (Photo by Kat Procyk/PublicSource)

Under a dynamic pricing system, policymakers gather data about the demand for parking in each zone or each block of metered parking. Using this information, they tweak meter rates periodically (monthly or quarterly) so more popular areas become more expensive, while less popular parking spaces become cheaper.

In theory, these rate adjustments should incentivize people to park farther from major destinations, leaving a few open spaces in the most desirable locations for people willing to pay extra for convenience. By distributing the demand for parking more evenly, dynamic pricing can cut down on the congestion, pollution and annoyance caused by people “cruising” for nonexistent spaces.

A 2014 evaluation of SFpark, a dynamic pricing pilot in San Francisco, found that in its three years of operation up to that point, the program had decreased the average hourly price of parking, improved parking availability and cut down the amount of time drivers spent searching for parking spaces.

Because people didn’t have to spend as much time searching for parking, carbon dioxide emissions also decreased, as did traffic congestion during peak driving periods in the pilot areas. Furthermore, people were less likely to double park or get parking tickets in pilot areas, perhaps because dynamic pricing opened up more legal spaces. 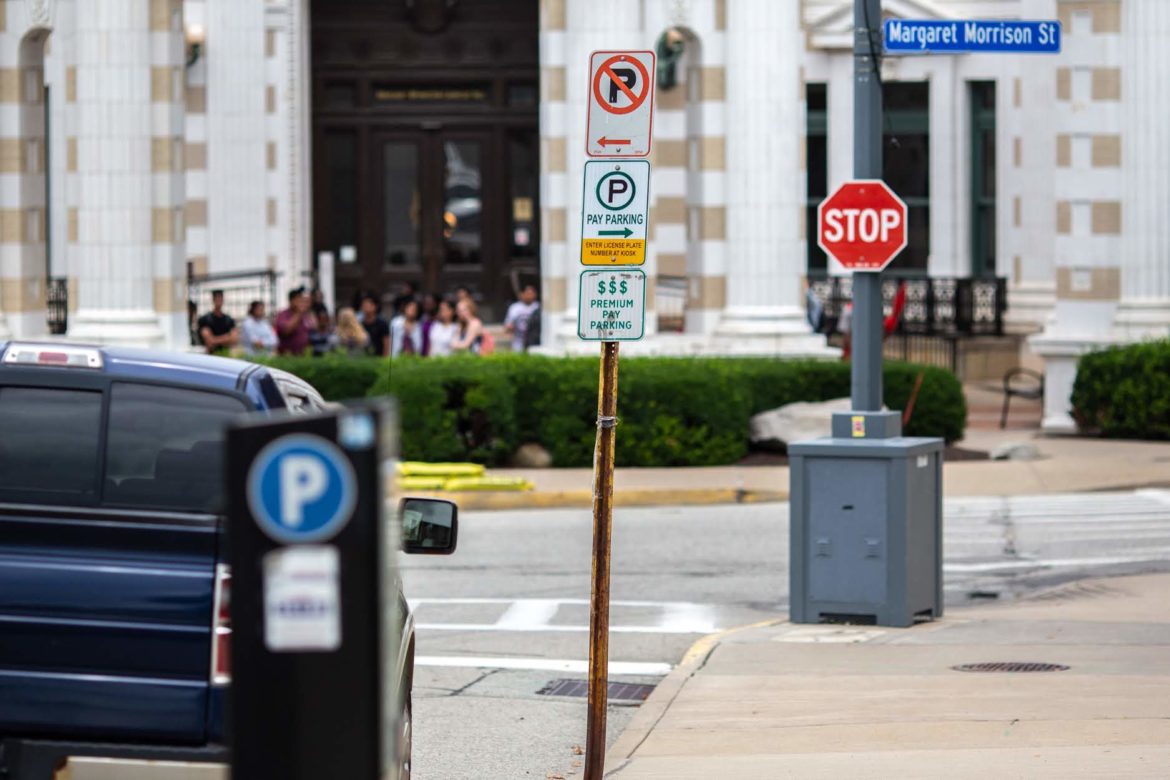 A premium pay parking area at the corner on Tech Drive and Margaret Morrison Street on the campus of Carnegie Mellon University in Oakland. (Photo by John Altdorfer/PublicSource)

All of San Francisco was experiencing an economic boom during the years of the dynamic pricing pilot, but sales tax revenue from the pilot areas increased at an even higher rate than revenue in control areas, according to Hank Willson, a parking policy and planning manager for the San Francisco Municipal Transportation Authority [SFMTA]. He said parking that is too cheap hurts businesses because spaces fill up, keeping potential customers away.

Dynamic pricing was first tested in Pittsburgh in 2013, when Mark Fichman and Stephen Spear, both professors at Carnegie Mellon University’s [CMU] Tepper School of Business, designed a pilot program to see if dynamic pricing would make it easier to park near the university.

Using data they gathered, Fichman and Spear started submitting requests for rate adjustments to PPA every month to balance the supply and demand for parking on four streets adjacent to CMU.

“[If the] price is too low … the parking gets all filled up and basically you arrive there and you can’t park,” Fichman said. “If the price is too high, no one parks there. So finding the right price is kind of key.”

Hourly prices never increased more than 50 cents on any of the four streets involved in the pilot, and, in fact, rates decreased on two of the less-trafficked streets. As a result, revenue from the parking meters near CMU increased by about 10 percent from $587,483 in 2013 (the first full year of the pilot) to $649,921 in 2014 (the second year of the pilot).

Fichman and Spear decided to “pull the plug” on their experiment in December 2015. Fichman said the three-year pilot program had convinced him that the city understood how to do dynamic pricing. “We decided, [Spear] and I, ‘Our work is done here. We proved our point,’” Fichman said.

“[If the] price is too low … the parking gets all filled up and basically you arrive there and you can’t park. If the price is too high, no one parks there. So finding the right price is kind of key.”

In December 2014, a city ordinance authorized the expansion of dynamic pricing in several Pittsburgh neighborhoods, including Downtown, Squirrel Hill, the North Side and Shadyside.

Since March 2016, PPA has used a version of dynamic pricing on Walnut Street in Shadyside, setting a lower price for parking in the early morning to reflect the relative demand for parking at that time of day.

Despite dynamic pricing’s success, Fournier of PPA said implementing it is not simple. He cautioned that introducing dynamic pricing on a larger scale requires major investment in IT infrastructure and a great deal of careful planning.

“[It’s] not like flipping a light switch, and all of a sudden—boom, you’ve got dynamic pricing citywide,” Fournier said. Some of these implementation challenges include:

Fournier said he’s “reluctant” to predict when Pittsburgh will see a broader implementation of dynamic pricing because of these challenges, but that he is getting to the point where he’s happy with the internal technological improvements and is almost ready to start creating models and reaching out to community groups.

At the end of the day, Fichman said, helping local businesses should be the main goal of dynamic pricing.

“If you’re a business owner, you don’t want customers to come and park in front of your store and stay there for six hours…you want them to come, do their business and leave,” Fichman said. “The parking performance is really primarily to provide business owners with easy access to customers.”

Madeleine Davison is an editorial intern for PublicSource. She can be reached at madeleine@publicsource.org

The story was fact checked by J. Dale Shoemaker.

Correction, Aug. 10: Martin Villalba was misidentified in the photo captions in the story.