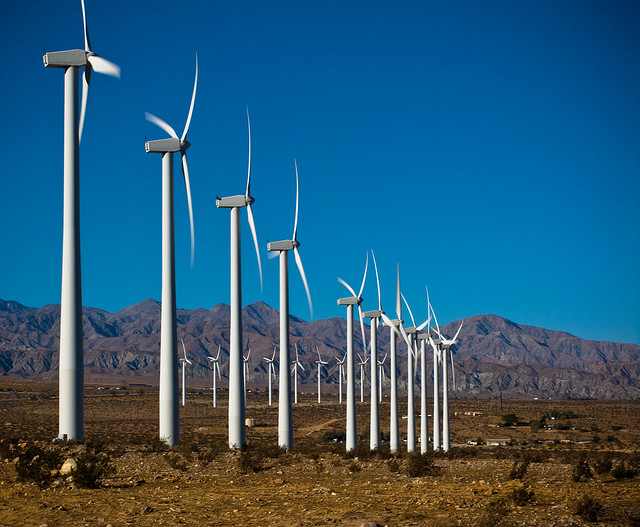 The measure will require California to get 50 percent of its electricity from renewable energy sources by 2030, which is a big bump from its current goal of 33 percent by 2020.

The bill was meant to be even stronger in its efforts to fight climate change, but it was amended and a part that would have required a reduced amount of gasoline used on roads in the state was thrown out after strong opposition from the oil industry.

From the LA Times:

The state’s target is expected to stimulate the development of more solar and wind power plants, but it will also raise new challenges. Renewable energy can be unreliable because it's impossible to predict when the sun shines or the wind blows, and experts say California will need to invest in storage technology and other initiatives to ensure the right amount of electricity is available when it's needed.

The state will also need to become twice as energy efficient by 2030 under the new law. For existing buildings, that could include installing newer appliances or improving heating and air conditioning systems.

Under a 2004 law, Pennsylvania utilities are currently required to purchase 8 percent of power from alternative energy resources, including wind and solar.

That may change as regulators figure out how the state will muster a 32 percent drop in carbon dioxide pollution over the next 15 years, required under Obama’s Clean Power Plan. The state’s plan is due to the U.S. Environmental Protection Agency by September 2016.