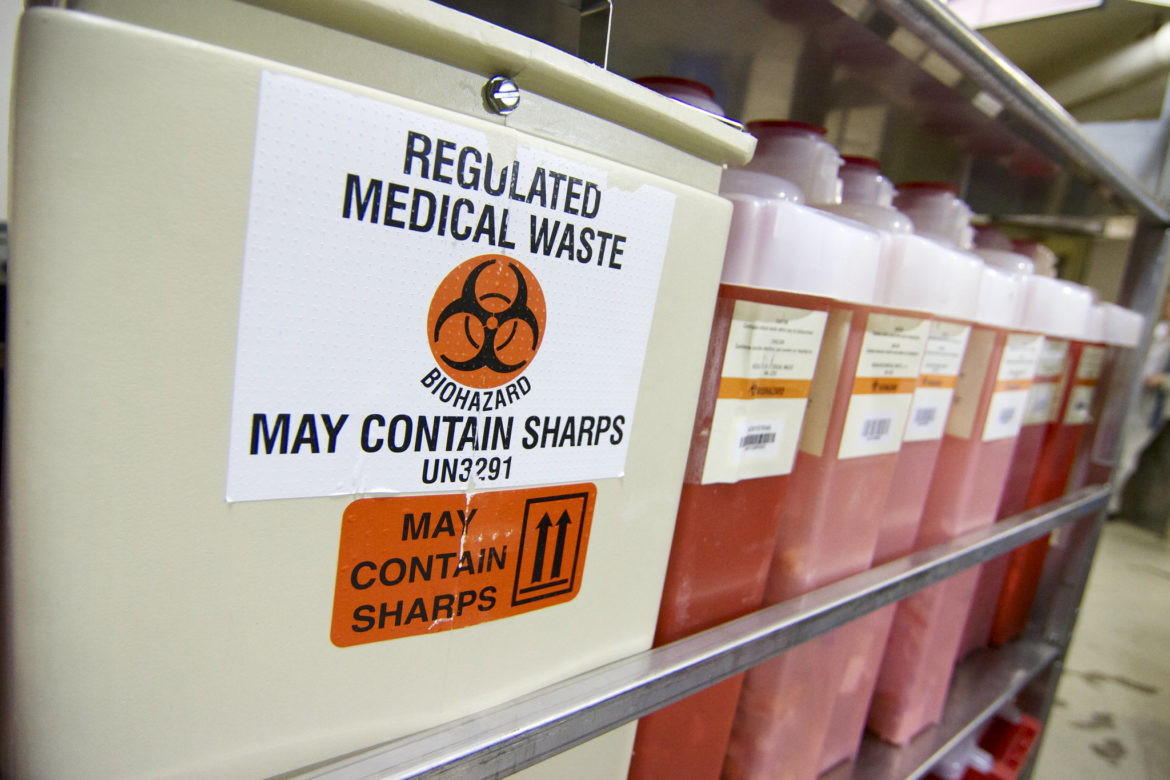 The red bags in a Monroeville landfill were red flags for one resident.

And they sparked a two-year investigation that has resulted in the Department of Environmental Protection [DEP] fining 12 UPMC hospitals $451,000 for violating the Solid Waste Management Act, according to the Pittsburgh Post-Gazette. The DEP investigation also found Allegheny Health Network in violation of the act, resulting in an $86,900 fine.

On Dec. 17, 2013, a Monroeville resident notified the DEP of medical waste in a nearby landfill.

When medical waste is properly disposed of and treated, the red bags that hospital employees place the waste in is heat sterilized, a process that shrink-wraps waste inside the bags.

The Pittsburgh Tribune-Review reported in February 2014:

“The violations consisted of blood bags, surgical sponges and possible human tissue in red biohazard bags contained in trucks from the hospital.

The DEP recorded violations for both UPMC and Allegheny General Hospital in December 2013 and January 2014.

Poister recently told the Post-Gazette that the violations were not intentional, but resulted from inadequate training of employees.

“This is such an unusual event,” he said. “The only other citation against a hospital [in this part of the state] occurred 15 years ago and it wasn’t as big” as the UPMC fine.

Poister told PublicSource in an email:

“On September 4, 1999, a large amount of unprocessed infection medical waste was observed in municipal waste transported to a local landfill. DEP inspectors determined that the material came from Allegheny General Hospital. They paid a $65,000 civil penalty.”

Nationwide, the last high-profile string of untreated medical waste to be discovered and cited occurred in California in 2007. Four hospital facilities in the San Jose area were investigated for infractions that occurred over the course of several weeks.

As is the case with UMPC and the Allegheny Health Network, the violations in California were attributed to employee error.

The Post-Gazette reports that both Pittsburgh-area hospitals said their medical waste disposal problems have been resolved.

“UPMC has been working diligently to educate all staff about proper waste disposal and to ensure that all disposals are in compliance with regulations and DEP guidelines,” UPMC said in a statement.

AHN spokesperson Dan Laurent told the Post-Gazette policies and procedures are now in place to ensure proper disposal of medical waste in the future.

“We worked closely with the DEP to review and update our policies in response to this incident … and took immediate steps to re-educate and retrain staff at our facilities on proper waste disposal,” he said in a prepared statement.

Poister said the DEP is continuing with follow-up inspections. Both health systems have paid their fines, he said.