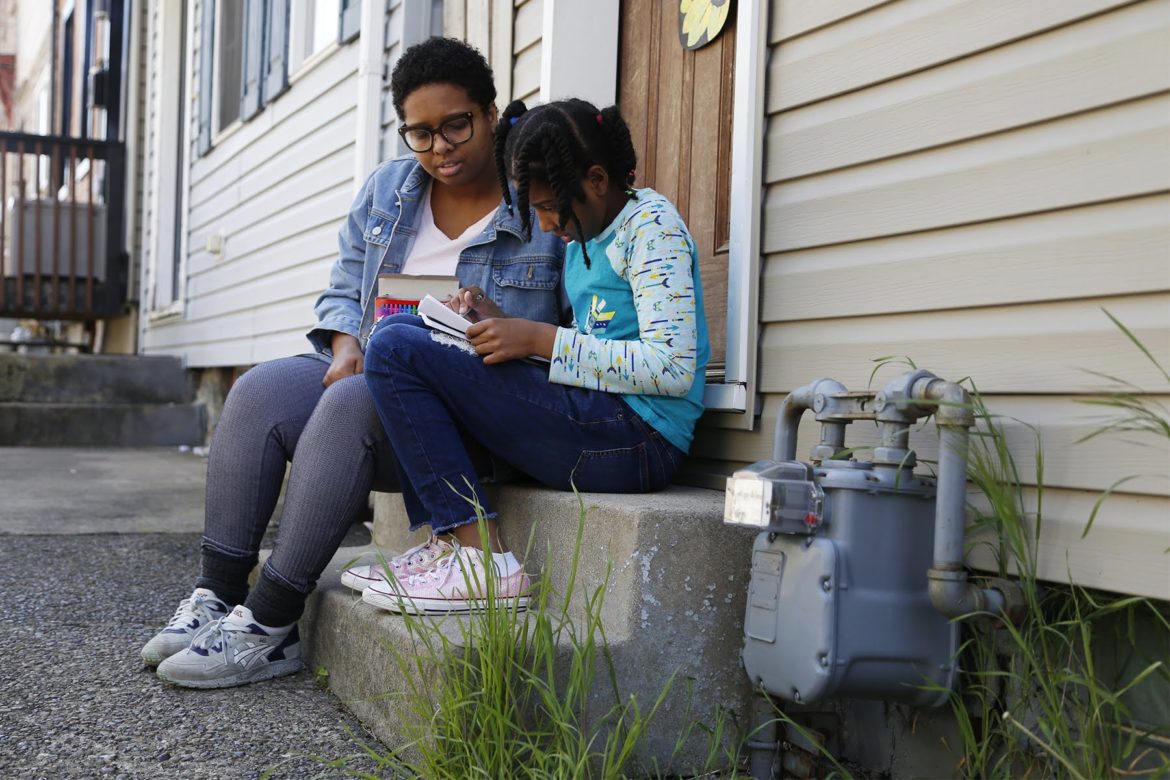 Sitting outside their home in Lawrenceville, Amber Thompson, 34, helps her daughter Audri Young, 9, with school work. (Photo by Ryan Loew/PublicSource)

If COVID-19 was a nuclear blast for Pittsburgh Public Schools, it's hard to find a metaphor to explain what COVID-19 is like for my family. It’s hard to find the words to explain this to white folks who are using apocalyptic language. For my family, we’ve been living here for years. As a Black mom raising a daughter with a disability, I’ve seen first hand how the inequities in our public school system are a matter of life or death.

When my daughter, who has a seizure disorder, was approaching kindergarten, we looked at our options. Private schools were out of the question because they don’t have to fulfill the requirements of an individualized education plan. We ruled out charter schools because we didn't believe they would offer the type of supports my daughter needs. I’m a big supporter of public schools, but Pittsburgh Public Schools was not a choice — it was our only option.

We had some difficult first years, but with support and some caring staff, my daughter now looks forward to her schoolwork. Still, she’s in fourth grade, and she can’t read. According to research from the Annie E. Casey Foundation, children who can’t read on grade level by third grade are highly likely to be poor readers in high school, less likely to graduate, and more likely to have negative life outcomes. At times, it has felt like an uphill battle to just convince the education system what she’s capable of, and the more time goes on, the wider the gap gets between her and her peers.

My story is, unfortunately, not unique. In Pittsburgh Public Schools, fewer than four out of ten Black third graders were proficient in reading, compared to seven out of ten white third graders. Consistent with national trends, Black students this school year had suspension rates four times higher than their white peers. While the school-to-prison pipeline is a national problem, Pittsburgh is particularly bad: Black girls like my daughter are referred to police more often than 99% of similar cities, according to last year’s report on Pittsburgh’s Inequality Across Gender and Race.

For families like mine, disparities in education were present before COVID-19, and the district’s response to the pandemic feels less like a huge departure from how things used to be. It’s one more challenge for the district to overcome.

From the first day students were told not to return to school, there was a lack of transparency and communication. After receiving notice on March 13 that the school would be remote until the end of the year, it took two weeks before a teacher reached out to us about remote learning. It took three weeks until the district had a webinar on April 9 regarding the next steps for distant learning for students like my daughter with exceptionalities, and four weeks to discuss a plan with my daughter’s classroom teacher and support services. Eight weeks passed before we have received any type of document from the Program for Students with Exceptionalities regarding her lessons. We still haven't received her reading or math curriculum. Webinar participants were promised the recording and FAQs shared from the conversation since the Q&A chat was not visible during the call. We still haven’t received the recording or the FAQs. Why would you restrict transparency during this time of uncertainty? 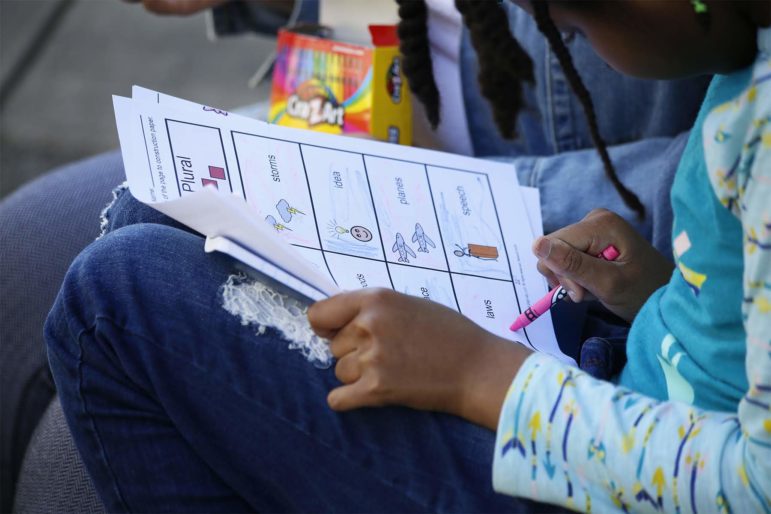 Adapting to the unique needs of students that are not solely included in the general education classrooms appeared to be the last concern. My child is not receiving any instruction from her classroom teacher. The district is also not providing the curriculum used to support her Individualized Education Plan goals. In the midst of all of this, I was asked if I wanted to amend my child’s Individualized Education Plan, one of the few tools that parents of children with disabilities have to hold the school district accountable. How would you react if you found out your child would not be accessing their instruction and curriculum?

I feel for the teachers and principals who have to adapt in this new world we all find ourselves in — I really do. Most of the professionals and teachers I’ve talked to have been just as incredulous as I am about the district’s inability to respond. They are eager to do their best to support their students, while often trying to raise their own children.

As James Baldwin wrote in “Notes of a Native Son”: “When I was told, it takes time, when I was young, I was being told it will take time before a Black person can be treated as a human being here, but it will happen. We will help to make it happen. We promise you.

“Sixty years of one man’s life is a long time to deliver on a promise, especially considering all the lives preceding and surrounding my own.”

Baldwin wrote those words almost 50 years ago. A glance at the report on inequality across gender and race shows that in Pittsburgh today, we’re still waiting for that promise to be delivered — Black families, with all intersections, especially.

So no, I will not forget about this academic year, and I refuse to be patient. The school district was in crisis before  COVID-19. It will be in crisis after the pandemic, if we go back to the same habits of complaining on the sideline. So many different families have been in crisis for years due to the district continually failing students of color, ESL students and students with exceptionalities. If you’d listen to the marginalized voices that have had to adapt, you could learn something from us.

Now is not the time to let our public systems off the hook. Now is the time to demand more. “Never waste a crisis,” as the saying goes. Perhaps, finally, this pandemic will teach all of us that our lives literally depend on one another and teach us to act with the urgency and accountability that this responsibility to each other demands.

To the white “allies” who see these disparities and understand that most students were in crisis before this pandemic: If you’re not using your resources to hold the administration and school board accountable, you are also part of the problem. Your virtue signaling won’t help my daughter or any other student left behind before or after COVID-19. I want you to be impatient and angry, too. Your anger has the power to barge into the halls of government and to show utter disregard for orders of the state without consequence. Imagine if white folks devoted that privilege to ensuring my daughter received an equal education — instead of a haircut.

To create a better future for our children in education, we need a much more innovative approach while reconciling past issues. Using a lack of money as an excuse for maintaining a faulty system is depressing and leaves little hope in these leaders. The board should be reading and educating themselves on the concerns about systemic problems brought to them. The administration should be reaching beyond their limits and listening to their communities and acknowledging successes from other types of learning frameworks. Accepting fault without a plan to redirect past behaviors that systematically maintain these inequities is not what I want from Pittsburgh Public Schools leaders. And, we will need to do much more than be patient.

Amber Thompson is the principal consultant of Leaders of Change. If you’d like to send a message to Amber, please email firstperson@publicsource.org.