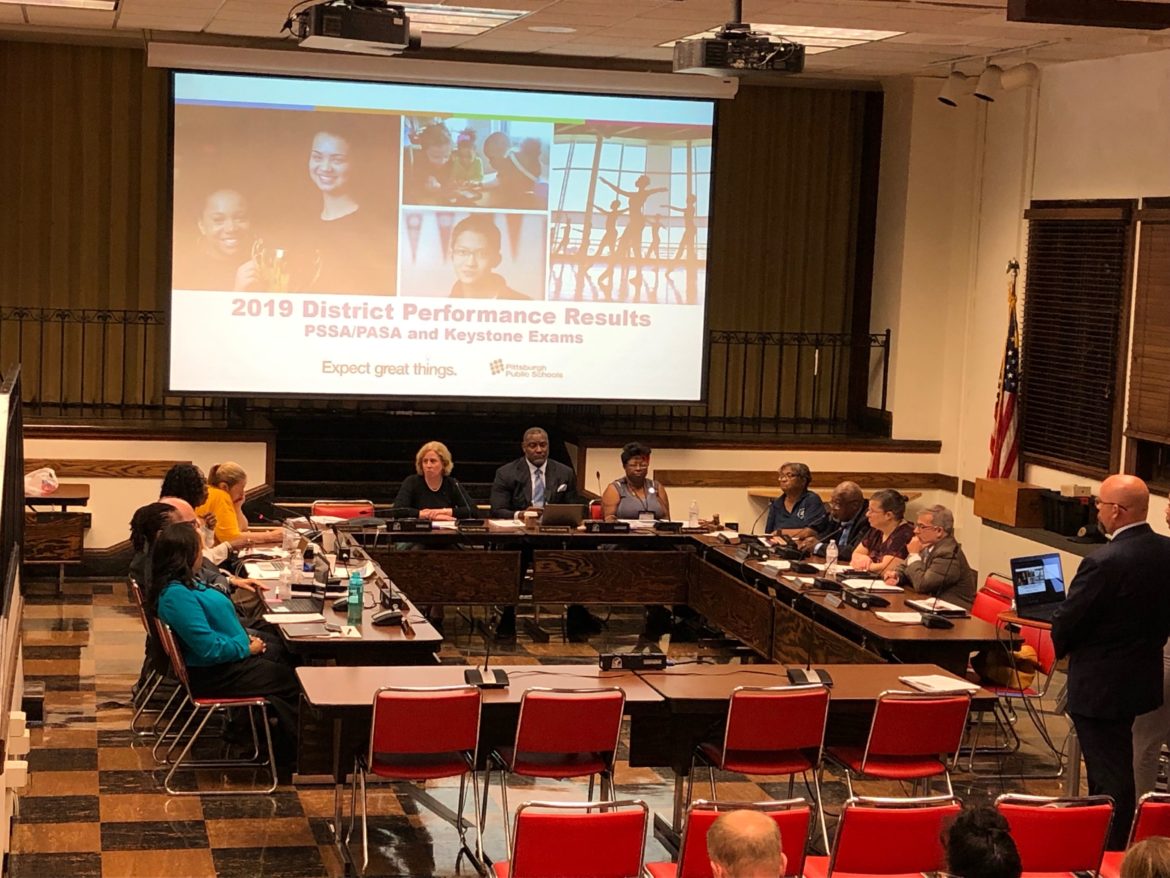 Performance by secondary students on the state Keystone Exams in literature, biology and algebra I is down.

And students across the district continue to struggle with math.

In every subject and every grade level tested, black students scored far lower than white students, with percentage-point gaps ranging from 27.1 in eighth-grade math to 40.9 in algebra. Though the gap was smallest among eighth-grade students in math, just 8.2% scored proficient.

“We cannot continue to allow failing performance to be normalized,” school board member Sala Udin said after results were presented at the Tuesday board meeting.

Board president Lynda Wrenn called the results “rather deflating.”

Wrenn, along with Udin and fellow board member Regina Holley voiced particular concern about the drop in third-grade reading scores.

“The model is broken,” Wrenn said of the district’s reading program, which includes just eight reading specialists for the entire district.

Superintendent Anthony Hamlet sat silently during the Tuesday board meeting and did not make himself available to reporters afterward. The test results were presented to the board by Theodore Dwyer, chief of data, research, evaluation and assessment, and Minika Jenkins, chief academic officer.

During the meeting, Hamlet’s office issued a press release citing “district-wide gains” on the majority of the Pennsylvania System of School Assessment [PSSA] exams and acknowledging drops in the Keystone scores.

In his prepared release Hamlet said: “We are pleased with the steady progress we are seeing in student performance on the PSSA, and encouraged to see that the hard work of our teachers, administrators, staff and students is bearing fruit.”

Of the Keystone scores, Hamlet said: “... we intend to drill down into the reason behind the decline and address contributing factors.”

Secondary students take the Keystone exams in literature, algebra and biology upon completion of the courses. The scores are reported when students reach 11th grade.

The district is in the midst of a five-year strategic plan that calls for improving academic achievement and narrowing the achievement gap between black and white students. Hamlet started his third year as superintendent in July.

Udin was particularly critical of the district’s failure to narrow the achievement gap. But board member Sylvia Wilson pointed out that districts across the nation are battling racial achievement gaps.

Several board members lamented the fact that third-grade reading scores, which had been a bright spot in the 2018 exam results, had dropped from 56.1% of third-grade students reading proficiently to 50.9%.

Third-grade reading is significant because the grade level marks the point at which students transition from learning to read to reading to learn. After third-grade, reading skills are needed to solve math problems and comprehend lessons in other classes.

Udin said of the elementary schools in the Hill District, which he represents, 70% to 80% of students have not been reading at grade level in 2017, 2018 or 2019. (He did not cite specific data points and the test results were not publicly broken down by school on Tuesday.) Udin criticized the district’s reading program ReadyGen, which he said was opposed by teachers.

He said researchers have predicted that students who can’t read by the end of third grade will never be proficient readers and are more likely to drop out of school.

In a September 2018 PublicSource story, Hamlet highlighted third-grade reading scores that had seen healthy jumps among both black and white students. In tests administered in spring 2018, black students saw scores rise by 11.2 percentage points to 45.4. 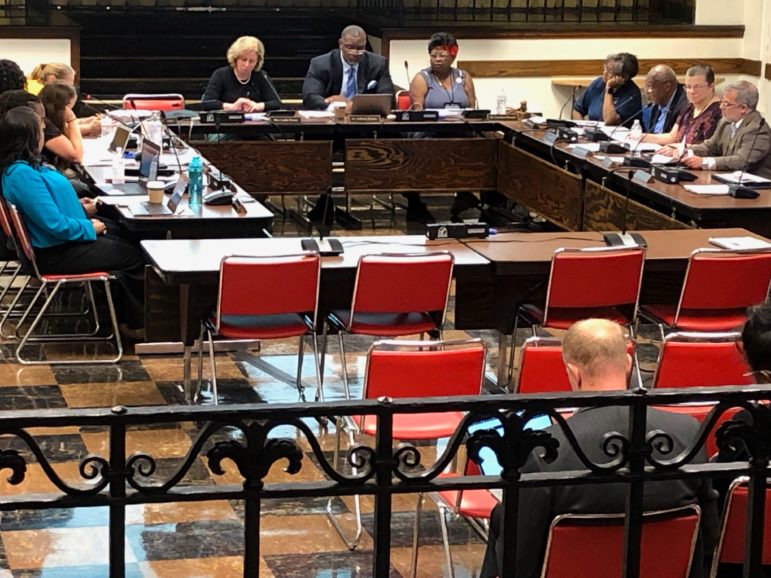 Hamlet’s prediction that the 2018 third-grade class cohort would show higher scores than older cohorts as they move through the grades proved correct. The 2019 proficiency rate for students in grade 4 increased from 45.6% to 53.3%.

James Fogarty, executive director of the advocacy group A+ Schools, said he was disappointed with the test results. Instead of focusing on blame, he said the district needs to look “at the systemic pieces of how we are going to fix this.”

“We’ve got to start working on how do we get from where we are now to where we want to be, which is every kid reading at grade level by third grade,” Fogarty said.

Math was already a trouble spot last year, when 28.8% of students overall scored proficient on the PSSA exams. Under the instruction of a new math curriculum, proficiency rates dropped slightly to 28.7%.

The lowest PSSA math scores were among sixth- and eighth-grade black students with proficiency rates of 8.9% and 8.2% respectively.

Board member Cynthia Falls said other states including New Hampshire, Maryland and Vermont are struggling with math scores as well. “So we don’t stand alone .. This isn’t just unique to Pittsburgh,” Falls said.

Dwyer, the district chief of data, research, evaluation and assessment, said the district doesn’t have statewide data to see how Pittsburgh compares to statewide trends.

Science scores in Pittsburgh increased overall in grades 4 and 8. In fourth grade, scores rose from 59.3 to 62.8. While eighth-grade scores increased, they were significantly lower than fourth-grade scores, rising from 32% to 36.5%.