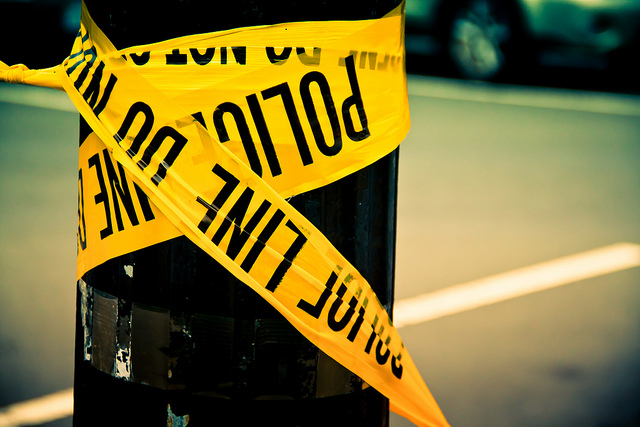 Young black males are 21 times more likely to be killed by police than young white males in the United States, according to an analysis of recent federal data by ProPublica.

For the risk to be the same, ProPublica said, 185 more white males would have to have been killed over that period.

ProPublica's risk analysis on young males killed by police certainly seems to support what has been an article of faith in the African American community for decades: Blacks are being killed at disturbing rates when set against the rest of the American population.

Police shootings – and the racial disparities between those killed and those who are shooting – have been a contentious topic since the killing of unarmed black teen Michael Brown in Ferguson, Mo., by white officer Darren Wilson on Aug. 9.

It’s a nationwide issue, and just last week, Pittsburgh’s Acting Police Chief Cameron McLay vowed to regain the trust of the city’s minority communities who claim they’ve been disrespected and targeted by officers.

In the audience was Leon Ford Jr., a Pittsburgh man paralyzed in a controversial police shooting in November 2012. His father asked McLay and Pittsburgh Mayor Bill Peduto why the officers who put his son in a wheelchair are still on the force.

While police shootings often have racial undertones, the ProPublica analysis found that it’s not just white officers shooting black men (though that’s most often the case).

Looking at federal shooting data from 1980 to 2012, ProPublica found that 44 percent of all those killed by police were white.

ProPublica based its risk-analysis on 33 years of data in the FBI’s Supplementary Homicide Report. Its look at shootings from 2010 to 2012 reflect the most recent three years of available data.

The data, however, is imperfect.

Because departments self-report the shootings, the annual reports fail to capture a true picture of all those killed by police nationwide.

Many departments don’t file fatal shooting reports. New York City last filed in 2007. Departments in Florida haven’t filed since 1997, the story said, though at least 1,000 departments nationwide have filed one or several reports since 1980.

Conceding these data problems, ProPublica said the available numbers still show the huge risk black males have of being killed by police, compared with whites.

David Klinger, a University of Missouri-St. Louis professor and expert on police use of deadly force, said racial disparities in the data could result from "measurement error," meaning that the unreported killings could alter ProPublica's findings.

However, he said the disparity between black and white teenage boys is so wide, "I doubt the measurement error would account for that."

In 1985, the Supreme Court ruled that deadly force was only justified if an individual was a threat. In the five years of data before that ruling, “officer under attack” was named as the cause of about a third of the shootings, according to the data.