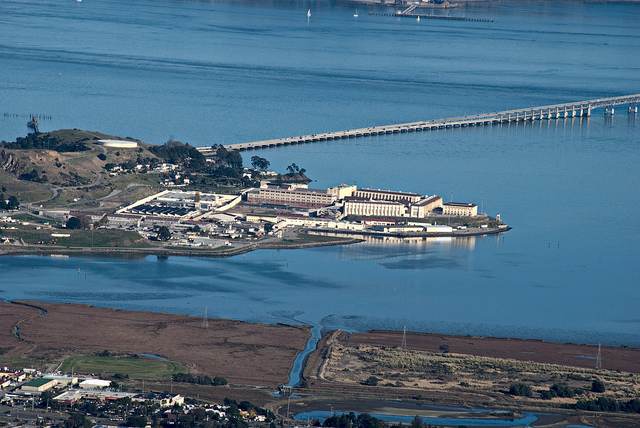 Millions of dollars have been spent in California to make proposed sentencing reform a model for the rest of the country, the Los Angeles Times reports.

Under Proposition 47 – up for a vote in tomorrow’s election – crimes like drug possession and lower-level theft would no longer be felonies. The change is a big one because it would make California the first state to downgrade all drug use to a misdemeanor, the story said.

Supporters have raised $9 million to be spent on TV ads and other campaign efforts. But major funders – including a foundation run by billionaire George Soros – have spent millions more over several years to promote prison reform both in California and across the country.

Since 2011, the foundations have awarded at least $14 million in grants to almost three dozen California-based groups that are earmarked for "criminal justice reform" or to influence public opinion. Soros' Open Society Foundations in 2012 also gave a $50-million grant to the National Drug Policy Alliance to "advance drug policy reform" in states across the nation.

In terms of transparency, these grants can be troubling, Robert Maguire of the Center for Responsive Politics, told the LA Times. Unlike campaign contributions, the grant funding might not be disclosed for two years on nonprofit tax forms.

For California, reform efforts come after years of tough-on-crime sentencing, which has overcrowded the state’s prisons and strained its pocketbook. Twenty years ago, California voters passed the nation’s first “three-strikes” law, making life sentences a possibility for third-time felons.

But in 2011, the U.S. Supreme Court found that California’s prisons were dangerously overcrowded. Efforts to build more facilities stalled due to budget issues, the LA Times said. Instead, prisoners went to county jails.

Overcrowding is a national issue and many states are struggling to find room for inmates to serve their sentences. In Pennsylvania, the state system is at 108.7 percent of capacity, according to Sept. 30 figures from the Department of Corrections.

Pennsylvania’s three-strikes law is less harsh than California’s, but the commonwealth has the second highest population of inmates serving life without the possibility of parole.

In California, the Supreme Court ruling was seen as an opening to stoke reform.

By early 2012, a four-year, $16-million campaign to change California criminal policy was launched.

The California Endowment, the Rosenberg Foundation and Soros' Open Society Foundations were joined by the Ford Foundation and Atlantic Philanthropies, which is backed by Chuck Feeney, a founder of Duty Free Shoppers Ltd.

With more than $3.7 billion in assets and a record of financing drug legalization efforts around the world, Soros' foundations were the biggest player.

California estimates that a reduction in prison population could lead to a savings in the “low hundreds of millions of dollars” each year, according to the Washington Post.

The Friday Field Poll predicts that Prop. 47 will pass even if 26 percent of undecided voters join the 23 percent of voters who said they’d vote it down. Opponents have raised just $526,000, the LA Times reported.