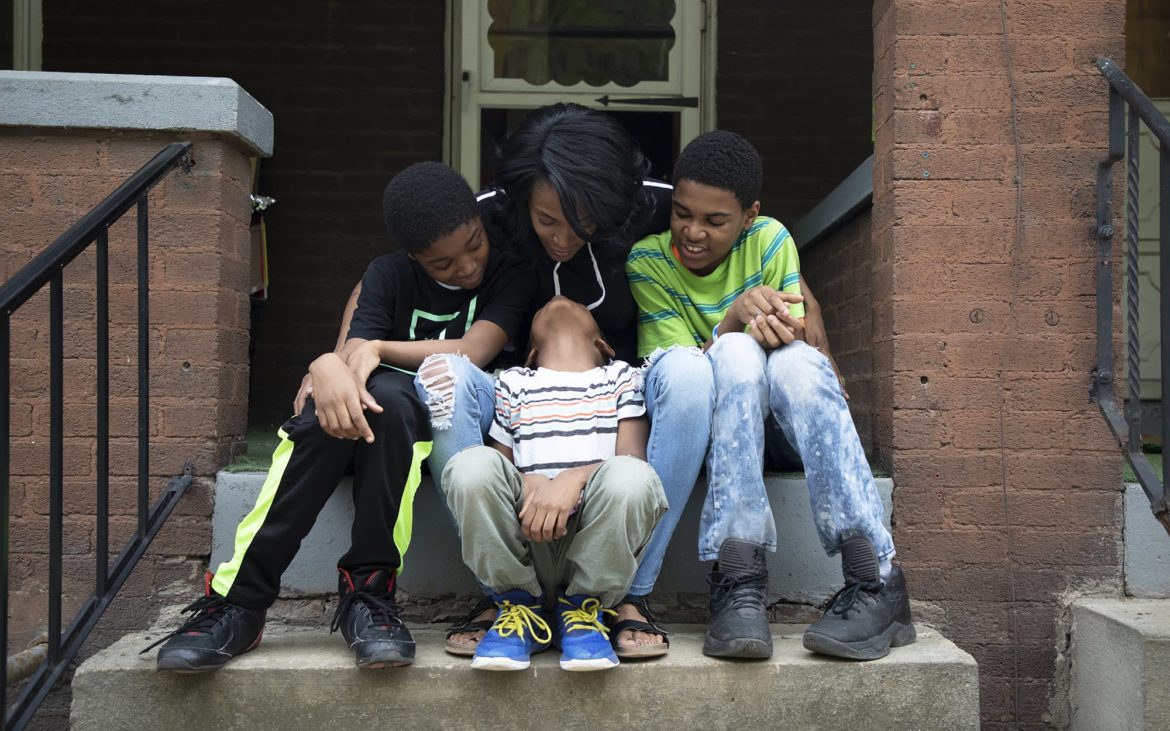 Andrea Barber started My Three Sons Vending in October 2015. The healthy vending machine business has been a journey for the whole family. (Photo by Kat Procyk/PublicSource)

I’m juggling a lot: My own business. My three boys and what seems like all-day potty talk. Economic adversity. And recovery from cervical cancer.

Though as I’m writing this it’s sunny and the birds are chirping, my day in and day out is no walk in the park.

I consider myself a momtrepreneur. I’m a woman who is raising children while building a healthy vending machine company from scratch.

I started the business in October 2015 because I wanted to build a strong foundation for my babies. But when I jumped into my entrepreneurial journey, my life was a complete train wreck. I was living at my mom’s house, had no car and was trying to recover from bad financial decisions.

While my older two boys were in school, I would take the baby to the library and do lots of research on the type of business to start. I also created some achievable and realistic personal and business goals for myself, like raising my credit score, finding a better school district for the boys and being smarter with my finances.

I decided to incorporate my sons into the vending machine business the same year that I started it and even named the business after them: “My Three Sons Vending.” All of the boys, along with my nephew, were assigned jobs like carrying the boxes and cleaning the machines. We made a pact to ride this entrepreneurial journey together and stick together as a team no matter what. So I took my first scary step and pressed the master reset button on my life and transformed into a boss.

I continued to do my research as I learned the vending industry and what niches needed to be filled, especially by a young African-American woman. I didn’t want to do what everyone was doing or sell what everyone was selling. I wanted a business that would set a steady financial foundation for the future without digging myself into more debt.

When my youngest son turned 3, he was eligible to start all day pre-K. My oldest sons would catch the school bus in the morning, and I would take the baby to his school. Then I would zip around the city to scout out other vending machines. I would take notes on what people were buying. I would scope out different places that could possibly benefit from a vending machines.

I also made a potential contact list and documented conversations with anyone I was able to reach. Unfortunately, my sales skills were not good at the time. I put that on my list of stuff to work on.

I also worked on a 24-page business plan. I attended various entrepreneurial and business programs through Chatham University, the University of Pittsburgh and Duquesne University. Business seminars are not really my thing. I used the business programs as an opportunity to network and spread the word about my company. I completed my business plan, and it was so good that I was able to obtain funding to expand our company.

But after being on top of the world, I found out that I was in the early stages of cervical cancer and I had a polyp on my uterus. I became anemic and I couldn’t fill our machines or even make dinner. 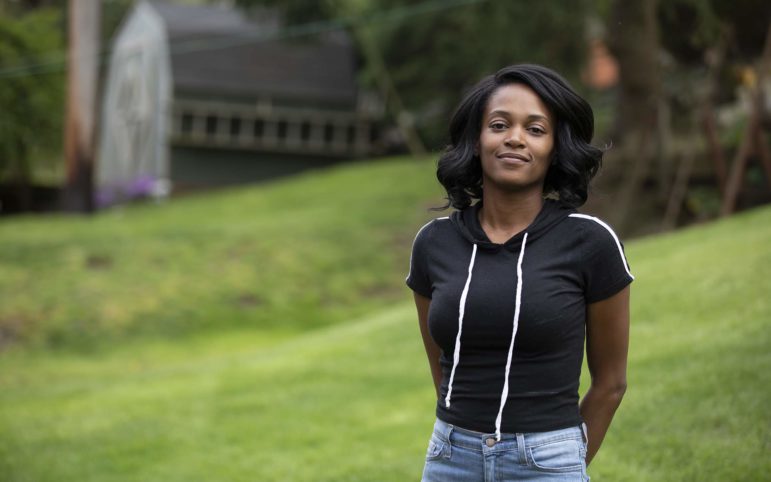 Andrea Barber says she never considered being a single mother to be a setback. She learned to start a business on her own, with the help of her three sons. (Photo by Kat Procyk/PublicSource)

I remember one day my boys tried to help out. They woke up before me and went to the kitchen to make me breakfast. They put raw bacon and some cheese on a slice of bread and popped it into the microwave for 30 seconds. They also made me cold tea and told me that they loved me and thanked me for working so hard for them.

I cried my eyes out. For once, they were not arguing or fighting. They were coming together like a team. I was beyond proud of them and that moment right there made me realize how important it is to take care of them and myself.

I ended up getting major surgery in September 2018. I was confined to my bed for six to eight weeks.

Since my recovery, I have been doing a much better job at taking care of myself. I have my moments and days like any single parent. There are some days that I want to get kidnapped by aliens that only like overworked mom brains.

There are many barriers and adversity to overcome as I build our family legacy and business. Things like funding for further expansion of my company, trying to balance being a businesswoman and a mother, and prioritizing health and wellbeing.

I have never considered being a single mother a setback by any means. It has never stopped me from achieving my goals and being successful despite some setbacks. In fact, being a mother just pushes me to work even harder.

If I was asked to give my best advice to any mothers or women out there willing to make the sacrifices it takes to start a business, I would say:

Research everything. Work hard to create your own lane in the industry, and always keep your head up and your eyes on the ultimate goal — which, for me, was to see my family flourish.

Andrea Barber is a mother to three boys as well as the founder and owner of INNERgy Vending LLC, formerly My Three Sons Vending. She will be one of several women sharing their personal stories at the Brown Mama Monologues on Saturday, May 4, at the Elsie H. Hillman Auditorium.