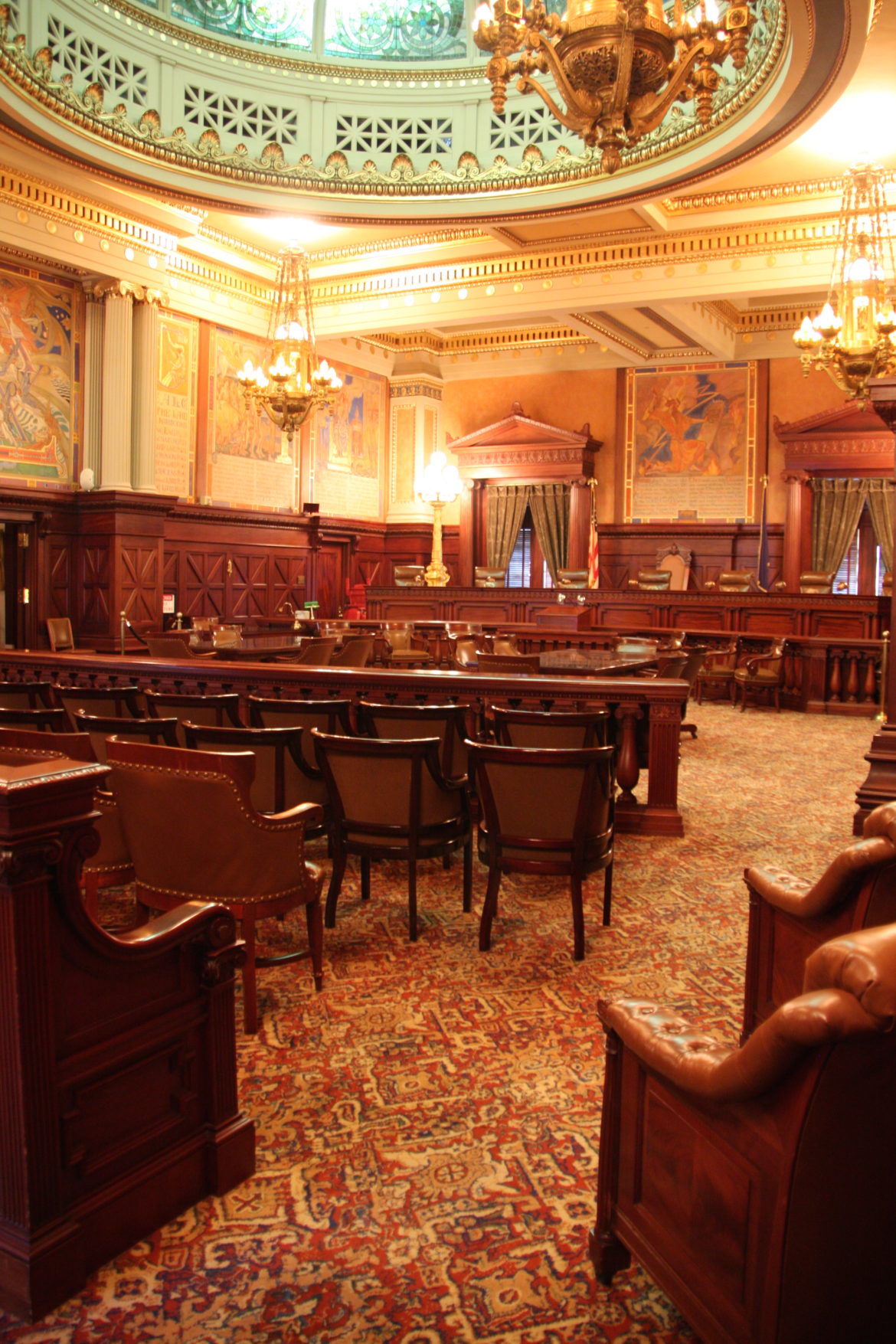 The congenial Pennsylvania Supreme Court race turned negative over the weekend as the first television ads from an independent group aired.

The Republican State Leadership Committee purchased at least $82,000 worth of television ads on at least seven Pennsylvania television stations today. It also posted this unlisted video on its YouTube page, which is an attack ad criticizing Philadelphia County Court of Common Pleas Judge Kevin Dougherty because, the ad alleges, he “allowed a young girl to be placed in the custody of a convicted murderer.” The committee did not confirm its plans for the ad buys and said it will announce them on Wednesday morning.

The committee is a national independent expenditure group with an IRS designation and rules that say this kind of group can buy “issue ads,” but can’t advocate for the election or defeat of a specific candidate or coordinate their work with candidates.

“I think Judge Olson is very disappointed that people are running these ads,” Jim Olson, her husband and campaign spokesperson said.

The Pennsylvanians for Judicial Reform ads were also criticized by groups that advocate for fair and impartial courts.

“Negative ads like these serve no purpose other than to discourage voters from seriously evaluating judicial candidates by using scare tactics such as selective editing and ominous voiceovers,” Lynn Marks, executive director of Pennsylvanians for Modern Courts, said in a statement. “All Supreme Court candidates should publically and immediately denounce the ads and their content and ask Pennsylvanians for Judicial Reform to remove the ads.”

The Pittsburgh Post-Gazette also said the negative ads had no place in the Supreme Court race in an editorial today.

The issue of outside money came up in last week’s forum attended by all seven candidates.

Covey and Donohue both addressed the reality that the actions of independent committees are outside of candidates’ control because the two are prohibited from coordinating.

There is also a candidate forum this evening in Pittsburgh’s Homewood neighborhood that is scheduled to feature the three Democratic candidates — Donohue, Dougherty and Superior Court Judge David Wecht — and Philadelphia County Court of Common Pleas Judge Paul Panepinto, the lone independent candidate.

What is Pennsylvanians for Judicial Reform?

Pennsylvanians for Judicial Reform is a state-level independent expenditure committee headed by former Democratic Lt. Gov. Mark Singel. He served under Gov. Bob Casey, Sr., and is a former chairman of the Pennsylvania Democratic Party.

After leaving office, Singel formed the Winter Group, which is a lobbying group in Harrisburg. Multiple calls to Singel were not returned.

Pennsylvanians for Judicial Reform registered with the state on Aug. 25 and started with $360,000. Its largest contribution was $150,000 from the Philadelphia Trial Lawyers Association’s PAC-Committee for a Better Tomorrow. Association president Joseph Messa did not return a phone call for comment.

Justice At Stake, a Washington, D.C., group that advocates for impartial courts, studied contributions to judicial candidates from 2000 through 2009 and found the Philadelphia Trial Lawyers Association gave $2.4 million to candidates, making it the second-highest contributor to judicial races in the state over that decade.

Pennsylvanians for Judicial Reform also received $50,000 each from the Pennsylvania State Education Association (PSEA), a teachers union, and the Service Employees International Union (SEIU), a labor union. Neither group responded to questions for this story.

The committee also received $50,000 from a group listed on the campaign contribution report as “PA Alliance,” located on the 15th floor of a Philadelphia building at 30 S. 15th St.

PublicSource was unable to learn more about the group’s identity after calls to the real estate broker for the building, a co-working space and other businesses on the same floor.

There is a nonprofit organization called “The Pennsylvania Alliance” that came up under the state’s business entity search. That group was founded in 1978 and is located in Philadelphia — though not at the same address as the group that gave money — and the Pennsylvania Department of State confirmed the group hasn’t provided the state with any updated information since its inception.

Judicial watchdog groups expect the ads purchased by Pennsylvanians for Judicial Reform to be the tip of the iceberg when it comes to independent groups buying television ads.

“What's unusual right now in the Pennsylvania Supreme Court race is that we haven't seen more of it,” said Laurie Kinney, communications director for Justice At Stake.

“We have been anticipating that outside money would enter the race as we got closer to Nov. 3. Given this most recent expenditure by Pennsylvanians for Judicial Reform, we expect other groups will follow, possibly spending heavily in the days before Election Day,” said Matt Menendez, counsel at the Brennan Center for Justice, in a statement.

The three Democratic candidates have controlled the airwaves since early October. They have spent at least $800,000 on television ads so far this month.

The three Republican candidates and the one independent candidate have not aired any ads.

The Democratic candidates collectively had $2.1 million cash on hand as of Sept. 14 compared to about $350,000 total for the three Republican candidates and $150,000 for Panepinto, the independent candidate.

The next round of campaign contribution filings, encompassing contributions between Sept. 15 and Oct. 19, are due on Friday. Then we will know more about how much money the candidates will have available to spend in the final weeks of the election.

While many business, labor and environmental groups have already endorsed candidates for Supreme Court, newspapers are just beginning to put out endorsements. The Pittsburgh Tribune-Review endorsed George, Olson and Wecht over the weekend.