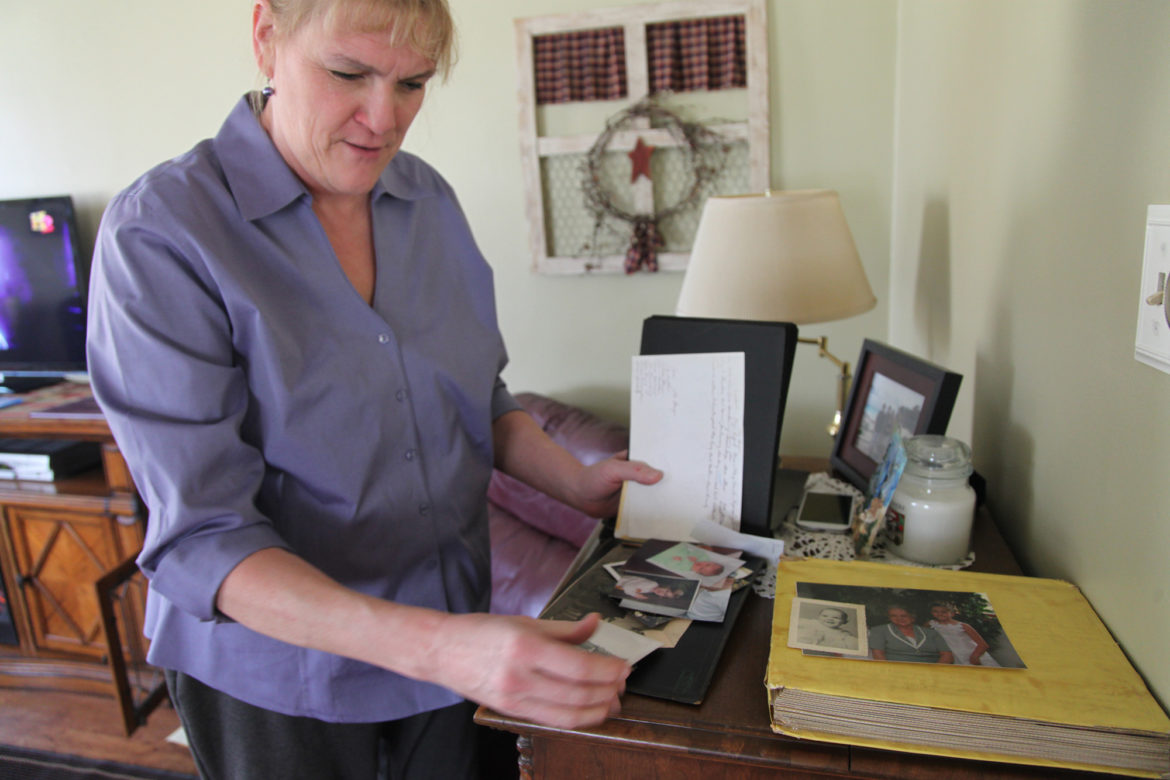 In December, Norma discovered that her mother had been moved nearly 100 miles away to a Fayette County nursing home.

All of these decisions were made by a court-appointed guardian.

“It’s terrible. I mean, you can’t see the person who loved you and raised you and she needs us now more than ever,” Norma said.

Pennsylvania is fourth in the country in terms of its elderly population, and as the state’s more than 3.3 million Baby Boomers join the ranks of the elderly, state courts and welfare systems will be put to the test. Guardianships are especially open to abuse because there is little regulation or oversight.

Examining guardianship is a priority in the state, with both the Pennsylvania Department of Aging and the Supreme Court of Pennsylvania conducting studies. While guardianships are needed for those who can no longer care for themselves, they also require individuals to surrender all their rights -- in some cases to a total stranger.

Norma said she was elbowed out of being her mother’s caregiver because of a feud with her brother. She is not alone.

Does your loved one have a court-appointed guardian? Share your experience.

Are you or have you served as a guardian? Tell us what you've seen.

Guardians are often appointed for the elderly or disabled because of family squabbles. And for many, the conflicts are never resolved.

In Norma’s case, an Orphans’ Court judge in Indiana County appointed Distinctive Human Services, a nonprofit agency in Johnstown, as guardian for Mary.

From there, an agency caseworker had the power to decide where she lived, what she ate, what medical treatment she received, and who she saw.

Ellen Hamilton, executive director of Distinctive Human Services, said all the measures taken were in Mary’s best interest and that Norma is now allowed supervised visits.

“You’ve got an elderly, frail woman who’s being torn between children, who has had her life turned upside down and thrown all about the neighborhood,” Hamilton said. “She doesn’t know how to make this controversy end.”

An industry with little scrutiny

The National Center for State Courts estimated there were 1.5 million active guardianships in the U.S. in 2011. In Pennsylvania, the courts decided more than 30,000 guardianship cases between 2000 and 2011.

Some cases reviewed by PublicSource show the difficulties that guardianships often bring. According to court documents and personal accounts:

Elaine Renoire, president of the National Association to Stop Guardian Abuse, said the group hears stories daily about people who can afford home care being forced into facilities and their assets liquidated; wives being denied a say in the medical treatment of husbands; and family photos and heirlooms trashed or sold.

Guardianships can be a lifeline for people who aren't being cared for properly, as in the case of 96-year-old Mary Jane James who has Alzheimer’s and cannot speak. Mary Jane’s daughter, Carolyn James, was caught abusing her mother on an open feed from a webcam, according to May reports in the Scranton Times-Tribune. Carolyn was charged with assault, neglect and terroristic threats, the paper reported.

Lack of oversight is repeatedly cited as guardianship’s biggest problem.

Renoire said the lax oversight has allowed the unscrupulous to manipulate a good law -- meant to protect the elderly and others from abuse and neglect -- into a profitable industry. Too often, guardianship “promises to protect them into indigence,” she said.

In April, Pennsylvania’s Supreme Court formed the Elder Law Task Force to study “growing problems” with guardianship by considering the qualifications of guardians and how they are monitored. The group is scheduled to report in mid-2014.

In 2011, the Pennsylvania Department of Aging chose the Center for Advocacy for the Rights and Interests of the Elderly (CARIE), a Philadelphia advocacy group, to study guardianship. CARIE was paid $176,000 for the study.

The department couldn’t say when it would release the study, but Diane Menio, the CARIE director and a task-force member, said they recommended developing an office to train and monitor guardians.

Most states, including Pennsylvania, don’t keep tabs on how many residents have guardians. However, individual county courts typically have an idea. For example, about 3,000 people in Allegheny County have guardians, and there were about 4,000 wards in Bucks County as of 2012.>

Janice Kunak of Westmoreland County has been a guardian for more than 30 years. She is currently a guardian for 20 people, ages 51 to 88. Many suffer from dementia. All are in care facilities.

The guardian’s duties include visiting, dealing with doctors, shopping for clothes, choosing where the person will live and making sure it’s safe and clean, she said.

“They need a voice,” she said. “A lot of it is ethical. What would you want someone to do on behalf of you?”

Kunak charges $65 an hour, which is a court-approved fee, but for wards on medical assistance, she receives $100 a month. “It’s a flat fee, whether you do a thousand things for them or you do nothing,” she said.

Mary Little was an antique collector, a youth group leader and a church board member. She never left the house without her hair and clothes just so.

When she showed up at a doctor’s appointment on the wrong day, confused and upset, her doctor asked her to repeat a few words and the name of the President.

Aging Services in Indiana, Pa. -- an agency designated by the Department of Aging to provide protective services to older adults -- got word from the doctor and petitioned the Orphans’ Court for emergency intervention.

The judge is asked to determine whether a person is able to make sound decisions about finances, health and safety. Guardians can also be appointed for minors and disabled adults.

A guardian can be a friend, family member or a professional. Full background checks are not required.

The court decides what fees guardians can collect.

Distinctive Human Services, according to court documents, receives $100 a month from the Department of Public Welfare and charges Mary’s estate $80 an hour for services and mileage reimbursement.

Steve Little, Mary’s son, was appointed guardian of her finances. He declined to comment for this story.

Both guardians of the person and estate are required to file annual reports.

The court can review a guardianship at any time and may choose to revise, remove or sanction the guardian.

Norma Carpenter, 55, would have to ask for the court to review her complaint that her mother was moved so far away that it is too costly for her to visit.

She believes her mother is being isolated and her assets depleted under an unnecessary guardianship, she said. But her main concern -- getting her mother moved to a closer facility -- is being considered by Distinctive Human Services.

“I should be taking care of her after she took care of me for so many years and was such a good grandmother,” she said. “We want to do what families are supposed to do.”