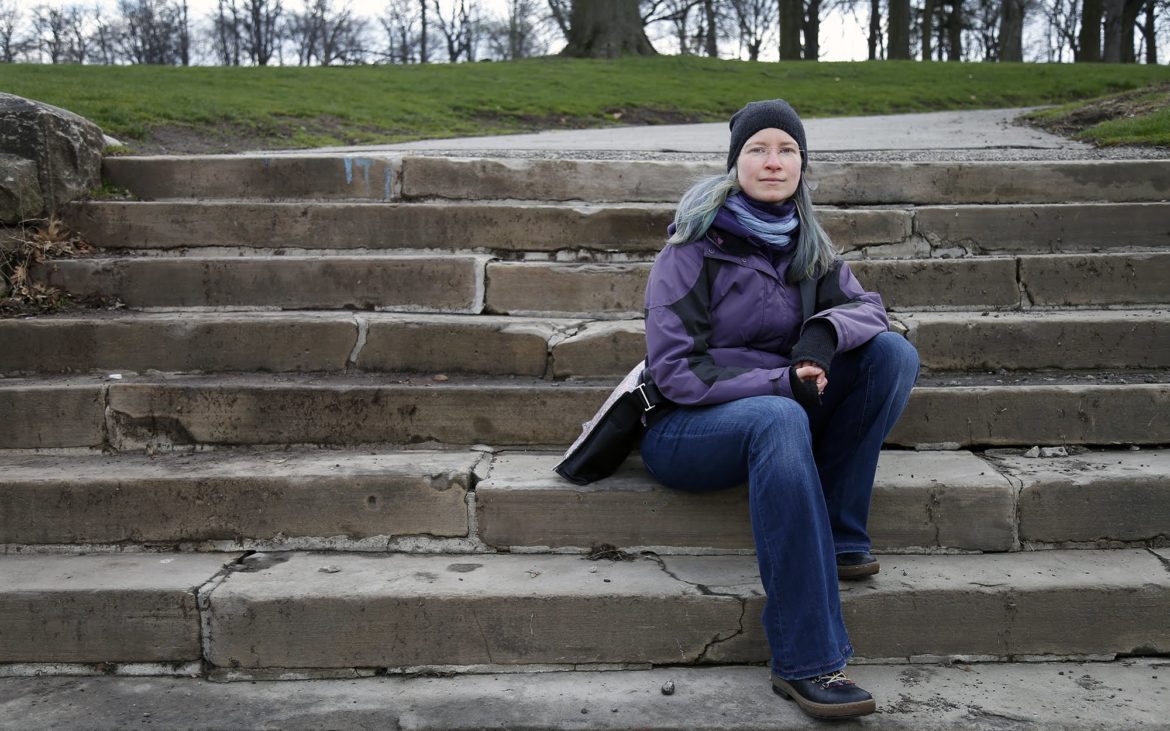 Verena Willkomm is a J2 visa holder, or in visa terminology, a “dependent.” Immigrating to the United States with her husband, she writes, has meant dealing with a host of limitations. (Photo by Ryan Loew/PublicSource)

Editor’s Note: As journalists, we spend a lot of time talking with officials and community members and distilling it into stories that explore important issues of our time. But we realize that sometimes it is just more powerful to hear it straight from the source. This is one of those times. This essay is a special feature focusing on the experience of immigrants and refugees in the Pittsburgh area.

When talking about immigration, the narrative is dominated by stories of people who had to flee their home countries and are grateful to have the chance to start over in the United States.

I volunteer as an English teacher at the Greater Pittsburgh Literacy Council (now Literacy Pittsburgh), and I have spoken with immigrants who fall in that category. It amazes me how well they seem to bear the hardships that accompany immigration. Immigrants are frequently barred from jobs that they’re qualified to do in their home countries because each country conveniently has its own method of certification and will often not accept foreign credentials. Others have to wait for years to get visas for family members.

Still, everyone I have spoken to claims that being in the United States — apart from the strange food — is great.

I moved to Pittsburgh from Germany about a year ago as the wife of a science nomad. For my husband, coming here meant giving his career a real boost. For me, it meant a range of limitations that I think no adult should be subjected to.

"The economist in me cringes at that wastefulness, both for me personally and for this country."

When thinking of immigration to the United States, most people probably think of permanent residence status, colloquially known as getting your green card. There is a range of other options, though, to get foreigners into the country and allow them to work here for a few years. For scientists working at a university, the J1 visa is common. It enables them to work here for up to five years and bring family under a J2 visa. In visa terminology, family members are "dependent" upon the status of the primary visa holder.

So that’s what I am: a dependent. Let me explain what exactly such a status entails.

If my husband gets fired or dies in an accident, my visa automatically becomes invalid and I have to leave the country. If I had a full-time job here, I would lose that job immediately. Never mind that I would still be obliged to fulfill the rental contract for our house, which has a 90-day notice period.

I have a master's degree in education and the German equivalent of a Pennsylvania teaching certificate, but I will probably never find a regular teaching job while I am the dependent of a J1 visa holder. 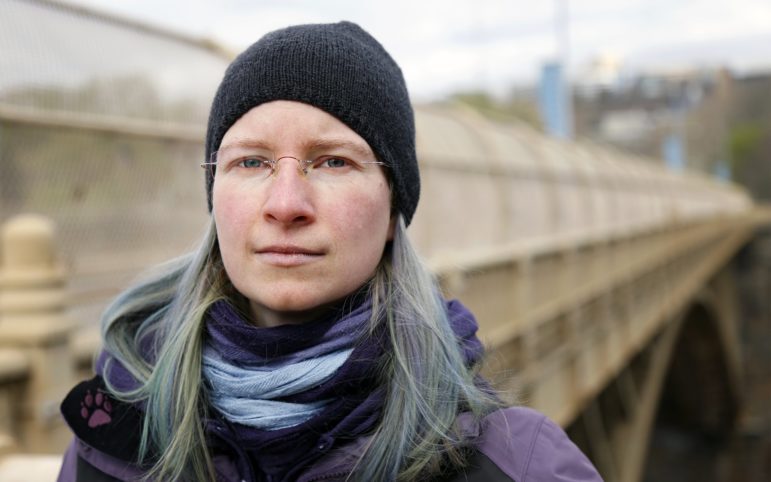 As a J2 visa holder, Verena Willkomm writes that she feels completely invisible at times. (Photo by Ryan Loew/PublicSource)

The reason is simple: Every year, or even more often, my husband's contract has to be renewed. The university he works for thinks that there is no need to rush that because a contract renewal takes a week at most. So why do anything until the contract is about to expire?

Now, here's the thing about being a J2 visa holder: I am allowed to work if I have a work permit.

Applying for a work permit takes three months, plus another month for getting the paperwork straight, sending it there and waiting for U.S. Citizenship and Immigration Services to put the date stamp on the form. So unless my husband gets his new contract at least three months in advance, there is no way I can get a new work permit in time. And, no school will ever hire me full time because they can't be sure I will actually be allowed to work the entire year.

I have occasionally worked as a substitute teacher for some private schools. By the time the work permit expired the first time, I had earned pretty much exactly the $410 that I paid to apply for the work permit.

All of this means I depend on my husband financially. While that may not be uncommon, it goes against all of my beliefs about marital equality.

Also, not being able to work full time in a job that matches my qualifications makes me feel extremely resentful about living here in the first place. True, no one forced us to come here. But this country got two highly qualified and highly motivated people and what do they do? They force me to twiddle my thumbs or offer my skills for free when, at my age, I should be investing all of my energy into my career. The economist in me cringes at that wastefulness, both for me personally and for this country.

"Maybe some 'dependents' don't care that they are being treated like minors, but I do."

So let's say I gave up and decided to go back to Germany. Ironically, I couldn't even have done that for the first six months we were in the United States without the permission of my husband. I did not have a Social Security number. Foreigners cannot get one without a work permit. Without a Social Security number, the bank put a limit of $500 on my debit card. I couldn't have even booked a flight to get out of here.

These conditions made me feel completely invisible at times. Maybe some "dependents" don't care that they are being treated like minors, but I do. I teach social studies in Germany. My job is about empowering teenagers to become responsible adults who make their own choices. And here I am, nagging my husband to talk to his employer about contract renewal, and I let him make all those calls to the bank and the utilities companies because I am afraid they won't talk to me. I didn’t sign the contracts; I didn’t have the agency.

After about a year, I have somewhat adapted to the situation. But that doesn't mean I am OK with it. I have just found a few ways to deal with it, like focusing on my life outside the job. I volunteer, participate in writing groups and spend time with the friends I've made that way. That doesn't mean I never rant at my husband that coming here was a mistake. At times, I really felt like our decision to give up two well-paying jobs in Germany in exchange for one in the United States was tearing us apart.

Americans right now worry a lot about Trump and his erratic policies. In my opinion, what they should be worried about even more is the way their country is treating the families of foreigners who have come here to work. With all the "dependents" of J1 and other kinds of visas, you have a huge potential for innovation right at your hands, and you are letting it rot.

Verena Willkomm has a master's degree in education. She writes young adult novels for fun and blogs about education, writing and culture shock on www.verenawillkomm.de/blog. She can be reached on Twitter at @VerenaWillkomm.

This project has been made possible with the generous support of The Heinz Endowments.

4 thoughts on “As a visa ‘dependent,’ it is hard to feel welcome”