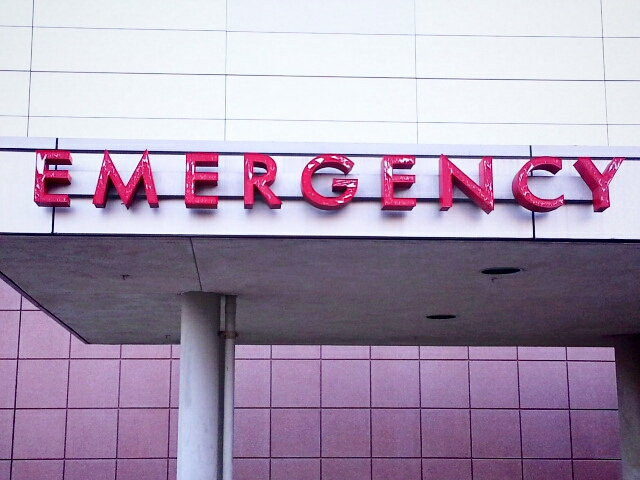 About 30 hospitals in the country have adopted anti-violence programs, following the efforts of the Maryland Medical Center in Baltimore.

The hospitals look at patients who are victims of violence, including stabbings, shootings and beatings, and then assign caseworkers to provide emotional and medical support.

A Washington Post and Kaiser Health News collaboration reports that these hospitals have helped get patients into drug rehab or back into class if they haven’t finished school.

The Post profiled David Ross, one of the violence intervention specialists in Baltimore, who said that his job is extremely taxing and time consuming.

The hospitals are acting on the notion that keeping violent injury from recurring will ultimately reduce their expenses and improve people’s long-term health. In other words, they increasingly view violence prevention as both good medicine and good business.

Some of the questions Ross asks patients are, “Do you feel safe at home? Do you have health insurance? A high school diploma?”

Ross said the approach doesn’t guarantee that there won’t be repeated violence, but it provides a baseline to connect people to services that can help “insulate” them.

Even after patients graduate, their intervention specialists follow up with them and continue to offer access to services.

Professionals are increasingly viewing violence prevention as a public health issue, and the 2010 federal health law supports that trend.

The law says that nonprofit hospitals must “formally measure their surrounding community’s health needs at least every three years and implement a strategy to address them,” according to the Post.

The Department of Justice has encouraged hospitals to partner with local organizations in areas of high crime, through “counseling patients directly” or connecting them with various social services.

Unfortunately, not all of the programs are as comprehensive as Baltimore’s, and the effectiveness of prevention programs has not been well researched.

Available studies have indicated that patients who experienced gun or stab wounds and underwent an intervention program were “far less likely to get injured again,” and that such programs can save hospitals “half a million dollars annually,” according to the Post.