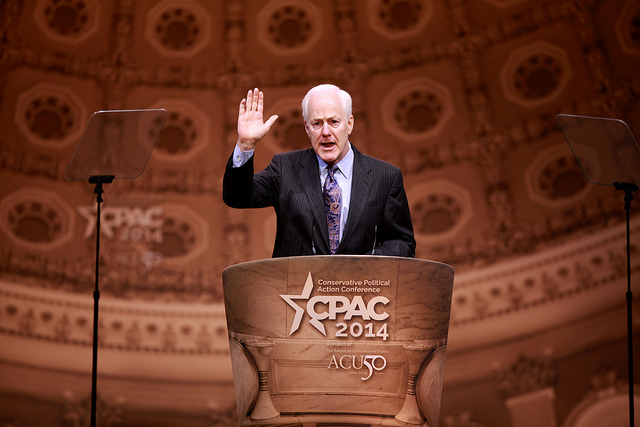 The Prison Rape Elimination Act was supposed to create “zero tolerance” for sexual assault in U.S. jails and prisons.

But after more than 10 years, inmates continue to suffer abuse by the thousands, and U.S. lawmakers have recently tried to undermine a key portion of the law that requires states to comply or lose funding.

Some states have opposed the 2003 law outright. Almost all have been dragging their feet.

According to The Marshall Project:

The move to weaken enforcement is just the latest impediment to fulfillment of the rape law. Pat Nolan, a member of the National Prison Rape Elimination Commission and the former Republican leader of the California State Assembly, cited a litany of delays and missed deadlines -- most recently the Justice Department’s decision earlier this year to put off audits of state facilities required under PREA.

“It’s been a passive-aggressive behavior,” he said. “They haven’t publicly come out and said we hate this law and don’t want to enforce it, but all their actions show they want to drag this out as much as possible.”

Meanwhile, the United Nations Committee Against Torture recently criticized the United States for not implementing the law – which it had previously lauded, and for the “widespread prevalence of sexual violence” behind bars, according to The Marshall Project.

In order to ensure compliance, the law requires states to either implement its requirements or lose five percent of federal prison funding. But in September, the Senate Judiciary Committee approved a provision from Sen. John Cornyn (R-Tex.) which sought to eliminate almost all of the law’s financial penalties.

The provision failed when the unrelated bill it was attached to failed to pass. But members of the National Prison Rape Elimination Commission said they expect the provision to be introduced again.

In November, commission members requested an audience with Attorney General Eric Holder to discuss their “grave concern” about efforts to delay or strip the law, the story said.

The law required states to either certify their compliance in May or make a promise to comply in the future.

As of May 15, only New Jersey and New Hampshire were in compliance.

Pennsylvania is among the 46 states and territories that promised to comply but had failed to do so fully. The state, however, says that it has “zero tolerance” for sexual assault in its facilities.

Cornyn explained that federal funds at risk of being eliminated include grants to police and victims of domestic violence, the story said. He said his proposal would allow states to implement the law without unintended collateral damage.

Texas Governor Rick Perry said the state would not comply, telling Holder that the law was too cumbersome.

Just Detention International, a group that wants the law implemented, said the proposal “guts” enforcement, though perhaps unintentionally. The group’s deputy executive director said that the amendment may have been drafted after law enforcement groups raised concerns about losing funding.

The most recent available federal numbers show that reports of sexual assault have been almost unchanged, according to a survey from 2011-’12 by the Bureau of Justice Statistics.