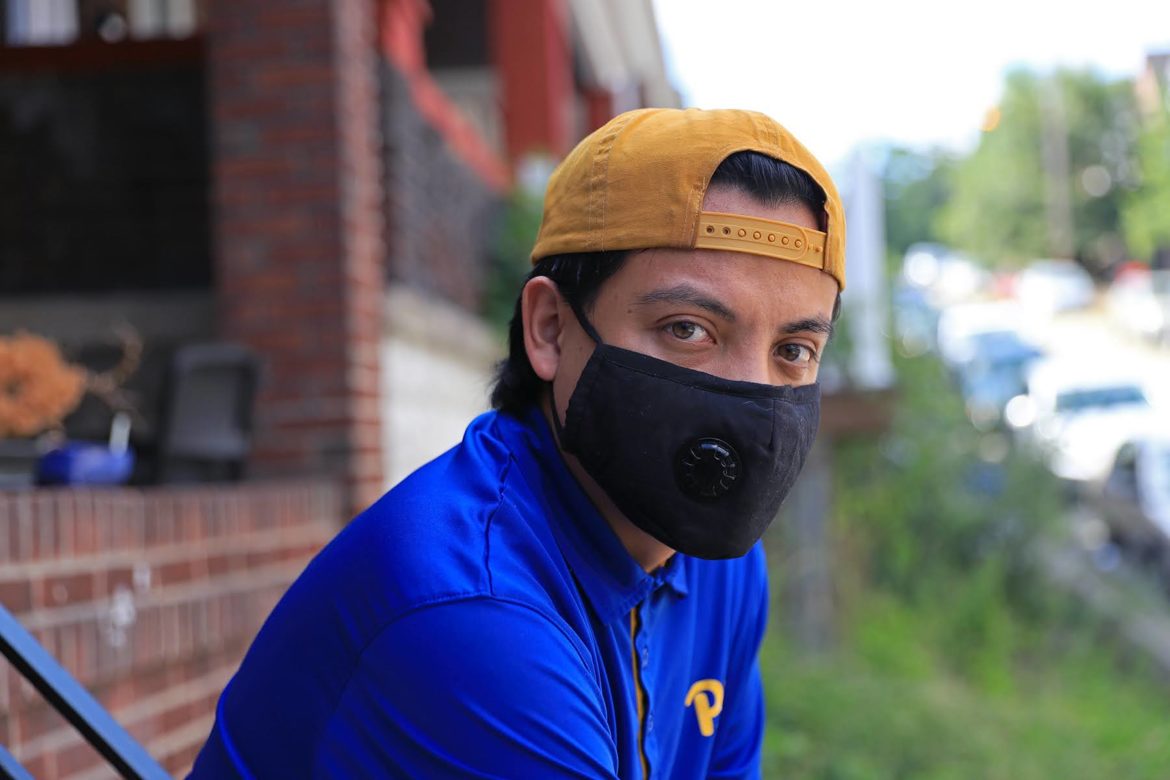 Pablo Salazar outside of his home in Oakland. (Photo by Jay Manning/PublicSource)

Pablo Salazar, a 22-year-old college student, learned that as bars and restaurants reopened in Allegheny County in June, he and his roommates shared mutual friends who had been concerned enough about exposure to get tested for COVID-19. At least one had even tested positive.

After Salazar decided he wanted to be tested, he faced his first roadblock — finding testing in Oakland, where he lives as he studies at the University of Pittsburgh.

“Just looking online, there’s not that many places in Oakland to begin with, and the places in Oakland that do offer tests, it’s not walk-in,” Salazar said. “You have to talk to your [doctor] and get an appointment and be approved for it. And some of our friends couldn’t even get a test approved because they didn’t have symptoms or the reasoning [for wanting a test] wasn’t enough.”

He found testing available at a CVS in Homestead, but it presented another challenge — the drive-thru test required coming in a car, and he doesn’t own one.

“My mom had to pick me up and take me, and that’s a problem because that’s potentially exposing someone else,” Salazar said. People without any symptoms have been known to transmit the COVID-19 virus.

CVS originally informed him that it would take three to five days for results, but it ended up taking six. He tested negative.

“You do get anxious about it, and you’ll obviously want to hear as soon as possible,” said Salazar, explaining why he didn’t want to wait for a doctor’s referral. “I’m from Lawrence County, so that’s where my doctor is from.”

Salazar’s difficulty getting a COVID-19 test in a reasonable amount of time is similar to many others’ experiences in Allegheny County and across the country. While experts say testing within 48 hours would be a reasonable benchmark, demand for testing in the United States means many patients are waiting much longer.

The county’s health secretary, Dr. Debra Bogen, confirmed July 15 that the demand for testing has become quite high, due to factors like individuals returning to work, bars and restaurants reopening and changing federal recommendations regarding testing. The county has performed 20,000 tests since the start of June and on five days, daily testing exceeded 2,000 samples. 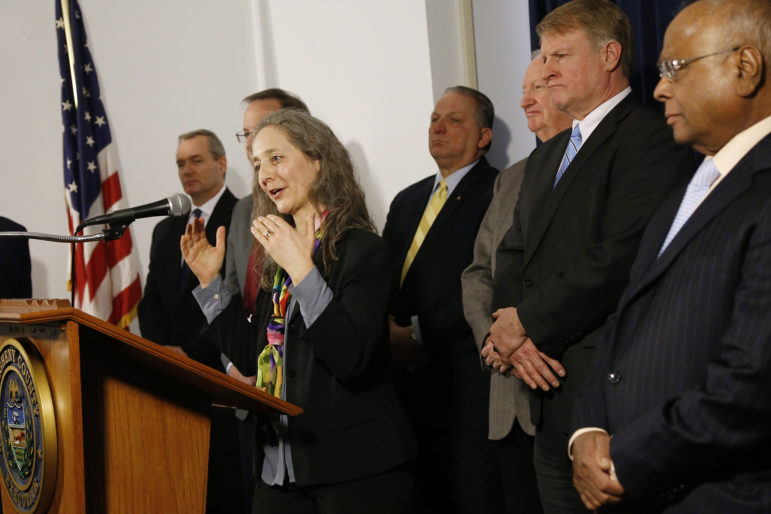 Dr. Debra Bogen being introduced as Allegheny County’s new health director in March 2020, just before the onset of the COVID-19 pandemic in the Pittsburgh region. (Photo by Ryan Loew/PublicSource)

From the start of the pandemic to July 15, the average time in Allegheny County between specimen collection and reporting of positive results to Pennsylvania's National Electronic Disease Surveillance System has been 5.2 days, according to county spokesperson Amie Downs. Before July, the average was 3.9 days, and after July, it increased to 6.4 days. The county reports a median lag time of 3 days across the pandemic.

To address this new demand, the county is asking asymptomatic people who have not knowingly been in close contact with someone who tested positive to not seek testing so long as they are able to quarantine for two weeks, Bogen said. The county is also ordering more testing kits for its federally-qualified testing centers, working to increase the department’s internal testing capacity and providing test samples to local labs rather than the national laboratories, which have been slammed with samples.

Long wait times for COVID-19 test results have been reported around the country. People are waiting up to two weeks to hear their test results from Quest Diagnostics, one of the major testing laboratories for the virus. The company attributes the lag to a swell in demand in the South, Southwest and Western regions of the country. The average wait time is seven or more days, according to Quest. Individuals like hospitalized patients and symptomatic healthcare workers are given priority, and have been receiving results on average less than two days after being tested, according to its website. Using LabCorp, another major laboratory, individuals are waiting four to six days on average.

The impact of long waits

A slew of COVID-19 symptoms started to hit Brittani Murray hard in late June. On July 2, she got tested at CVS and did not receive results until 12 days later, when she learned she tested positive. CVS initially informed patients that they can expect results in two to four days, but have now been telling people it can take six to 10 days “in times of peak demand,” according to its website.

This struck Murray as a ridiculously long period of time, in part because, according to the Centers for Disease Control, the virus is most contagious in its first three days in one’s system. The CDC also recommends quarantining for 14 days after contracting the virus.

“That’s when you’re going to have your biggest cases of transmission, that’s when you want to have as little contact with people as humanly possible, so that way you are not transmitting this,” Murray, 31, said. 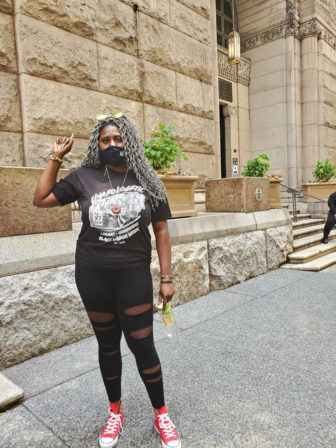 Murray’s symptoms ceased after more than a week of feeling ill, and she has now been cleared of COVID-19 by her doctor, she said. During the nearly two week period as she was waiting for her results, Murray contacted other testing locations to see if she should get tested somewhere else, but didn’t find any other worthwhile options.

“Getting the test is just not easy. It still isn’t,” Murray said. “There was a window of time I would say before reopening and right after reopening where getting testing was still a little bit simpler.”

Murray had actually gotten tested in mid-June, and received results in four days.

“Clearly, the reopening has done exactly what every analyst said it would do, which is lead to higher cases of COVID,” Murray said.

Steven Albert, a professor and researcher with the University of Pittsburgh’s Graduate School of Public Health, said Allegheny County’s difficulty providing testing is similar to the difficulty many municipalities around the country have had.

“We were lucky not to have a big wave in April, but we paid the price for thinking we could relax our guard and now we’re suffering for it drastically,” Albert said.

Albert points to the eased restrictions regarding public gatherings at places like bars and restaurants as a large factor in the increase in cases.

“We opened up restaurants and bars because we thought we were in the green phase and green means go,” Albert said. “But, in fact... even with a low prevalence of infected people, if you have enough social contact, without facemasks, in close proximity, indoors, in bars and restaurants and other big gatherings, you will have infections.”

Albert believes the Allegheny County Health Department has done a great job working under the difficult constraints the county is facing amid a meager federal response to the pandemic and a decades-long disinvestment in public health. It’s still clear that the county is not in a good place regarding testing, he said.

“When our health department director says: ‘Stay home if you have a problem but only get a test if you’re symptomatic,’ that shows that we just don’t have the testing apparatus we need,” Albert said. “And if you’re talking to people and they tell you it takes a week to 10 days to get their test results, we’re failing miserably.”

Tyler Prevade, 26, from North Fayette Township, worried that he was exposed to COVID-19 at work in early July.

“I had also had a scratchy throat for a couple days, and I’m allergic to, like, everything, so it could have been that, but I just wanted to be precautious about it,” Prevade said.

He first looked into CVS testing, but the closest one with appointments available was located in St. Clairsville, Ohio, and the testing site did not accept anyone from out-of-state. Then, he looked into testing through the Allegheny County testing portal, but there weren’t any available appointments for days.

He learned in a phone call that MedExpress can sometimes perform a test for someone, even without an appointment, as long as they arrive before tests run out. So on a Wednesday afternoon, the day after he decided to get tested, he called several MedExpress locations. He was told no tests were available until he called the fourth location, in Robinson.

“It was almost like a game show to get a COVID test,” Prevade said.

He was told he could expect results in three to seven days and heard back in three days. He tested negative.

“At least it was on the short side of the range they gave,” Prevade said.

Some have found their lives put on hold as they wait for their results, constantly waiting to be notified. 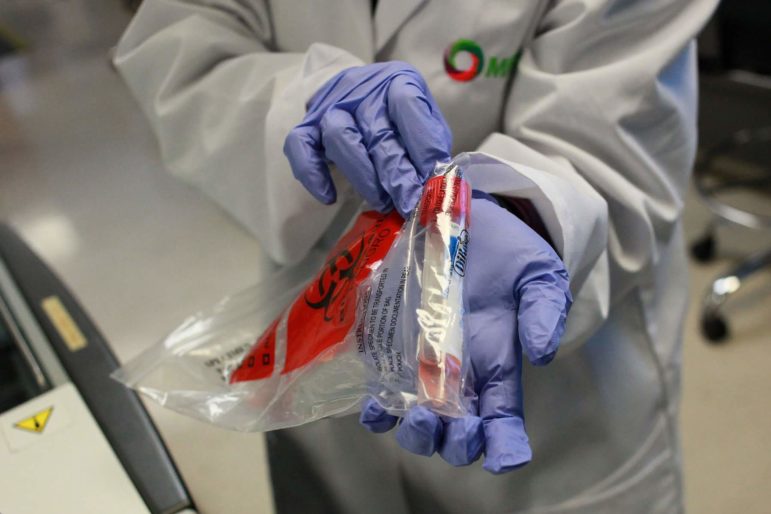 A patient sample for coronavirus testing. (Photo by Kimberly Rowen/PublicSource)

Erin Smith, 54, had a sore throat, a headache that wouldn’t go away and a feeling of a heaviness in her chest in early July. After calling her doctor, she eventually got tested. She was given conflicting answers about when to expect results - one nurse told her 24 to 48 hours, another said two to seven days.

Two days after being tested, she received a negative result, but she still felt symptoms and decided to quarantine out of caution. She worried she received a false negative.

The day after she got tested and before she got her result back, she checked MyChart, an app that catalogues test results for patients, “about four or five times, quite honestly… because I feel like my symptoms are more on the milder end of the spectrum, I’m trying not to get too anxious about it or too upset that I’m not hearing as quickly as I’d like to hear,” Smith said. “My concern really isn’t even so much about myself but about my family.”

Quarantining prevents her from doing much of what she’d normally do.

“It’s Saturday afternoon here, and I would love to be out running errands and things like that. So I’m sitting here watching really terrible reruns on television and trying to find things to do.”

From the perspective of many people, like Salazar, it really seems like getting tested should be a lot easier.

“I think it’s ridiculous that we’re surrounded by all these hospitals and can’t even walk in for a test,” he said.