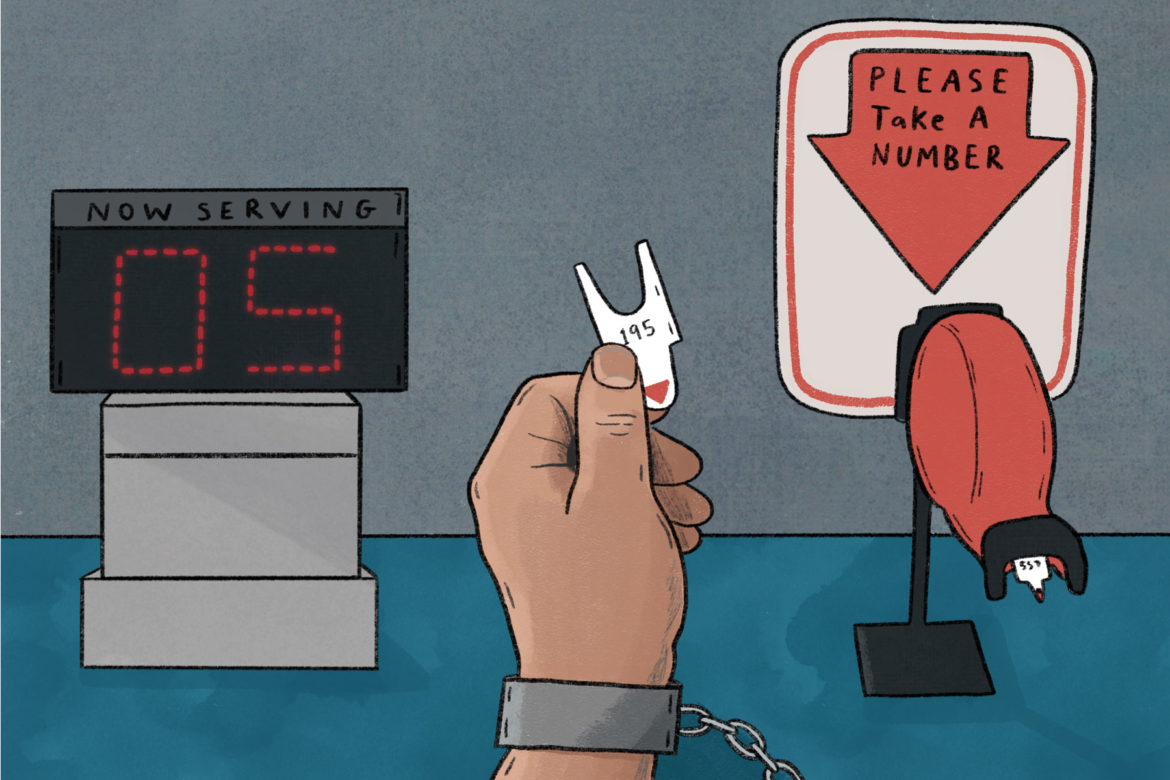 At Allegheny County Jail, waiting for medical care can be like taking a number and waiting weeks or months before it’s called.

Some people wait months to see a medical professional — or leave the jail before getting treatment. Medications are mixed up, given late or missed altogether. Contrary to state regulations, new arrivals often have to sit in a holding cell for days before receiving a medical screening, sometimes without their medications or while enduring severe detox symptoms. According to employee reports, a woman at risk of killing herself sat in a cell for hours in July, outfitted in a suicide gown, without being checked on by a mental health professional.

“When you’re sick, you want to be taken care of. But in jail, when you’re sick, it’s almost like, ‘Take a number, we’ll get to you when we get to you,’” said Sara McClung, a nurse who worked at the ACJ for almost a year and was terminated in May. “I came from a hospital setting, so patient care was always the top priority. Always, always. And when you’re at the jail, that’s not the case.”

Dr. Peter Hauber, a psychiatrist employed at the jail from 2016 to 2019, said medication errors were made frequently and without any repercussions. “If a hospital had those types of medication errors, they would be shut down,” Hauber said.

Since the pandemic, the issue has worsened. As of Dec. 27, 115 inmates and 87 staff members had tested positive for COVID-19, according to the county. In November, ten employees contracted the virus and another 50 employees were quarantined after contact tracing, leaving the jail even shorter on staff. “While these steps will impact staffing levels at the facility, we have worked with the union leadership to ensure the proper staffing to maintain the safety and security of all inmates and employees,” Warden Orlando Harper wrote in a press release.

The county did not respond to multiple requests for comment on this story.

According to the National Commission on Correctional Health Care, there is no specific ratio of how many medical employees to inmates a correctional facility should have, but “the number of staff must be sufficient to ensure that there are no unreasonable delays in patients receiving necessary care.”

PublicSource spoke to over 60 people for this story, including current and former employees and inmates, and reviewed dozens of jail documents spanning 20 months. Firsthand accounts, internal employee reports and medical treatment data indicate how chronic understaffing at times translated to serious consequences for inmates’ mental and medical health.

Click through each section below to read more about how short staffing impacts inmate care:

This story has been updated to include additional information on the jail's use of part-time psychiatrists.