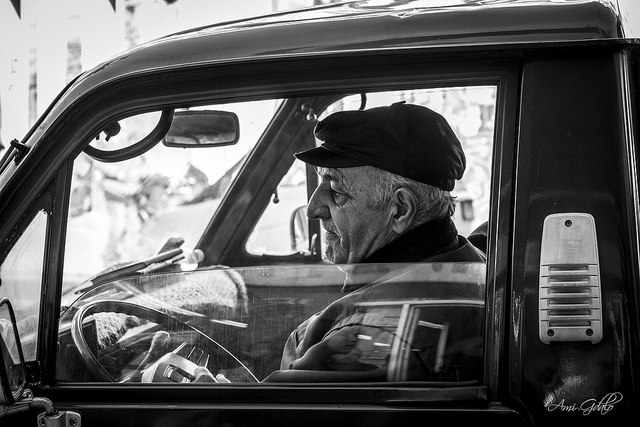 A joint piece by Kaiser Health News and NPR shed some light on the common problems associated with senior driving and how difficult it can be to get loved ones to give up their keys.

The elderly are more prone to adverse medication reactions, heart conditions, nervous disorders, diseases, hearing loss and vision impairment that affect their ability to drive safely, which can concern families and other motorists.

But data from the Pennsylvania Department of Transportation (PennDOT) show that only a little more than 1 percent of drivers older than age 65 were involved in crashes in 2014.

Compared to the 4.5 percent of 17-year-old drivers with accidents reported in 2014, this doesn’t seem too bad.

According to the PennDOT report:

Driver inexperience and less cautious driving often are attributed characteristics given to the reason all young driver ages have higher rates.

But there’s one consistency among car crashes involving mature drivers: About half of them occur at intersections, which can be labeled confusingly and require complex movements from the driver.

Another caveat is there are also significantly higher numbers of seniors driving than 16 to 20-year-olds. Seniors were involved in nearly 19,000 crashes in 2014, according to PennDOT.

The National Institutes of Health report the most common mistakes by mature drivers include failing to yield right of way, failing to stay in the lane and speeding or driving too slowly.

Overall crashes have been reduced by about 18 percent from 1997 to 2013, according to National Highway Traffic Safety Administration data. Yet in that same time interval, accidents involving seniors decreased only about 3.3 percent.

Physicians are responsible for reporting medical conditions that could affect driving ability of all people 15 and older to PennDOT.

After receiving the report, PennDOT performs an evaluation and decides what action to take. About 22 percent of the reports submitted each year recall a driver’s privilege, and another 21 percent place restrictions on the driver, according to PennDOT.

A restricted license may be placed on drivers with vision impairment and limits them to driving during daylight hours and on roads other than freeways.

While the elderly are more likely to suffer from some physical ailments like vision and hearing loss, being unable to drive can trap them at home if they don’t have another reliable source of transportation. That isolation can lead to harmful health effects.

From the Kaiser Health News/NPR article:

A recent report by the AAA Foundation for Traffic Safety and Columbia University found older adults who give up the keys are nearly two times more likely to suffer depression than those who keep driving.

Some alternatives include the Free Transit Program for Senior Citizens, which allows people over 65 to ride public transportation for free with an ID card, and the Shared-Ride Program that offers discounts on ride sharing services.

PennDOT has a list of safety tips for mature drivers. These include having regular eye and medical exams, limiting driving during nighttime, bad weather and rush hour, and avoiding taking medications that may cause drowsiness.

Drivers over age 55 who wish to stay on the road should look into PennDOT-approved refresher and improvement courses. There are no tests, and completing a course earns a minimum 5 percent discount on car insurance premiums.

Under Pennsylvania law, drivers who take a basic course every three years are eligible to maintain the discount.

The AARP has nine locations within 20 miles of Pittsburgh that offer a driver safety course. AARP members can take a four-hour refresher course for $15, and non-members can take it for $20. An online course is available as well, but it’s slightly more expensive.

Driver safety courses can also be taken through AAA, Seniors for Safe Driving and Safe2Drive.