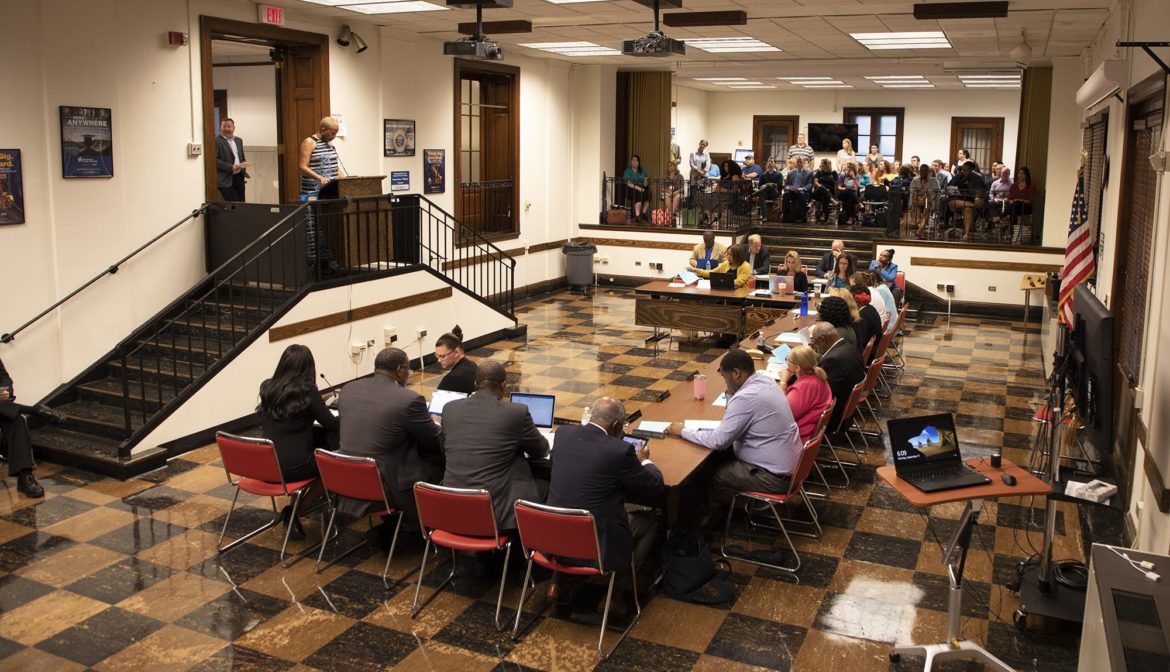 The Pittsburgh Public Schools board heard from about two dozen speakers on Sept. 17, 2018. Most of the speakers discussed the public revelation that Big Brothers Big Sisters of Greater Pittsburgh asks questions about sexual orientation, religion and mental health. (Photo by Kat Procyk/PublicSource)

A singular message rang from the voices of two dozen speakers at the monthly public hearing of the Pittsburgh Public Schools board on Monday:

“I’ve been in the program since I was a freshman and I can confidently say this program has changed my life for the better,” said Brashear High School student body president Leon Blair. 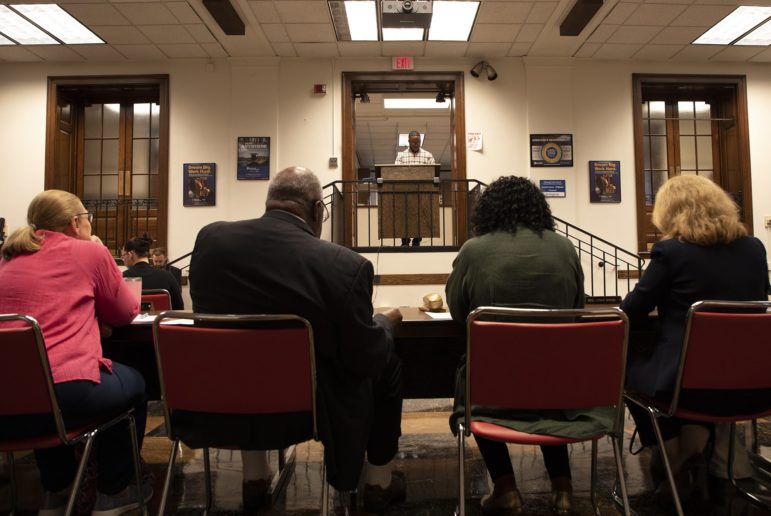 Leon Blair, the student council president at Brashear High School, speaks to the Pittsburgh Public Schools board, on how the Big Brothers Big Sisters program has changed his life “for the better.” As an aspiring doctor, he was placed with a practicing doctor as a mentor, allowing him to take important steps in achieving his professional goals. (Photo by Kat Procyk/PublicSource)

School board member Moira Kaleida raised concern at the Sept. 12 board meeting about whether the questions asked of prospective volunteers for Big Brothers Big Sisters violated the district’s anti-discrimination policies and practices. PublicSource published a story about the mentoring organization’s interview questions and the district’s concerns on Sunday.

Kaleida’s father, Kenneth, had recently gone through the interview process and said he felt that questions asked about sexual orientation, religion and mental health were inappropriate. Kenneth Kaleida, a retired school counselor, told PublicSource it appeared that Big Brothers Big Sisters was attempting to screen volunteers.

As a result, his daughter pulled from the board agenda a motion to add five new mentor organizations to a list of 90 already working with the district. Big Brothers Big Sisters, which provides 500 mentors to students in Pittsburgh schools, was on the list of approved organizations. District administrators and solicitor Ira Weiss are in the process of reviewing the matter. 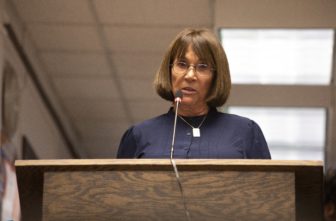 Jan Glick, CEO of Big Brothers Big Sisters of Greater Pittsburgh, and other staff members and volunteers took to the microphone Monday night to explain that the questions are asked not to exclude volunteers but to make appropriate and lasting matches. On Friday, Glick sent a letter to the board providing the same explanation. Previously she had called Kenneth Kaleida to explain why the questions are asked.

The questions are “not discriminatory and are beneficial in the matching process,” Big Brother Jeff Hildebrand told the board. Hildebrand is in his fourth year as a mentor to a student at Brashear High School. Because of the programming questions, he said his mentee was able to request an “LGBT-accepting individual.”

Leon also lauded the matching process. He hopes to become a doctor but said no one in his family is able to advise him because none are doctors. But because of Big Brothers Big Sisters’ “extensive matching process,” he said he received a mentor who is a doctor.

“I’ve got a lifetime mentor with a mutual passion,” Leon said.

Also among the speakers were several teachers from Brashear High School, where 300 adults volunteer in the Mentor 2.0 program that is geared toward keeping students on track to graduate and succeed in college. 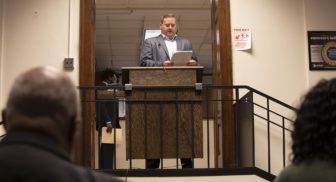 Jeff Hildebrand, a volunteer at Big Brothers Big Sisters, said he felt the questions about sexual orientation and religion are beneficial to the matching process. (Photo by Kat Procyk/PublicSource)

Brashear social studies teacher Jordan Lee spoke of how the adult mentors help students apply for jobs, create resumes and persevere in their high school studies. They also play games and watch movies. They “serve as a great role model for my students,” she said.

Lee broke down in tears as she spoke of how students are currently asking when they will meet with their mentors this school year.

Of the volunteers who spoke, two identified as openly gay men who said they were not offended by being asked about their sexual orientation during the interview process. Mark Marsen said he was the first openly gay man to become a Big Brother in Pittsburgh.

Justin Matase said he asked why Big Brothers Big Sisters was asking about his sexual orientation when he applied to volunteer and understood when he was told it was used to facilitate a match.

Matese said his mentee, along with his mother, attended his wedding to his husband “when members of our own family chose not to attend.”

At the conclusion of the hearing, board president Regina Holley thanked the speakers for their comments and said the board would take them under consideration.

Moira Kaleida said she hoped the district could maintain its programs with Big Brothers Big Sisters but that she still has concerns over the questions asked of volunteers and the fact that the organization allows families to reject mentors of certain sexual orientations or religions. Glick confirmed to PublicSource last week that some parents say they don’t want their children matched with LGBTQ individuals or those of a particular religion or race.

Read the original story about the concerns over questions asked by Big Brothers Big Sisters of prospective volunteers.

After the hearing, Kaleida and Big Brothers Big Sisters board member Steve Irwin discussed a compromise through which perhaps prospective volunteers could self-identify details such as sexual orientation or religion rather than have the questions asked in each interview.

Kaleida said she would consider returning to the Sept. 24 school board agenda the item listing the mentoring groups for approval if an agreement is made with Big Brothers Big Sisters to work out a compromise on the questions.

Irwin said he hoped the compromise can be reached before Sept. 24 so that a vote on approving the list can be taken.