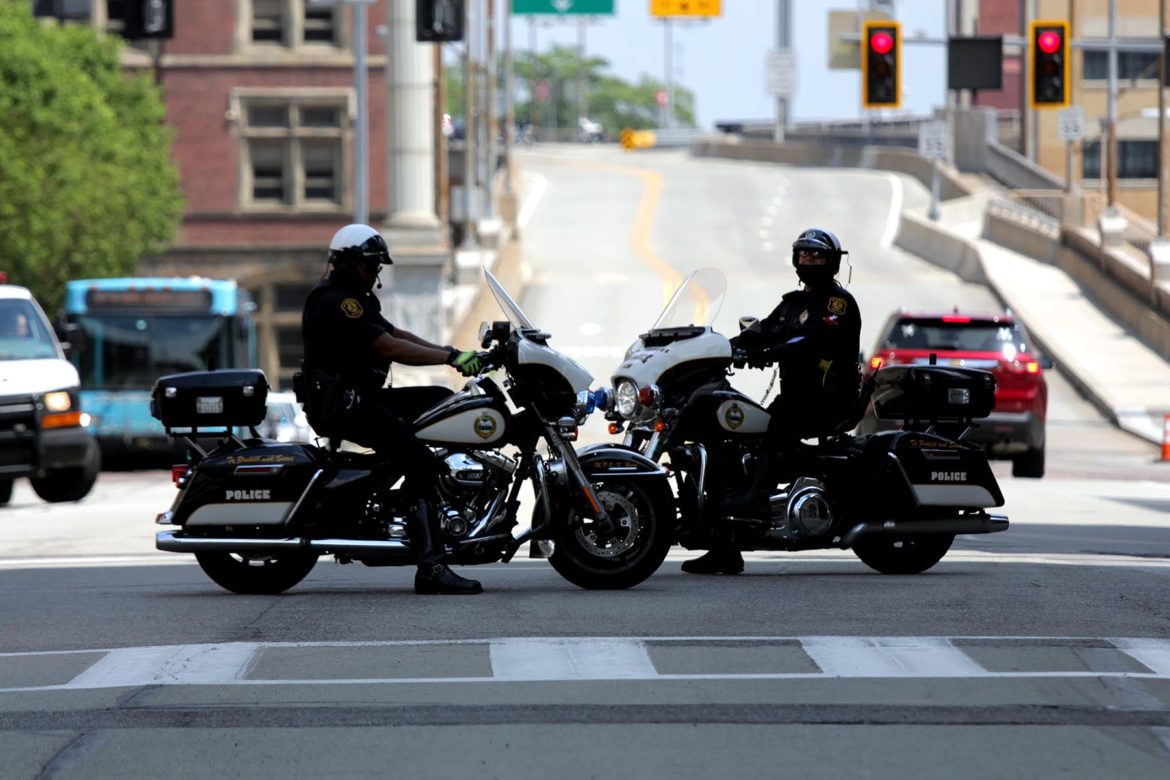 In the wake of George Floyd’s death by a police officer in Minneapolis and other cases of police brutality, activists and Democratic lawmakers across the country are calling for the “defunding” of police departments.

The idea raises many questions. What does “defund the police” mean? Is it viable? And what does Pittsburgh’s police budget currently look like?

Defunding would involve reimagining public safety by taking money from police budgets and diverting into other services like violence prevention programs, social work and mental health services that may reduce crime. Many calling for reforms say it does not mean scrapping police departments entirely — though some activists have called for abolishing the police altogether because they don’t believe reform will work.

Supporters argue that defunding the police isn’t as radical as it may sound because as money is reallocated, so are responsibilities. Public officials in at least 16 cities, including Minneapolis, New York and Los Angeles, have begun taking steps to reduce police resources.

We broke down some key statistics on Pittsburgh’s police budget, compared it to other cities and questioned experts on the challenges and potential of shifting resources.

According to Dennis Kenney, a professor at John Jay College of Criminal Justice who specializes in policing, Pittsburgh’s police budget is “on the light side.” He said most cities of a comparable size allocate 25% to 30% of their budgets to police. Pittsburgh spends roughly $382 per capita annually on policing. “Police departments tend to be fairly expensive propositions because they’re labor-intensive, and people cost money,” he said.

Larry Likar, professor and chair of La Roche University’s Department of Justice, Law, and Security, said cities like Pittsburgh often have large police budgets for several reasons: the need to keep up with new technology, like body cameras; the “unpredictable” nature of policing in cities, which requires additional resources so that police are quickly able to respond to different types of incidents; and expensive training.

Lenese Herbert, a professor at Howard University School of Law, noted that not all police-related costs are included in the police budget. She said settlements for civil lawsuits against the police can cost cities hundreds of thousands of dollars. “We’re not merely paying for uniforms and hardware… we’re paying for the kind of policing we’re now seeing on our TV screens, on our phones, on our laptops, over and over. And that kind of policing looks like it’s unaccountable to anyone. And it costs.”

According to city spokesperson Tim McNulty, there are several reasons for the police budget’s increase. The city recently purchased and implemented new police body cameras and established two new substations in Northview Heights and Downtown. Most recently, City Council in November approved a $10.9 million contract that includes body cameras and TASERS. The city also shifted benefits and legacy workers’ compensation from the Human Resources budget to the police bureau budget.

Leaving Act 47, a financially distressed designation for cities, in 2018 led to an increase in personnel costs. “When the City left Act 47 the [Fraternal Order of Police] and other unions were able to bargain for salary upgrades, which they received,” McNulty wrote in an email to PublicSource.

Brandi Fisher, president and CEO of the Alliance for Police Accountability and member of the newly announced city Community Task Force on Police Reform, said the increase in the police budget indicates that the city is over-reliant on arresting and incarcerating people instead of creating community-based solutions. “If we invest in people on the front end, then we don’t have to worry about them interacting with the police on the back end,” she said.

Advocates for defunding the police have suggested reallocating resources to affordable housing, among other things.

Kenney said that cutting a portion of the police budget wouldn’t provide adequate funding for creating all of the necessary replacement programs, like entities to address domestic violence disputes and homelessness.

Likar agreed that defunding the police, while possible, is complex. He noted that while some types of incidents, like cases of homelessness, may be better handled by social workers or other specialists, those can become unsafe and require protective measures. “The idea of just jumping in... and taking portions of the budget away, that’s feasible,” he said, “but you really need to understand the intricacies of that.”

According to Herbert, political will is the main obstacle. “This is about reallocating and reconsidering our priorities,” she said. “Is it challenging? Sure. But we’re only limited by the limitations of our imagination.”

On June 12, the city announced plans to create an Office of Community Health and Safety to “redirect city resources” to experts in social services, public health and social work who could assist first responders. In Pennsylvania, social work and mental health services are largely handled at the county level.

The city decided to increase the number of officers in the field to emphasize the bureau’s “commitment to community policing and having more officers walk neighborhood beats,” as well as to invest in community resource officers to “work directly with community groups,” McNulty wrote. He also said that for years, the city did not hire the number of officers it budgeted for and then spent millions of dollars in overtime. “Hiring the full complement of officers not only decreased overtime but allowed the city to put more focus on community policing,” he wrote.

Kenney said the numbers of police officers in similarly sized cities can depend on a city’s overall approach to policing. “Has the city decided that it needs to be heavily policed or lightly policed?” he said.

Local officials can also feel pressure to lower the crime rate in an attempt to attract economic opportunity, Likar said. “If you’re the mayor or council of a city and want to see industry coming, more jobs… one of the major concerns is always going to be, ‘What’s our crime rate?’” he said.

According to Herbert, the racial composition of a city is also a determinant of the police budget, as places with larger Black populations are more heavily policed. “The standing presumption seems to be, more criminality is happening” in Black communities, she said. She attributes this to “the perception of criminality in the Black body, as opposed to the white one, or the non-Black body.”

Moving to ‘a better space’

Activists, community leaders and politicians around the world have acknowledged the catalytic potential of the current movement against racism and police brutality.

Fisher said she felt a similar unified call to action when the Black Lives Matter movement was first established in 2013, but this time feels a bit different. Longtime activists have learned about the system and are more equipped to steer policy change, she said. And now, more people are listening.

“I think [George Floyd’s death] really woke a lot of people up to say, this is not what America is about. This is not what we want our country to be about. We’re going to change this,” Fisher said.

Herbert called the current movement a unique time in history. “I feel like it’s almost a little tear in the fabric that allows us to jump through it and see and be something new…” she said. “The question is, how do we move from this moment into a better space and place? That’s the opportunity.”