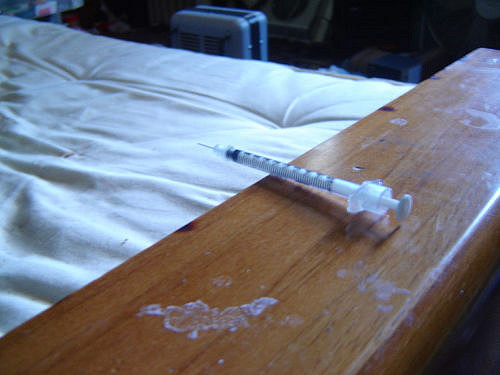 The amendment to the Comprehensive Addiction and Recovery Act failed 48-47 on a procedural vote to waive requirements on budgetary discipline, which required 60 votes out of 100.

Casey’s office provided a statement on the amendment’s failure:

“It’s disappointing. Yesterday, the Senate had an opportunity to deliver more resources to the fight against heroin and failed. This is certainly a setback, but I’m going to continue to push for this funding to ensure professionals treating those struggling with heroin have the tools they need. The heroin crisis requires resources from Congress, not just more rhetoric.”

The Comprehensive Addiction and Recovery Act would expand prevention and education programs, identify and treat incarcerated people with addictions and strengthen drug monitoring programs, according to a press release.

In the Senate, the bill is co-sponsored by 24 Democrats, 16 Republicans and two Independents. The House version has the support of 66 Democrats and 25 Republicans.

The bill would also expand the availability of naloxone — the drug overdose antidote — which has already been approved in Pennsylvania for the state police, school nurses and available to anyone in Allegheny County.

The bill doesn’t appropriate any money to those programs, although up to $80 million could be devoted to the efforts, according to USA Today.

In the current fiscal year, Congress appropriated more than $400 million to combat the heroin and opioid epidemic, which was a 30 percent increase over the previous year.

It was passed out of the Senate Judiciary Committee last month and promised a quick vote by Senate Majority Leader Mitch McConnell, R-Kentucky, according to USA Today.

Of the nearly 2,500 Pennsylvania overdose deaths in 2014, more than half were from heroin, according to a November report by the Drug Enforcement Agency’s Philadelphia Field Division.

Allegheny County had 372 overdose deaths in 2015, 217 of those from heroin. There has been a sharp increase locally in the number of heroin deaths since 2010.

In Westmoreland County, there were 126 overdose deaths last year, 56 attributable to heroin.

“It doesn’t do any good to talk and talk and to preach about it and then to stop at what is a good bill, but a bill that needs more funding,” Casey told reporters, according to The Beaver County Times.