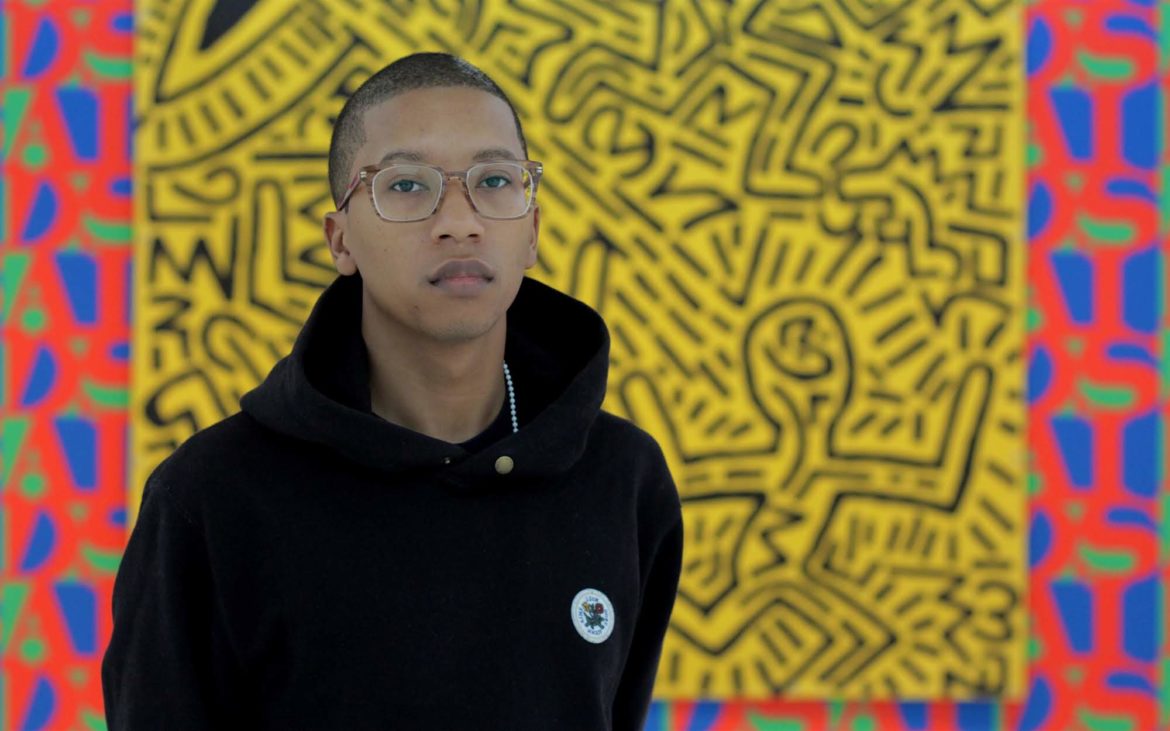 Sean Beauford has worked for or alongside three Pittsburgh museums in marketing, education and curating roles. (Photo by Jay Manning/PublicSource)

Pittsburgh art museums have a problem. The artists they amplify and the staff they employ are not diverse enough, which means that our communities and our city as a whole suffer as a result. Because our museums don’t accurately reflect our population, many of our residents aren’t being served.

I have the privilege of working for or alongside three art museums in Pittsburgh in marketing, education and curating roles. Because of this, I see firsthand the need for varied voices in the room. I’ve seen how we aren’t as effective as we could be because we’re missing representation.

In recent years, as public discourse around diversity has increased, museums around the world, including in Pittsburgh, haven’t been shy about admitting their shortcomings and vowing to do better. While there have been a lot of thinkpieces, panel discussions and declarations that have amounted to nothing, some institutions have succeeded in doing better, even if that means they’ve started doing things they should’ve been doing all along.

In 2017, the Ford Foundation and Walton Family Foundation launched a $6 million initiative to diversify museum leadership, funding programs at 22 museums including Pittsburgh’s Andy Warhol Museum, which focused their efforts on youth outreach, internships and mentoring. In 2019, the Andrew W. Mellon Foundation, Alice L. Walton Foundation and Ford Foundation gave $4 million in grants to assist 51 museums in making their board membership more diverse and inclusive. The Baltimore Art Museum recently sold works by the likes of Warhol and Robert Rauschenberg to create space for artists of color and women. Carnegie Museum of Art [CMOA] has made significant efforts to diversify programming and galleries and has been open to having critical conversations on their platforms.

The diversity of U.S. museum collections has expanded and exhibitions by artists who aren’t straight white males have become more common. A 2018 survey by In Other Words and artnet News notes that in 2017 the amount of exhibitions focusing on African artists increased by almost 66%. That’s great, but it only makes up a little over 7% of exhibitions. In Pittsburgh, local creatives from underserved communities seem to have an open invitation to collaborate on programming, even when these programs are critical of the institution hosting them — whether it’s a performance artist challenging museum culture or a public conversation prompted by artwork in an exhibition like CMOA’s Crossroads, which highlights marginalized voices.

However, the biggest, most needed changes have yet to be made. The workforce over the past few years has become less homogenous, especially public-facing staff, but that fact can be misleading. The 2018 Art Museum Staff Demographic Survey by The Andrew W. Mellon Foundation highlights that while staff diversity at museums across the United States has increased since its 2015 report, the percentage of people of color in leadership positions went from 11 percent to just 12 percent. In comparison, total employees of color increased from 24 percent to 28 percent from 2015 to 2018. In that same span, the percentage of new hires that were people of color went from 26 to 35 percent.

Pittsburgh art museums have a problem. The artists they amplify and the staff they employ are not diverse enough, which means that our communities and our city as a whole suffer as a result.

Diversity is prevalent among visitor services employees, educators and security guards, but leadership in Pittsburgh museums is still made up of almost all white, non-disabled people. That’s problematic because across local museums two of the biggest talking points are racial diversity and accessibility. How can those issues be properly addressed if there’s no one at the helm who can identify with them?

Diversity, Equity, Accessibility and Inclusion [DEAI] has been discussed for far too long to not have made any significant progress. I believe that some institutions are making a sincere effort, and most museum staffs want to see change. We aren’t moving with enough urgency. I say we, including myself as a museum employee. My colleagues and I do what we can. We speak up and out when necessary, we contribute to strategic plans, we identify areas that need attention and create programs to address them, and we try to bring in as many community leaders and representatives as we can through collaborations. I appreciate the leadership that gives us the autonomy to do so. However, while addressing these issues is a priority to some, it appears that they are an afterthought to those with the power to initiate systemic change.

For me, the first real glimmer of hope was learning about the August Wilson Legacy Fund’s plan to work with the CMOA to create museum opportunities for young people of color by funding paid internships for high school students. It wasn’t just that they had a plan, it was that their plan involved immediate action. They put their money up. Creating and funding new paid opportunities for people of color is an action all museums here need to take. While paid internships don’t change organizations from the top down, they address inequalities caused by privilege or lack thereof and help to even the playing field. Many students of color can’t afford to spend their summer working for free, which means students who can, who already have a socioeconomic head start, now get a one-up on their resumes, which likely means they’ll continue to rise over those who haven’t had the privilege to be as credentialed.

The August Wilson Legacy Fund internships are especially important because they’re offered to high school students, which develops their understanding of museum careers at a younger age and may influence their college path and career choices. One of the CMOA high school interns, who prior to the internship wasn’t considering a career in museums or art, now works at the gallery on his college campus.

Exposure to museum careers at an early age, through internships or teen advisory groups has proven to be fruitful. Room to Rise is a case study by the Whitney Museum of American Art that examined 10 years of teen programs from four American museums. It showed that 79 percent of alumni surveyed have held a professional position in the arts; 57 percent said the teen programs strongly influenced their career choice.

This summer at MuseumLab, the Children’s Museum’s newly opened cultural campus for children 10 or older, I led a two-week summer intensive focused on curating, where students met with curators, artists and other museum professionals. This experience showed me that there’s room to expand how we talk about art museums to children. It doesn’t have to be limited to the art on the walls. When discussing occupations, jobs such as curators, registrars and conservators should be mentioned alongside police, astronauts and scientists. If museums are to be the pillars of community we believe them to be, children should be more familiar with how they work. There should be entire weeks dedicated to museums where various museum professionals visit schools and discuss their work. In-school art shows should be collaborations with representatives from museums. Investing in youth education is always worth it and the right thing to do, whether or not students grow up to be museum professionals. The bonus is that children are more likely to work in the arts when they participate in youth arts programs. Working with diverse groups now is likely to result in more diverse candidate pools down the line.

Although I believe that being more intentional with the opportunities created for youth is necessary for the future we want, those seeds will take years — decades even — to harvest. The long game is important, but focusing on it too much can feel like an excuse for the changes that aren’t happening now. A frequent response to criticism around diversity is usually, “We’re working on it,” and that’s no longer good enough. With that said, there are actions museums can and should take immediately to be more inclusive.

Considering that staff diversity has increased among positions that interact with the public but not so much in back of house roles, it would seem there's an effort to only appear diverse, or perhaps it's a matter of there being less discrimination in hiring roles with less responsibility. This indicates to me that either hiring managers are extremely biased when considering applicants for administrative positions or there’s no diversity among applicants, which would mean recruiting methods need to be revised. Either way, the hiring system is broken, and correcting it should be a priority. Are museums certain that their job posts are being seen by a wide range of people? Making sure current openings are properly dispersed and following up would be a great first step.

If museums are objective in the evaluation of their hiring practices, how can they not realize that the way they’ve been doing it has led to this current crisis? At what point do they go back to the drawing board and try something new? 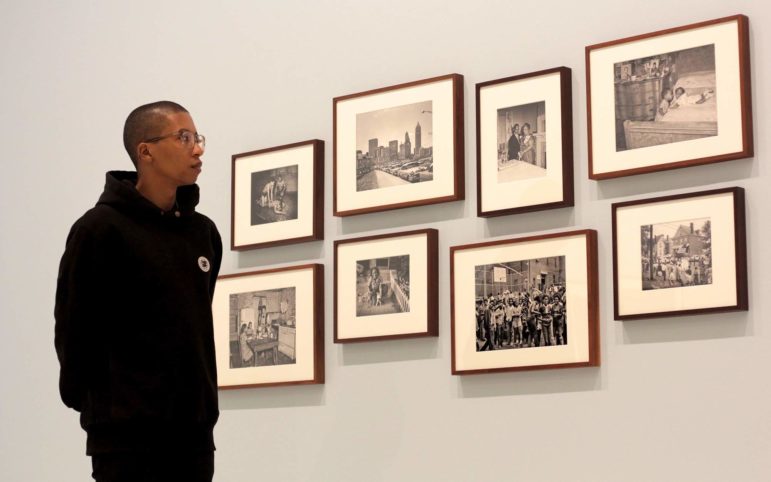 Sean Beauford at the Carnegie Museum of Art. (Photo by Jay Manning/PublicSource)

If the museum wants to reach the community at large, then museums should reflect the community at large. If museums want to speak to different cultures, they should hire people from those cultures, especially because museums are tasked with presenting art and history from various cultures. When diversity is discussed, it typically refers to race, gender, sexual identity or ability but it should also include age, experience, education and socioeconomic status. How are museums representing the communities they spend hours brainstorming ways to reach? Is there anyone in that room who identifies with the target demographic? Why aren’t museums employing more people from these communities?

Sometimes museums feel less like community organizations and more like collectives of people with a savior complex who think only those anointed with a degree have something to offer. Every museum job doesn’t and shouldn’t require a degree. Experience and perspective should be valued more than it is.

Ultimately, though, museums will only go as far as their boards of directors take them. The board is responsible for helping the museum fulfill its mission by offering support, advocating on its behalf, developing and reviewing policies and plans and making sure the museum has the necessary resources and personnel to achieve its goals. While diversity can be found on most of our museum boards, there isn’t a lot of it, especially not if we’re considering factors other than gender, race and occupation. I worry that if a board doesn’t view its own lack of diversity as an issue that requires urgent attention, their complacency will suppress their museum’s growth.

Sean Beauford is an art enthusiast and museum worker. He can be reached at seanbeauford@gmail.com.