The United States has the highest maternal death rate among developed nations. And it’s rising.

The death rate is driven by racial disparity, lack of insurance access, an absence of comprehensive data and other factors.

PublicSource has curated signature projects from 10 sources, local and national, to inform our readers about the imperative issue of maternal health. The coverage includes information on causes of death in mothers and infants, preventative techniques and how, on a state and national level, governments are implementing programs to fight back. 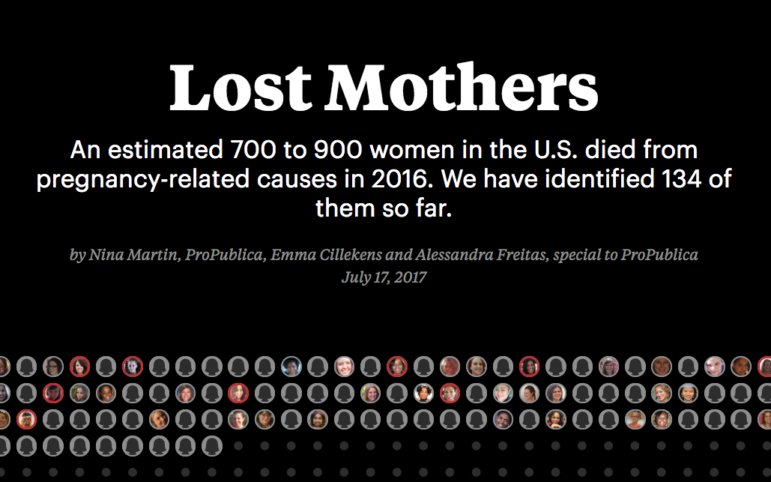 Last year, ProPublica and NPR teamed up to document stories of some of the 700 to 900 women whose 2016 deaths were related to pregnancy. Featured in this collection of articles is coverage of federal action on the issue: The U.S. Appropriations Committee’s voted earlier this year to request $50 million to fund a program focused on reducing maternal death rates. The U.S. Senate Committee on Health, Education, Labor and Pensions passed the Maternal Health Accountability Act, which aims to enact a grant program to aid states in maternal death research that could be used to create policies around.

Learn through ProPublica’s roughly 30 articles about these government policies, racial disparities in maternal health care, the importance of prenatal care and midwives in preventing birth-related crises and more. (2017-2018) 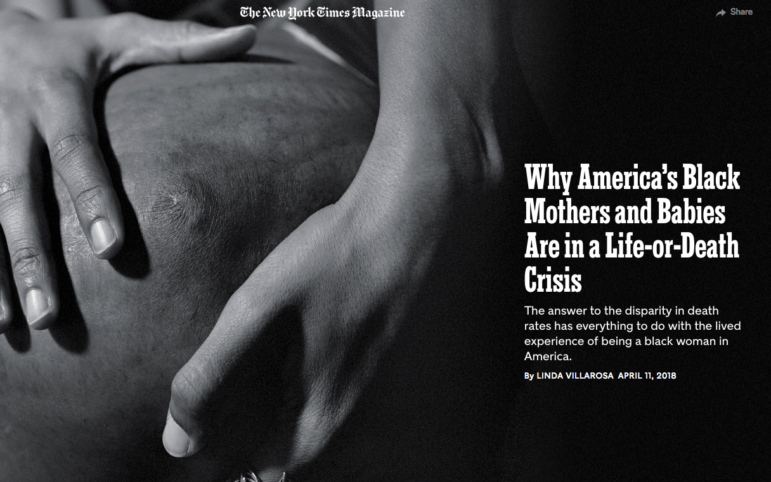 This New York Times piece follows the pregnancy of Simone Landrum and the support she receives from her doula, Latona Giwa (co-founder of the Birthmark Doula Collective). The article touches on the history of pregnancy-related issues and highlights the disparity between black and white maternal deaths. “Black infants are now more than twice as likely to die as white infants...” according to the article. It is widely thought that this disparity stems from social and systemic racism, which have proven physiological effects on black women. The story also emphasizes the role of doulas in decreasing the maternal death rate. (April 2018)

This six-part series from the Texas Tribune discusses the state’s maternal health issues and what the future looks like for pregnancy-related health care in Texas. One article emphasizes the importance of midwives, who are proven aids in lowering the number of pregnancy-related complications and deaths. Several sources told the Texas Tribune that midwives should be integrated into Texas maternal health programs and that insurance should be more accessible for the state’s pregnant women. Texas has the highest uninsured rate in the country for women ages 19 to 64 — 19 percent. The series also discusses a recent study that revealed the state’s maternal death rate, the closure of maternity wards in some Texas hospitals and the state’s move to improve conditions with programs like Healthy Texas Women. (January-July 2018)

This Huffington Post article talks about the California Perinatal Quality Care Collaborative, a project whose database and initiatives have been an integral part of the state’s recent and profound decrease in infant deaths “That state was the only one to see a decrease in perinatal deaths from 2014 to 2016,” the story reads. With data from more than 90 percent of California hospitals, the collaborative allowed Dr. Elizabeth Rogers to decrease, in three years, a host of problems at UCSF Benioff Children’s Hospital — rates of brain bleeds, necrotizing enterocolitis and deaths in the NICU. The hospital was able to implement new medical techniques to accomplish this feat in an impressive time, as it typically “takes an average of 17 years for research data to alter standard medical practice.” (August 2018)

Richland Source in Ohio put together this series about infant mortality and Richland’s fight to improve its high infant death rate. The series explains the most common causes of infant mortality (preterm births, birth defects and sleep-related reasons), the area’s public health programs and the overlooked external causes of infant mortality. Richland Source also elaborates on the Mansfield Community Health Access Project, a program that connects social workers with pregnant women to help with stresses and prenatal care appointments. The series also discusses programs that educate pregnant women and supplies them with innovative products to improve sleep safety for infants. (2016-2017)

Washington, D.C., has one of the worst maternal mortality rates in the country. Maternity wards in two of the city’s hospitals have closed within the past year. Black mothers in the city are twice as likely to have preterm births than white mothers. Half of black women and more than a third of Hispanic women aren’t receiving prenatal care early enough, if at all. But last month, the Washington Post reports, D.C. held its first Maternal and Infant Health Summit, where medical providers, policy-makers and community organizers gathered to brainstorm solutions. One of the most promising practices discussed was “Centering,” group prenatal visits to teach pregnant women how to care for their bodies. Learn more about this budding program and its role in D.C.’s maternal health care climate. (September 2018)

Recent proposals on the national level aim to lower maternal and infant deaths. One bill proposed would give money to hospitals for improving child birth plans. Another would focus on decreasing external stresses like poverty, racism and poor relationships — proven detriments to pregnancies. The proposal is modeled of a successful North Carolina program, called a medical pregnancy home. The Huffington Post details this program that incentivizes doctors to screen pregnant women during their first prenatal appointments. Women with high risk are matched with a pregnancy care manager to ensure that all factors for women are optimal throughout the entire pregnancy. 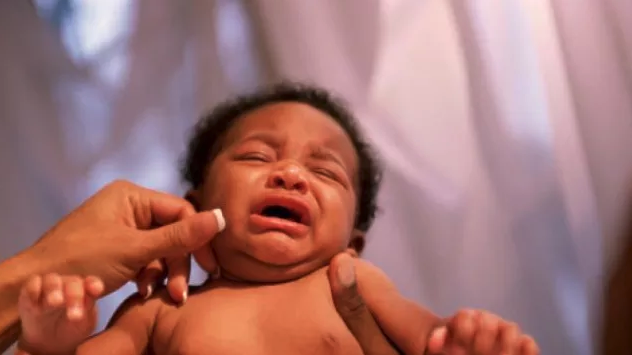 Preterm birth is the second largest cause of infant death. This article from The Root examines two Emory University studies published this year that link racism with preterm births and maternal deaths. These correlations also state that children born preterm are more likely to have cognitive and learning problems. (December 2013)

Read this story on The Root →

Why giving birth is deadly for black women ... and why it might get worse 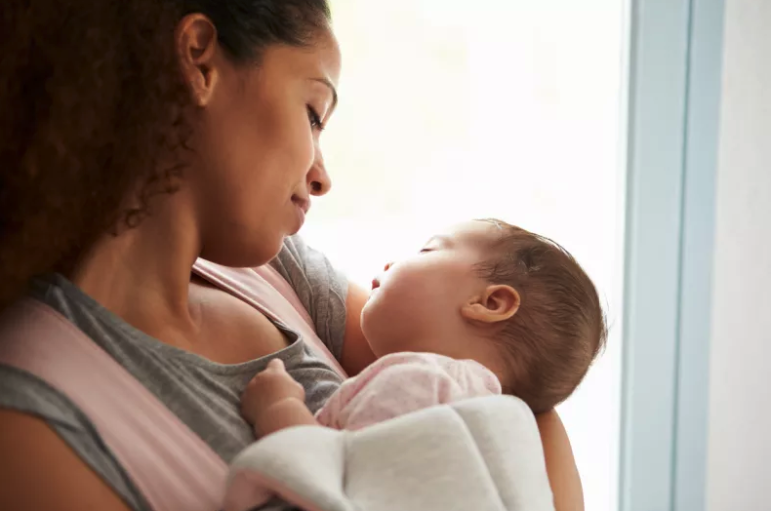 The World Health Organization found that the United States is one of the only developed countries with a rising rate of pregnancy-related deaths. And the driving factor, The Root notes, is the high mortality rate of pregnant black mothers, who are “between three and four times more likely to die from pregnancy-related causes than white women.” This piece elaborates on the racial gap and calls for a change of America’s historical mistreatment of black women in health care. The author argues for the expansion of Medicaid access in order to reduce the number of black maternal deaths and racial health disparities. (August 2017)

Read this story on The Root →

For more on black maternal health, exploring implicit bias among medical professionals and other effects of systemic racism in health care, The Root compiles all of its stories on the topic here.

Why has Pennsylvania's maternal death rate doubled in 20 years? A new committee will look at past cases.

The Pittsburgh Post Gazette reports that Pennsylvania is one of five states that does not have a perinatal quality collaborative — a proven, successful program that gives health organizations recommendations based on statewide data. With Pennsylvania’s rising maternal mortality rate in mind, the Legislature passed a bill to establish a Maternal Mortality Review Committee. Gov. Tom Wolf signed it into law last May to create a formalized, multidisciplinary committee to review maternal deaths and develop prevention strategies. The article discusses the committee and its potential actions. It will meet this fall and look back at maternal death data over the last few years in order to mark trends. The goal for the committee is to issue its findings within three years. (June 2018)

PublicSource's archive of stories on maternal health and infant mortality:

The battle against infant mortality in Allegheny County: exploring the progress and persistent challenges (October 2018)

PTSD in the nursery: When childbirth is traumatic, mothers often suffer in silence (December 2016)

Excerpts written by PublicSource intern Ross Holub. He can be reached at ross@publicsource.org.