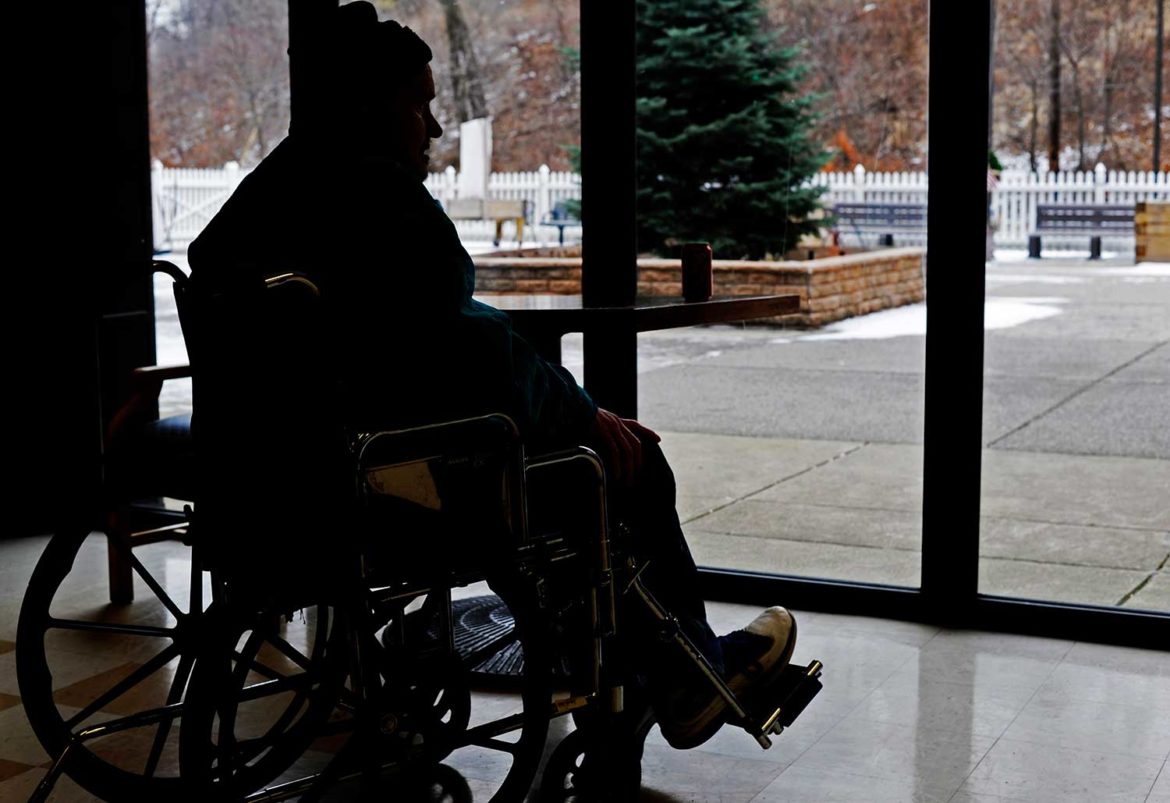 A veteran nursing assistant, whose job would include bathing, feeding and dressing nursing-home residents, worked an average of 80 hours a week for nearly the entire year at the Allegheny County-owned Kane Regional Centers.

For a licensed practical nurse, giving medications and tending to the wounds of 30 or more residents would be common. Does that get trickier near the end of a 12- to 16-hour shift, a norm for many of the LPNs employed by Kane?

Charged with considering a resident’s entire medical history during care, one registered nurse worked the equivalent of about 90 eight-hour overtime shifts in both 2012 and 2013.

That's just a slice of about 125,000 hours of overtime worked by the nursing staff of the four Kane nursing homes in each of those two years, according to county salary data analyzed by PublicSource.

Kane doesn’t limit overtime worked by its employees, according to Executive Director Dennis Biondo. That includes nursing staff on the front lines of caring for Kane’s 940 elderly and disabled residents, the vast majority of whom are low income and supported by Medicaid.

Nursing-home industry experts said that, while frequent overtime is common in the field, it has the potential to compromise the quality of care, leaving fatigued caregivers in situations that could have serious consequences.

“Presumably they’re not at their optimal best having to work that much,” said Joe Angelelli, a gerontologist and assistant professor at Robert Morris University. “It leads to conflict and errors, even injuries.”

The Institute of Medicine recommended that states block nursing staff from working more than 12 hours in a 24-hour period and more than 60 hours in a week “to reduce error-producing fatigue,” according to a handbook written in 2008.

The book cites studies that say extended work shifts and frequent overtime are “associated with difficulties staying awake on duty, reduced sleep times, and nearly triple the risk of making an error.”

Three of the four Kane nursing homes have below average ratings on the national five-star rating system, Nursing Home Compare. But there is no direct evidence that the use of overtime at the Kane centers has led to any specific errors or incidents.

“I haven’t seen that as being a problem,” Biondo said. “Do folks make mistakes? Yeah. But I don’t see that when someone makes a mistake it’s because they just worked a double shift.”

“The consistent overtime shows that you are running the operation with fewer resources than is appropriate,” she said.

The Kane Regional Centers — located in Pittsburgh, McKeesport and Ross and Scott townships — had more overtime costs than any other county department, but they also have the highest number of employees, with more than 1,000 working full-time.

Allegheny County Executive Rich Fitzgerald and County Manager William McKain declined to comment on the PublicSource findings. Fitzgerald is responsible for the administration of all county departments and McKain supervises the departments, according to the county’s home rule charter.

County spokeswoman Amie Downs said in an email statement: “Costs at all of our facilities in the county are constantly being monitored and measured by the county manager and his staff, and he will continue to do so moving forward.”

Downs declined to speak to the issue of how overtime might affect quality of care at Kane.

Kane employees earned about $6.4 million in overtime pay in both 2012 and 2013, according to county salary figures. But its not clear that hiring more workers would be cheaper than paying overtime.

To cover the overtime hours worked by nursing assistants alone, the county could hire about 45 full-time workers. That would cost roughly $2.3 million, slightly less than they spent in overtime.

The Kane staff also earned $3.34 million in overtime pay through the first half of 2014, which puts it on track to match or exceed the overtime totals from 2012 and 2013.

Nursing around the clock

Overtime shifts are a fact of life for employees of nursing homes.

There’s not a single day or even hour in the year that everyone can just take off, leaving the residents to get their own medicine or feed themselves.

“Staffing is a challenge in the industry, so quite frankly, there’s always a need and availability for staff to be able to do overtime,” he said.

Management at Kane tries to schedule overtime shifts ahead of time, if possible, said Biondo. In January, they posted a list of overtime shifts available for February on bulletin boards at each center.

The overtime shifts posted are approved by management, and beyond that, there are no internal controls on overtime, Biondo said.

There is also a daily overtime list, if people call in sick or take a personal day at the last minute. Biondo said it becomes very difficult to manage when staffing can change on a moment’s notice.

He said the employees earning much of the overtime are probably the go-to workers at each facility when administrators are in a pinch.

“We need them to come to work and we’re happy that they’re able to do that,” he said.

Biondo said having employees working overtime is preferable to hiring lots of new employees because of the rapport between nurses and residents.

Reasons for overtime hours could be anything from a flu outbreak to a drought of qualified workers in the area, said Ron Barth, CEO of LeadingAge PA, a trade association that represents 365 not-for-profit senior service providers.

“Clearly I think facilities would rather be fully staffed instead of relying on overtime or agency personnel to fill in the gaps,” Barth said. “Both of those are not ideal, but sometimes they’re necessary.”

No limit on OT

Yarnell said SEIU has members who don’t work any overtime and some who will work 60 to 80 hours a week. Their contracts have no limit on overtime they can take. It leaves that up to management.

Some nursing staff depend on overtime to improve their salaries. According to state statistics from May 2013, the average annual wage for nursing assistants in Pennsylvania was $27,850. The average nursing assistant’s base salary at the Kane centers in 2013 was $34,861.

Do you currently work at one of the Kane nursing homes or are you a former employee?

Are you a family member of a current or former Kane resident?

We’d like to hear from you and learn about your experiences with the Kane centers.

Janet Kulis, president of the family council for the Kane Center in McKeesport, said she has never heard any concerns or complaints about the nursing staff working a lot of overtime. But it makes sense to her.

“It’s a big place,” she said, “and a lot of people have been there since that place opened. The more experience you have, the more time you have off … and you have to put a body in there.

When nursing staff is stretched thin or tired from extended shifts, Yarnell said it could increase the chances of residents falling out of bed or dangerously trying to use the bathroom by themselves.

And it probably means you’re getting someone with less energy and less familiarity with the unit to which they are assigned, Angelelli added.

Systemwide, over nearly two years, there were 12 complaint investigations at Kane, from which 16 violations were found. None blatantly called out understaffing or tired workers as reasons for the deficiencies.

In October, an investigation at the Kane in McKeesport yielded the most severe violations for the system in years.

A resident with dementia was discovered with two gashes on his leg within four days, according to the Oct. 27 inspection record. An inspector concluded that the staff “failed to adequately investigate an accident/injury to prevent neglect,” and also did not report the incident to the state Department of Health, as required.

Kane reported to the Department of Health that its staff would be re-educated on conducting investigations.

About 84 percent of Kane’s violations do not involve actual harm to residents, just the potential for it, which reflects the statewide trend.

Relying on overtime might be viewed as easier than hiring more people because it helps the county avoid more built-in labor costs, like pension contributions, health insurance and payroll tax, Yarnell said.

Angelelli said: “It’s easier to say, ‘Let’s pay the people we have to work more.’ But if there are a lot of people working overtime, at some point they need to step back and say, ‘We need to bring more people on board.’”

The big difference, as Wagner put it, is that by hiring more nurses you’re going to be increasing the efficiency and morale of your employees.

It turns out, people are much happier when they’re not working 80 hours a week.